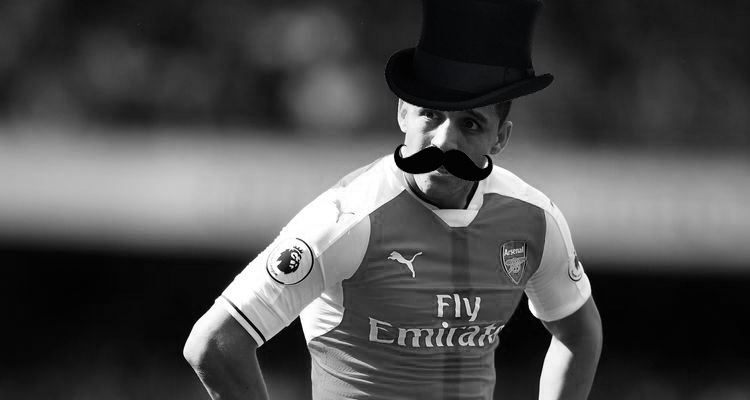 Hello, good morning, I am still about 43% rum so a very quick Sunday round-up for you.

In the Mirror this morning, a story about poor old Bayern Munich who fear that Alexis Sanchez is pricing himself out of a move there to force Arsenal to deal with Man City. The article says:

The Bavarian club’s hierarchy has been shocked by the figures being quoted to land the 28-year-old forward.

Oh my. Those poor, sweet, innocent administrators at one of the biggest football clubs in the world trying to sign one of the best players in the world after a 30 goal season. They’re just not designed for the cut and thrust of high powered negotiations as a 28 year old and his agent try and get the best possible deal for him. How could Alexis Sanchez be so mean to them?

Alexis: I would like a lot of wages please.

Bayern Munich: We are very sorry Herr Sanchez, but sadly all we can offer you to play football for us at our massive stadium with our clutch of wealthy corporate sponsors is a meagre stipend, some functional accommodation above a bakery and a large cauldron of Leberknödelsuppe.

Alexis: Mwa ha ha ha ha *twiddles fake moustache like a black and white movie villain who has just tied a woman to the train tracks*

So let’s take a moment this morning to think about beleaguered Uli Hoeneß, dismayed Karl-Heinz Rummenigge and all the rest of the lads at Bayern Munich who are living with this terrible fear every day. Perhaps, to make themselves feel better, they could use their financial clout to buy up all the best players from their rivals, thus rendering them uncompetitive and making the Bundesliga a shoo-in once again.

Also, if Arsenal deal with Man City over Alexis, I will be dispensing pitchforks and flaming torches via my new website: arseblogspitchforksandflamingtorches.com – first come, first served.

Also in the Mirror, we’re linked with Norwegian midfielder Sander Berge who currently plays for Genk – the club with a name that sounds like the medical term for the discharge from an untreated case of gonorrhea. I don’t know anything about him but he has two caps for Norway, which is two more than I have so I’m in no position to judge him.

If I had to assess this one though, I’d say it sounds a bit like one of those stories that an agent puts out there to raise the profile of a player during the off-season. I could be wrong, of course. Perhaps my cynical outlook will come back to haunt me, but let’s see what, if anything, happens with this one.

Finally (told you it was short), the CATALYST IS CHANGING. They are adding some ingredients to the pudding in the shape of an Australian fitness bloke. Apparently Darren Burgess, who has worked with Liverpool in the past, has been offered a job by Arsenal. Currently he’s the Head of High Performance with AFL side Port Adelaide.

Frankly, if he can hone the physicality of players so well that they can do the job while baked off their tits, I think he’s the perfect man for us.

Right, it’s warm here. Have a great Sunday folks, catch you tomorrow when James and I will have an Arsecast Extra for you too.