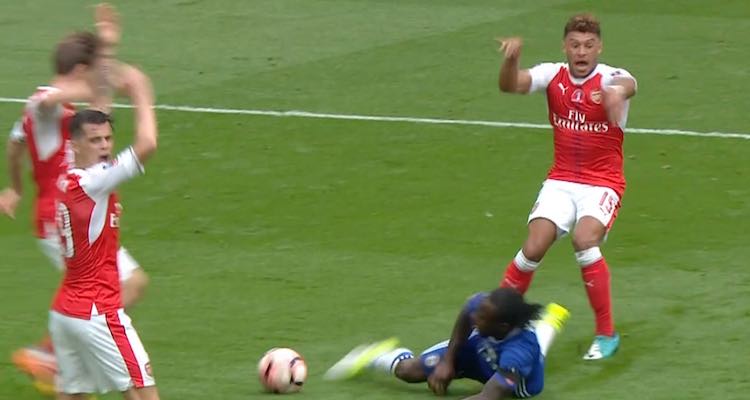 Good morning. It’s a bank holiday here in Ireland so this is going to be short, not simply because there’s healthy dose of *boilk*.

You see, we went out for some beers last night, chilled out bank holiday Sunday beers, then came home and watched 80s music videos before I decided I would have a crafty bourbon and play some tunes on Mixlr.

I’ll admit to you now that this bourbon, in the cold light of day, does not feel as crafty as it did last night. It feels a very long way from crafty indeed. Oh well, such is life. I will endeavour to learn from this experience and assess the potential craftiness of any late-night bourbons more thoroughly in the future.

Anyway, here we are. It’s a Monday and I would like to say ‘Fuck The Sun’.

THE SUN: Jihadi killer in an Arsenal shirt #tomorrowspaperstoday pic.twitter.com/n6pc7xr7Jp

I know this is not a stance that will surprise many of you, but it’s one I feel needs to be reiterated this morning. Fuck The Sun with a infected blue whale’s mickey. Football fans have known for years what a disgusting fetid rag it is after their abhorrent lies about Hillsborough and Liverpool fans, and in general it epitomises the very worse of tabloid journalism.

We can only speculate as to why they felt the need to tie Arsenal to the tragic events of Saturday night, but whatever their motivation it was utterly crass. What this person was wearing was beyond irrelevant. He killed people. What he wears, what football team he supports, what music he likes, none of it matters.

So, to just make my position clear once more: The Sun can go fuck itself. As can the Daily Mail, another reprehensible blight on society. Sometimes I see them give it away for free at Stansted Airport, but even at £0.00 it’s too big a price to pay to read it because each page robs you of a bit of your soul.

Arsenal jihadi. Fuck the daily mail and its readers too. pic.twitter.com/RVqwPzXI40

Meanwhile, it seems that Alex Oxlade-Chamberlain is set to turn down overtures from elsewhere and sign a new deal worth £100,000 per week. It would be good news if true because there had been serious whispers that he was on his way this summer. Perhaps those whispers were part of the negotiation process from his agents, but there was definite interest from Liverpool, and Man City were said to be sniffing around as well.

Although it feels like he’s been around for ages, he’s still only 23 and is heading into the best years of his career. To have developed him to this point before letting him go somewhere else to flourish would have been far too Arsenaly and at least now if he doesn’t kick on from here, we’re in a position where we can cash in if we let him go.

I’m hopeful he can really build on what has been a good season, but the key at this point is nailing down a position. Is he a winger or a wing-back or an attacking midfielder or a central midfielder? We just don’t know yet, although he has made it clear he sees himself as the latter. It’s something Arsene Wenger has spoken about more than once too, but until now he’s only ever played him there as a kind of last resort.

I’d imagine part of any renewal process will be tied in with assurances over where he’s going to play, so let’s wait and see if that becomes a sticking point or not. Hopefully not, and it would be the first positive step of the summer to make sure he stays.

Elsewhere, Kieran Gibbs is being linked with a £15m move to Newcastle, which sounds like a tremendous deal. It’s been clear for some time that he’s considered second-best to Nacho Monreal, and with the arrival of Sead Kolasinac this summer, he’s going to be the one to make way. With just 12 months left on his contract, I’d be very surprised if we got that much money, but however much we get his departure seems inevitable.

Right, that’s that for now. James and I will have an Arsecast Extra for you this morning. If you have any questions or topics for discussion, please send them to @gunnerblog and @arseblog on Twitter with the hashtag #arsecastextra. We should have that up for you around lunchtime.