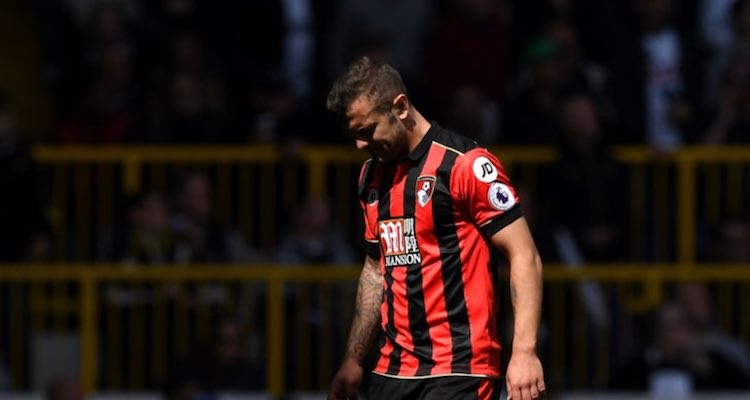 I have quite few Arseblog related email accounts, some of which have been in existence for many years. One of them in particular receives an awful lot of spam offering me things I do not want.

Weight loss tablets, mickey hardeners, things that can give me a six-pack (not of beer, of belly), pedicures, financial opportunities that seem too good to be true because they are too good to be true, pain relief, hair growing stuff, a miracle cure from gout, and so much other stuff I can’t even begin to go into.

These spammers are missing a trick if you ask me. They should get in on transfer news. That’s the real trick to get people to open these emails rather than just deleting them as useless. Right now everyone’s desperate for any kind of news there’d be a clickstravaganza if they sent out stuff like:

THE SECRET TO A ROCK HARD LACAZETTE or WOULD YOU LIKE TO EARN BIG MONEY FROM MBAPPE?

Imagine the engagement they’d get! And if it happens remember this blog post for I will go down in history as the inventor of Transpam. Speaking of Lacazette, our friend the president of Lyon has been speaking again (does he ever stop?)

Aulas, poor Yorick! I knew him, Horatio; a fellow of infinite jest, of most excellent fancy; he hath borne conflicting transfer tattle a thousand times; and now, how abhorred in my imagination it is! My gorge rises at it. Where be your spurious rumours now? Your headlines? Your clickbait? Your flashes of French fancy, that were wont to set the table on a roar?

Anyway, the latest, apparently, is this:

Lyon President Jean-Michel Aulas: "I do not think that Alexandre Lacazette will leave this summer." (Canal +)

Aulas: “I think Lacazette could leave but also stay but then leave before he stays after which he will go but not go at the same time. He is Schrödinger’s Lacazette.”

Aulas: “There are many great clubs interested in Lacazette. He will go to one of them. But one of them is us. And one of them does not even exist in this dimension. Which one? That is the mystery that only I have the answer to.”

Aulas: “Lacazette has told me he wishes to quit football to have an operation to become a human gazelle, like a really, really fast centaur. We will allow this but only for the right price.”

Aulas: “He now no longer wishes to become a gazelle, instead he will transition into a kitchen appliance that boils water at incredible speeds. Soon we will be selling millions of Lyon branded Lacazettles around the world.”

And so it goes. I suspect the best thing from now on will be to pretty much ignore everything he says, but then that’s unlikely to be an option in this never-ending 24 hour news cycle we live in. Remember when the world wasn’t just about the mad stuff that was on the news every minute of every day? When we could bake pies and leave them on our unlocked bicycles outside our unlocked front door and nobody ever did anything bad?

Meanwhile, the Mirror report that Jack Wilshere is a doubt for our pre-season tour of Australia as he continues to recover from the broken leg he sustained towards the end of last season. I know there are other more pressing issues, but his situation is really interesting to me.

Arsene Wenger has always been a huge believer in him and his talent, standing by him through countless injuries and off-field incidents which haven’t always reflected well on the England international. I do wonder if the fact Wilshere pushed so hard for a move away last season is one which has changed the relationship a bit though.

The manager granted him his wish to leave after he’d been left out of the England squad, and my reading of that was very much ‘Well, if you don’t want to stay and fight for your place at Arsenal, you can go, but your intentions have been duly noted.’

During the season Wenger admitted that he hadn’t spoken to Wilshere at all, saying, “I leave him to talk to his manager. When I can watch him, I do watch him.”

Not exactly keeping close tabs on him. And even after the injury there wasn’t any contact, when he was asked on April 20th if he’d touched based following the leg break five or six days previously, he said, “Not recently, no. I’ve followed the situation closely because he sees a specialist.”

Maybe it’s just me, but I find it a bit odd that there wasn’t some measure of contact during that period. I’m sure they’ve spoken since, but it makes me a little dubious over Wenger’s intentions towards Wilshere. He did speak about offering him a new deal, but Arsenal are very much in the market for a midfield player this summer, and in any event going into a season being reliant on Jack being fit would be a big risk.

It feels more and more like there could be a parting of the ways this summer, but obviously fitness issues will play a part there. When he suffered a broken leg in training on the eve of the 2015 Community Shield he was expected to be back in 6-8 weeks, he missed almost the entire season. Anything similar this time around would certainly scupper a transfer.

Whatever happens, it’d be good to see him stay injury free for a good while. I think there were signs during his loan spell at Bournemouth that the constant battles throughout his career have had a serious impact on him, but football is full of surprises. Maybe he can be one.

Right, that’s it for today. More from me tomorrow, and we’ll bring you the latest hourly Aulas updates over on Arseblog News.