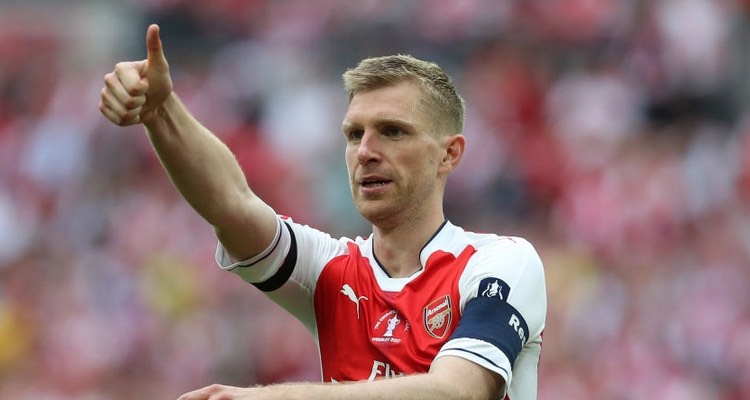 Hello, I’m back in Dublin now after a great weekend in London. Tired, somewhat pickled, but you wouldn’t change a thing about it. We’re obviously heading into a big week with that board meeting and the decision about the manager’s future, but I feel like we need to enjoy the FA Cup win for a bit longer.

There’s been enough speculation and all we could do now is try and read between the lines, so what’s the point when we’ll found out soon enough anyway? You don’t win the cup that often – well, we do obviously because we’ve won it more than anyone else – so you have to soak up all the good stuff while it’s fresh.

While there’s a lot to enjoy in general, I think we need to bask in one of the greatest individual FA Cup final performances I’ve ever seen: Per Mertesacker. Two weeks ago he would have felt his chances of even making the bench might have been slim. With Rob Holding emerging, Laurent Koscielny, Gabriel and Shkodran Mustafi all available, and even Nacho Monreal as another option, it was hard to see how he’d be involved.

Then Koscielny picked up that red card, Gabriel got injured, Mustafi got clobbered in the head and had dizzy-pukes, and just like that football opened up the door to him. The last time he’d started a game for Arsenal was on April 30th 2016 in a 1-0 win over Norwich, and he didn’t even do the 90 minutes then, coming off with a hamstring problem.

Of course he’d been training, but we all understand the difference playing makes. We hear all the time about players not being ‘match fit’, and to get there you have to play matches. He hadn’t. More than being able to run and last the 90 minutes though, it’s about your timing, how you read the game, fine-tuning your decision making, and on that basis alone what we saw from Mertesacker on Saturday was remarkable.

There was one tackle in the box in the first half, he slid in on Costa I think, and hooked the ball away perfectly. That was reassuring. There was another when he came sliding in to block Costa from having a shot on goal, it ended up with an Arsenal goal kick. To come into a team, on a hot day, on a big Wembley pitch, and time your tackles so impeccably is just outstanding. 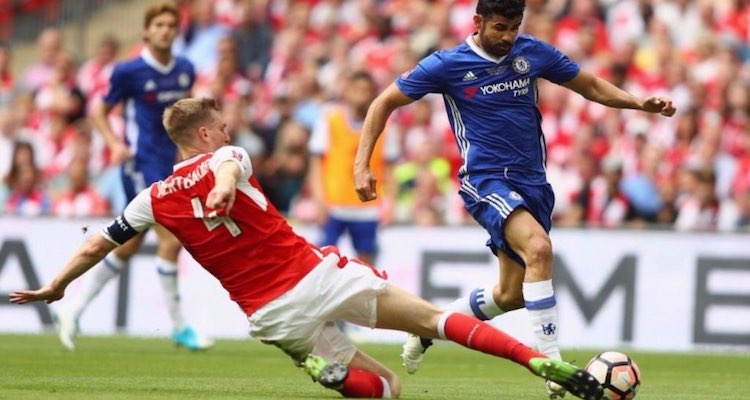 He won his headers, used the ball well, kept things organised and marshalled his defence brilliantly. It was a huge collective effort – epitomised by this wonderful block by all three centre-halves – but when people speak about Arsenal lacking leaders, they certainly did not on Saturday, because the German was exactly what we needed. It’s also worth pointing out that pre-game he admitted he’d never, ever played in a back three during his career, adding another layer of awesomeness to his overall performance.

I enjoyed his post-match interview as well, as it backed up what he said before the game about owing the club a performance:

Everyone trusted me and supported me throughout the season and the manager gave me the opportunity. Our team had three centre backs out and he didn’t go small, he went with the big fella and I wanted to give something back to this club and this team.

I could feel the trust of the team and of the coaching staff is vital in those moments when you struggle and when you are out. A lot of people forget about that but this team always believed in my qualities even when I was out for a long time, even when I was injured or supposed to be old.

If he felt he had a point to prove he definitely did that on Saturday. To the manager, to those who questioned why his contract was extended back in January, and maybe even to himself. As confident and assured as you are, there must come a time when, having not played for so long, you start to have some doubts. And knowing you’re going to be under the spotlight on a big day with such big pressure to get a result isn’t easy to deal with either, regardless of how experienced you are.

To top it all off, I can’t even find words to say how much I enjoyed the way they kept Costa quiet, and the good cop-bad cop routine he and Rob Holding put together. Mertesacker said:

We went to work on Diego Costa. Rob was giving him a really hard time. I kept patting him on the back, being friendly, while Rob kept on talking to him. A good double act. It was very exciting to see how quickly things can turn.

How brilliant is that? We’ve all seen the Holding photo after that coming together very early in the game:

But the idea of a 21 year old centre-half in his first season of top flight football relentlessly sledging a player like Costa while Mertesacker winds him up a different way is just amazing. Not least because it’s obviously something they decided to do before the game. It is the cherry on top of the icing on the cake, and the cake is already delicious. That’s why we need another slice this morning.

I should point out that there were other fantastic performances on Saturday, right throughout the team, but given the circumstances there was something just a bit special about what Mertesacker did. We have, it is true to say, got a Big F*cking German and we also have the FA Cup. And I like it.

Right, that’s that for this morning. There will be an Arsecast Extra today at some point, but because James is away in Greece doing some filming, the schedule is a bit tight so it might be a bit different. Anyway, we’ll see. As ever, if you have questions, please send to @gunnerblog and @arseblog with the hashtag #arsecastextra and we’ll do our best to get to as many as possible.