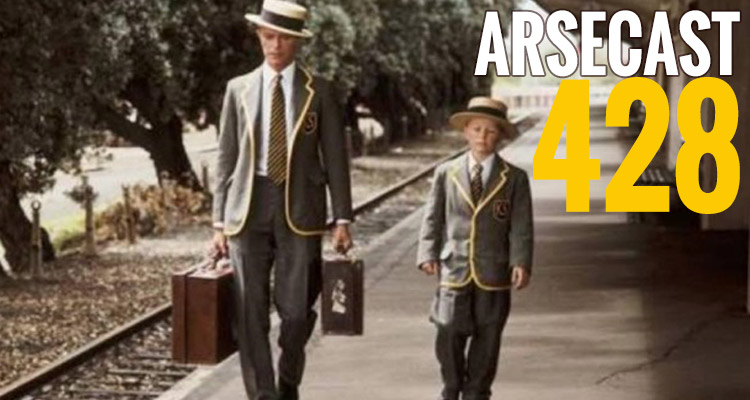 Morning, happy Friday and the blessings of the arse to you all.

Arsene Wenger’s press conference took place yesterday as we get ready for Sunday’s game against Manchester United. Considering the opposition, and the manager, it all feels pretty low-key to be honest. The chances of Arsenal finishing in the top four are very slim, and this is a game in which 6th meets 5th.

It’s sort of underwhelming for a game between these two sides, a game which, if it was taking place at this time of the season a few years back, would almost certainly have been one which went a long way to deciding the destination of the title.

That’s not to say I don’t want us to beat them, of course I do. As the season has gone on, expectations have lowered, and at this point beating United would be like … not a trophy, obviously … but possibly like getting something out of a Christmas cracker that wasn’t just a piece of plastic crap and in some way useful. A key-ring bottle opener perhaps.

The manager knows top four is out of our hands, but just in case there’s a miracle collapse of everyone in front us, is targetting the three points:

It is a big game. Of course every big game boosts your confidence, but for us more than focusing on the fact it is Manchester United, a big club and a big rivalry over the years, what is important is to have the chance to achieve our target. We have no choice, we have to beat them.

I’m not necessarily convinced by the suggestions that another big game is the best thing after losing a big game previously. If you gave me the choice I’d happily play Sunderland every week from now until the end of the season. I’d like a small game, an easier game, because I just have no idea what it is we’re going to do and how we’re going to contrive to do it.

As ever, there was the weekly question about the manager’s future, and the weekly rebuttal of it. Pressed on previous comments about how we’d probably know in March or April and now it was May and we still don’t know, the manager said:

That means I was wrong.

He also said a top four finish or a finish outside the top four would not be a factor in the decision. Make of that what you will, but whatever the hell is going on, it cannot be healthy. I’m beginning to suspect we have a situation where, genuinely, nobody knows what’s going to happen.

My understanding is there are issues between the manager and the board, communication is almost non-existent and whatever is being said about mutual decisions, and whatever might be said about how everything’s hunky-dory behind the scenes, the truth is there are problems and divisions.

Lack of communication would explain why Wenger is saying nothing, it would explain why Ivan Gazidis is in no place to make any comment because he’s none the wiser, and it would certainly go some way to explaining why the only thing we’ve heard from the club in months is a 71 word statement which provided as much clarity as a baboon smearing one of his mighty plops on your car windscreen*.

And where is our majority shareholder? Beats me, we know he’s not around very much, that much is clear to everyone, but apparently at one of only games he attended this season, Stan Kroenke left at half-time because it was too cold. The blankets and heated-seats of the Director’s Box were not cosy enough for a man who owns sports franchises in sunny Colorado.

Aside from that, however, I thought the manager spoke well on the issue of mental health in football. Particularly about how the culture of the game, where you cannot show weakness, makes it difficult for players to seek help when they need it.

In the light of the Aaron Lennon story this week, it was great to hear him be so upfront about it, and hopefully the more people talk about it, the more understanding there’ll be for players – and people in general – who feel like the stigma attached to mental illness prevents them from getting help.

For some extra reading this morning, here’s a great Tim Stillman column on how a lack of creativity and footballing technicians has affected our football in recent times.

Now though, it’s time for the Arsecast. On this week’s show I’m joined by the Man from East Lower to discuss all the latest exciting, exhilarating goings-on at the Arsenal, including this weekend’s game with Manchester United. After that I chat with United fan Musa Okwonga about that match, but also some of the other less pleasant things that have been going on in football this week – racist incidents, and the issue of mental health among footballers. There’s the winner of the Mesut Ozil book competition, a chance to win a *boilk* mug and all the usual waffle.

We’ll have all the news throughout the day on Arseblog News, so in the meantime enjoy the podcast, tell your friends, and I’ll be back here tomorrow with some weekend guff.

*I have no idea how or where this would happen, I just couldn’t get the image out of my head so I had to share it. You’re welcome!