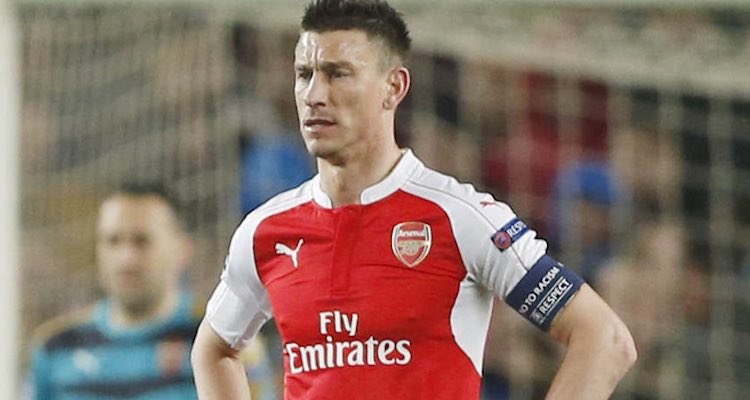 Whatever else happens, we’re heading into a really hectic period of the season now. We know when eight of our last ten league games are going to be played, but if you check out the fixture list you have to take into account that there are two games that have yet to be scheduled.

There’s a trip to Southampton and a visit from Sunderland that still need to be sorted out, and when you look at the dates there’s not a lot of room to fit them in. I suspect one of them will go between the trip to White Hart Lane on Sunday April 30th and the home against Manchester United on May 7th, and the other before or after the game against Stoke on May 13th.

I’m making assumptions here based on the, perhaps misguided, belief that they’re not going to try and fit one inbetween our game against Boro on April 17th and the FA Cup semi-final against Man City the following weekend.

Still, isn’t it nice to have something else to be uncertain about. We don’t know who is going to manage the club next season, seven weeks away from the end of this current campaign. We don’t know what’s going to happen with Mesut Ozil and Alexis Sanchez, nor a clutch of other players whose contracts expire in 12 months time. And we don’t even know when all of our games are going to be played.

WHAT A TIME TO BE ALIVE!

The only thing I will say is that games allow us to concentrate on games. Which sounds obvious, but a two week Interlull after a 3-1 defeat to West Brom allows that kind of wound to fester a bit. Not that Man City provided much of a dressing, but you know what I mean. I do think sometimes there’s so much other shit going on and so many other things to talk about that the football almost becomes incidental.

Now, the football itself, when you stop and think about it, hasn’t been particularly enjoyable for quite some time, and clearly results and performances are the main driver behind people feeling disenfranchised, but when you have a match every three or four days, that helps it remain the focus and not all the other stuff that’s going on around it.

We have West Ham at home tomorrow night, and their recent form should give us some hope. Their last 6 league games have brought them: D-D-L-L-L-L

Clearly they are no match for our mighty run of form – L-L-W-L-L-D – which looks like a truncated name for a Welsh town.

It looks as if we’re going to be without Laurent Koscielny who is suffering from an Achilles problem, with Arsene Wenger unsure of exactly when he’s going to return. That’s a blow and, despite the fact that his form has also suffered as the collective have struggled, I feel like he’s been rather unfairly tarnished by Gary Neville this week.

On Sky after the Man City game, he said of Koscielny:

Koscielny always goes off. He’s a centre-back. He plays to half-time and then goes off. He might have a bit of a problem with his Achilles and I might be being very harsh, but he went off against Bayern Munich and went off in a big game today.

To be honest you’d expect better from a pundit who is generally pretty level-headed and who, as much as anyone, must understand the difficulties of playing with an injury. Achilles problems are painful and difficult to solve, but I also think the implication went beyond suggesting he was a bit injury prone.

To me it sounded as if he were questioning Koscielny’s character, and I think that’s particularly unfair. Saying ‘he went off in a big game’ implies something beyond being injured, so let’s look at the evidence, shall we?

Koscielny has played 41 games this season for club and country. In 37 of them, he has played the full ’90’ minutes – but of course with injury time in both halves he’s done more than that. One game saw him sent off early in the second half, and he was substituted against Bournemouth away (injury), Bayern Munich (injury) and on Sunday against Man City (injury).

Isn’t it much more likely that a player who has played that much – and nobody has started more games for us this season than him – is now feeling the effects of that schedule? He has had Achilles issues before, he’s been nursed through periods of previous seasons because of it, and now it’s got to the point where he has to rest it. End of story.

You’d really think there’d be greater understanding of that, and to imply that he doesn’t have the character for ‘big games’ makes it look as if you really haven’t paid attention to a player who has always given us 100% every time he plays. Maybe he’s not as demonstrative as someone like Alexis, but to question his commitment is completely wrong in my opinion.

What the manager does without him remains to be seen. Mustafi and Gabriel against Andy Carroll? The West Ham man will be licking his lips at that, I’m sure. Is Per Mertesacker fit enough to play? Would it be too much of a test for his first game of the season? Can we think about Rob Holding? I guess we’ll see.

The manager meets the press this morning so maybe there might be a question about that. We’ll have all the news and team updates etc over on Arseblog News throughout the morning.

Briefly, before we go, PSG have started the transfer dance over Alexis, another story that will dominate the headlines over the coming weeks. It can slot in nicely alongside the manager’s contract – which the club will continue to ignore despite the very real need for clarity – and everything else.

Finally, a quick comment on David Moyes and what he said to a BBC reporter after an interview a couple of weeks ago:

It was getting a wee bit naughty at the end there so just watch yourself. You still might get a slap even though you’re a woman. Careful the next time you come in.

He might have been jocular when he said it, but it’s no joke. It’s an appalling thing to say, and while giving someone a slap is a phrase that is widely used, I think there’s a particular connotation when aimed at a woman. A ‘know your place’ type of thing, and I really don’t believe this is something that should be laughed off or dismissed by the ‘PC gone mad’ brigade.

It doesn’t matter if she laughed, it might well have been nervous laughter for all we know, and the fact that he has come out and said how much he regrets what he said shows he knows how wrong he was. I’m not here to speak on behalf of another gender, but it is more difficult for women to be taken seriously in the football world and this kind of shit from a Premier League manager only emboldens those who feel like they can make the ‘get back in the kitchen’ type remarks which are still far too common – and yes, I know it’s not all men.

I’m sure many see his comments as harmless or just a bit of ‘banter’, and unfortunately that’s a big part of the problem. I don’t really understand the desire to make excuses for him. He’s up there with Keys and Gray now for me, and that’s a banter bus I wouldn’t ever take a lift from.

Right, still time to listen to this week’s Arsecast Extra which looks back at Man City, has a good chat about Hector Bellerin’s pace, we do a Premier League prediction for our last ten games, and much more. Listen below.