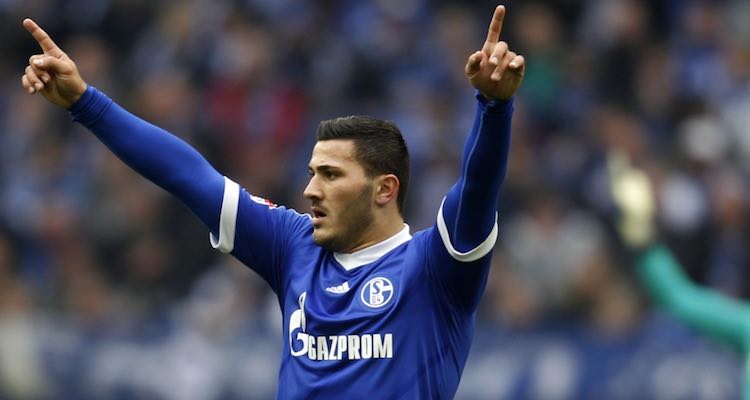 It’s the weekend and we have no game, so why not start this morning’s blog with a delicious piece of transfer news?

According to those that are in the know, we’ve agreed a deal with Bosnian left-back Sead Kolasinac who will join on a free transfer in the summer. His contract with Schalke expires in June, and the story is he will eschew an offer from Everton and come join us instead.

Now, I don’t know a lot about him as a player, but he’s 23 and it’s clear that the club have been after a left-back for some time now. Since January of last year there have been links with lots of players for that position, all around the age of 23 or younger, so they’ve definitely been looking for someone to do the job long-term.

Kieran Gibbs is a bit-part player, starting just three Premier League game this season and despite what the manager said last week about keeping him, I think he’ll move on at the end of the season. Nacho Monreal is 31 now, not ancient by any means, but it’s certainly an age at which you have to start future-proofing your squad.

So, I think we can see that this is the first step in the CATALYST FOR CHANGE. I kid, of course, but does it give us an indication of who is going to be in charge next season? We know Arsenal are not a club who, like many others throughout Europe, has a Director of Football who recruits the players and then coach then has to work with them.

That job is Arsene Wenger’s. He rubber-stamps the deals, he’s the one who decides who comes and goes, and if the club have sanctioned a deal for a new player, it will have been on his say-so. Maybe they’ve collectively agreed that whatever happens this summer, this is a player who will be good for Arsenal, but my guess is they’re still working on the basis that the manager now is going to be the manager next season too.

On that, there was nothing forthcoming from yesterday’s press conference about his future. We chug on none the wiser, and Wenger says ‘nothing has changed‘ in his relationship with Stan Kroenke. Whether that means it has changed with others on the board, I have no idea, so round and round and round we go.

The manager was asked about the reported £300,000 a week deal about to be offered to Alexis Sanchez and as I said he would yesterday, refused to say whether that was real or not. He did, however, stress that the club’s wage structure has to be respected, saying:

You have many different opinions. Some people tell me: ‘Just give him what he wants.’ But then you cannot respect any more any wage structure and you put the club in trouble as well. You have to make the decision in an objective way. The club always has to be the priority. I understand top players are a big priority but, even for important players, you can only pay as much as you can afford.

Which is a reasonable point of view, even if it does frustrate some people. To have such a massive disparity between one player and all the rest can cause serious problems. Imagine if we have a situation now where someone like Laurent Koscielny, generally one of the season’s most consistent performers, is on £100,000 and Alexis is on £140,000 – that’s a pay-gap he can probably live with.

Being on £100,000 while Sanchez is on £300,000 is one that causes issues, not just with Koscielny but with others who will feel – and I’m not saying they’re right or wrong here – that if he’s earning that then they should be earning more. It’s human nature, it’s the nature of footballers and agents, it’s not something you can deal with by telling others to ‘get over it’ or ‘play better and you’ll earn more’.

Those huge gaps can only exist if you’re someone like Messi or Ronaldo, truly head and shoulders better than everyone else, and as much as I like and want to keep Alexis, and as much as I see him as our most effective contributor to goals and assists this season, he’s not in that bracket. It’s something that’s also complicated by the wages paid by other clubs.

It’s why I feel like this report is not necessarily one that’s been leaked with good intentions. If it’s from the Sanchez camp it’s designed to turn up the heat on Arsenal knowing that his stock is high and other clubs are interested; if it’s come from Arsenal it’s aim is to cast the player as the greedy one and shift the blame off the club. Like a lot of things right now, it just feels like a horrible, messy situation that is unlikely to have a happy ending for fans.

The manager also touched on stories linking Marc Overmars to the Director of Football role, and more or less shot them down. Asked if the club need that kind of structural overhaul, he said:

No. You know, it’s always difficult, we spend a lot of time in our society to focus on things which are superficial, and not take care of the essential. The essential in football is one thing: good players on the football pitch.

I might be in a minority here, but I feel like we do have good players on the pitch, but players who are underperforming as a collective and that’s on the manager. As for the idea he thinks of a Director of Football – and putting in place structures that will enable the club to move beyond the set-up you have with a legacy manager like Wenger – is something superficial, that’s disappointing to say the least.

In some ways I understand it from his point of view. He has never worked with that kind of structure, and if he’s going to stay why would he change now? This is a 67 year old leopard, so the idea that at this stage of his career/life he would suddenly change his spots is fanciful to say the least.

Right, that’s your lot for this Saturday, no football today so have a fun day whatever you do, and I’ll be back tomorrow. In the meantime, enjoy some aural pleasure with this week’s Arsecast.