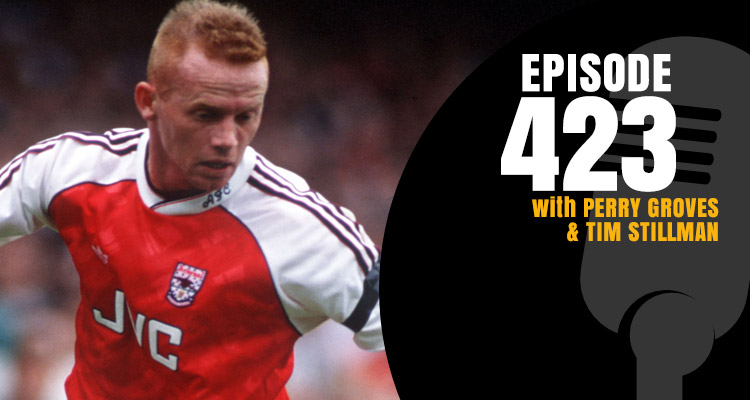 Morning all, welcome to Friday, another week almost done. Unless you have to work all weekend too, in which case I’m sorry for reminding you it’s Friday

The manager held his pre-Man City press conference yesterday and as you would expect there were questions about his future, his decision, when are we going to get the decision, why aren’t we getting the decision and all the rest.

Arsene Wenger was giving nothing away, but said he was more or less sure what he was going to do:

I’ve always been very clear in my mind and I will remain like that.

Ok, which suggests there’s no reason for not telling people, but he added:

It’s a subject that at the moment is not sorted completely out.

What could that mean? Is it wages? Bonuses? How big the ‘war chest’ is going to be? Or something else entirely? In today’s Arsecast, Perry Groves drops a very interesting little snippet as to what that might be, you can hear that below.

If you’re a glutton for punishment you can read a full transcript of the press trying to squeeze information out of the manager, and him batting away those questions time after time. He says the next game is the most important thing, which I can understand, but the question of his future is one which is now dominating every single Arsenal discussion. You can’t get away from it.

It is, with ‘Wenger out’ signs being held up at events all over the world, fast becoming something of a meme and the continued lack of clarity is, I believe, unhealthy for the club and for the team. I guess all we can do is hope someone provides that clarity sooner rather than later, and that it’s not once more reflected in the performance when we face Man City on Sunday.

We’ll have more on the City game over the weekend, but the early team news is that Petr Cech is out with a calf problem picked up at West Brom, while Lucas Perez is also going to miss the game with a thigh injury. Apart from that everyone else, bar Santi Cazorla, should be available. And it’s no surprise to learn that the Spaniard’s season is over, the surgeries he’s undergone preclude any return to first team action before the start of the next campaign.

There was also chat about the futures of Alexis Sanchez and Mesut Ozil, with Wenger sounding fairly relaxed about the whole thing:

You know, they’re not out of contract at the end of the season. I personally believe that both of them want to stay and I hope that the club will find an agreement with them.

We’ve been here before, of course, with players he believes want to stay but in fact don’t stay at all. The stories linking Sanchez with Chelsea were played up by the mistranslation – something I wrote about yesterday – and while there was an admission we’d sold big players before to rival clubs, the manager insisted that was not going to happen this time around:

It’s true that it happened before when we were in a position where financially we had to sell our best players, and that’s not the case any more.

Again, you can understand why people might be cynical about a statement like that, but the financial pressure to sell to a rival is gone now. There’s absolutely no reason why we’d countenance a sale to someone like Chelsea. If he sees out his contract and goes there on a free there’s not much we can do if that’s his intention but a) I don’t believe it is and b) we certainly won’t be selling him there this summer because that would cause ructions. And rightly so.

Contract issues aside, Wenger was interesting on the introduction of VAR (Video Assistant Referees), in particular highlighting how it could more or less wipe out corruption of referees – and I think he very deliberately highlighted that.

Right then, time now for this week’s Arsecast, and my first guest is former Gunner Perry Groves who has an interesting suspicion about why there’s been such a delay in announcing whatever needs to be announced when it comes to Arsene Wenger’s future. We chat about the current situation, whether or not that is affecting the players on the pitch, Mesut Ozil and Alexis Sanchez and the Man City game on Sunday. Perry also provides details about how you can Play With A Legend – @playwithalegend, so check it out.

Then I chat to Tim Stillman about the manager, VAR (Video Assistant Referees), and there’s more on the City game. We have some vintage news, a chance for you to win a *boilk* mug and a healthy serving of the usual waffle.

For some extra reading this morning check out Tim Stillman’s column which looks at supporter’s groups around the world and the global reach of Arsenal. The Gent should be here later (ether permitting), with his weekly review, and we’ll have all the day’s news over on Arseblog News.

Enjoy the podcast, have a good one.