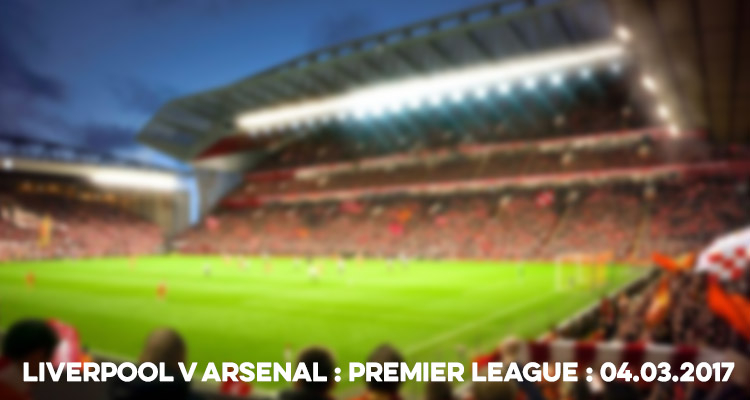 It’s been 21 days since we played a Premier League game, that scintillating 2-0 victory over Hull which came after those disheartening defeats to Watford and then Chelsea.

Today we travel to Anfield to play Liverpool, and it’s a game that is hard to predict, but if it also went one particular way you wouldn’t be surprised. The form of both team is patchy, and the home side have struggled far more than us recently with just two wins from their last 12 games.

To help balance that out though, our record away from home in the ‘big’ games is undeniably poor, and if there’s a team that can do everything it can to help restore confidence, belief and swagger to the opposition, it’s us. It’s that away record which looms largest though: two wins from the last 18 on the road against Chelsea, Liverpool, Sp*rs, Man Utd and Man City.

It’s something Arsene Wenger touched on in the build-up to the game, saying:

Our recent history being negative doesn’t help, but we have to be strong enough to deal with that.

In terms of our team news, it looks as if we’ll be without Mesut Ozil who was stricken with illness during the week and reportedly hasn’t recovered in time. It might lend itself to a more defensive approach today, as Wenger acknowledges the fact he’s not necessarily designed to work in that system:

If you want to park the bus, then you lose Ozil. He is a guy who needs possession. With possession, he is a marvellous player.

But if it sounds as if that’s going to be the way we play today, he also spoke about how his team became too passive in the games against Everton and Man City and that was, to his mind, what cost us on both occasions. Having gone ahead we ended up losing both 2-1, and it sounds as if he’s urging his team to believe they can take an advantage and run with it:

We lost at Everton and City after being 1-0 up and it was because we were not proactive after we went ahead – we were too passive. What is most important for me now is the attitude to just go for it – to go and take.

What is linked many times with belief is a passive mode and not enough pro-activity. You have to make things happen. It is always a mindset. How do I bring it out in the players? By making them conscious of it.

Is this the manager trying to convince his players of their ‘mental strength’? You wonder if they have become immune to the beat of that particular drum. However, it seems impossible not to find the correlation between these away results and our style. Most of the time we go out to play our own game, which the opposition know well and can predict, rather than adapting the way we play to the difficulty of the challenge.

Everyone points to that Man City game a couple of seasons ago – how we sat deep, and took our chances when they came. As time has passed, you can’t help but wonder if that was actually a deliberate plan, or just a massively impressive defensive effort on the day because they were so much on top and had so much of the ball. If it was a tactic and it worked so well, why have we barely seen it since?

The other win in that run of 18 was a 1-0 away at Sp*rs when Rosicky scored a belter in the first couple of minutes, and again it was one of those where we defended well because we had to, not because that was necessarily our game plan.

I think the reason the manager wants his team to believe they can go for it and outplay Liverpool today is because he has more faith in them doing that than pulling off a park the bus defensive approach and grabbing some counter-attack goals. We just aren’t that kind of team. Even when it’s obvious that we need to dig in and consolidate defensively – I’m thinking of Bayern this season when we needed to keep the scoreline down – we can’t.

So what choice is there but hope that it clicks from an attacking point of view and that Liverpool’s own defensive instability is exposed? To be fair, there’s plenty of attacking talent. Olivier Giroud is back in the squad, and the manager can choose a front three from the Frenchman, Alexis Sanchez, Lucas Perez, Theo Walcott, and Danny Welbeck. Not too shabby.

Who he picks to replace Ozil will be interesting. Will he slot Alex Iwobi in there, given he’s done that job before? I think the 20 year is an excellent talent, but still quite inexperienced and he looks a little overplayed to me at the moment. Aaron Ramsey is back and could form part of a more traditional midfield three, but will his fitness issues play a part in Wenger’s thinking? The Welshman hasn’t played since the end of January, so the possible bonus of fresh legs has to be held up against his match fitness.

Alex Oxlade-Chamberlain could also be a contender, with Xhaka and Coquelin the most likely duo behind him given the injury to Elneny, but whatever team he sends out to start tonight really needs to do themselves justice. They’ve had the best part of two weeks off, they should be fresh, ready, and well prepared for this game, and they’re playing a team whose form is in the toilet in recent weeks.

Liverpool will no doubt be looking to ‘bounce back’ after their defeat to Leicester on Monday night, but their problems were exposed by a bunch of lads who have barely tried this season, so it’d be disappointing if we couldn’t trouble them today.

It’s generally a fixture that throws up goals. Liverpool beat us 4-3 at home on the opening day, we drew 3-3 there last season, and considering the defensive issues both sides have, I’d be very surprised if this was a low scoring game. Let’s just hope we’ve got the edge in terms of firepower.

If you can’t see the game later on, we’ll have a live blog for you. You get up to the second text commentary on your computer, tablet, phone etc, and there’s a chat room where you can shoot the breeze with fellow Gooners during the game. Check back later for a post with all the info, or bookmark the live blog page and updates will begin about an hour before kick off with team news.