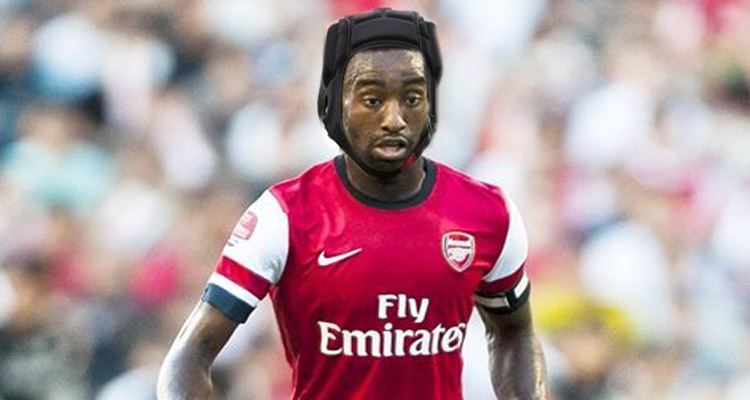 Remember when we had bad results in the past, they’d bring out poor old Johan Djourou to do the post match interview. You know the one, cross these off your bingo-list if any of them ring a bell:

And all the other things nobody really wants to say because they’re so self-evident, compounded by the knowledge that nobody wants to hear you say them in the first place but there are media duties that have to be performed. I often thought of Djourou in those moments, his toes curling, cringing on the inside, quite literally taking one for the team as the rest of them sauntered off down to Stringfellows for a night on the Babycham.

Maybe those first couple of times he thought ‘Hey, maybe the team will pay attention and actually learn from this and maybe the fans will realise that I do understand we let ourselves down and are determined to do better next time‘, but there must have come a point fairly quickly when he realised none of this was happening.

Probably the first time he ever saw the replies when the official account Tweeted out one of these stories and got a litany of ‘Ur shit m8’, ‘Y Park does not get chance to play, top striker!’, and ‘I HOPE YOU ALL DIE’.

Now, Johan Djourou is gone. Playing for Hamburg, still enjoying some banter with Arsenal ‘fans’ on Instagram, but of course when we do lose a game or play badly, those media duties still have to be carried out. For a while it was Per, big F-Captainy Per having to stay the stuff we all knew he had to say, but since his injury he’s obviously been out of action and unavailable for this most rewarding of jobs.

So now, Petr Cech is the new Johan Djourou. He’s obviously an experienced player, one who has seen a lot in his career – even in the short enough time he’s been at Arsenal – but he also seems like a very nice man. I know there are those people out there who are angry at everything. There isn’t a single thing that doesn’t make them furious or apoplectic with rage.

“Grrrrr, this air is particularly airy today”, you know the kind.

But your average person, dare I say your ‘normal’ person and not the one whose default setting is INTENSE WRATH, would find it quite hard to get cross with Petr Cech. You simply look with weary resignation at the story about how they have to learn, do better, concentrate for 90 minutes and all the rest. Then make a cup of tea and perhaps have Lidl chocolate bar which is a rip-off of a Mars bar and move on with your day.

That’s not to say there aren’t things we can do and should be doing now in the wake of the defeat to Watford. There are longer-term issues but between now and the end of the season, what can we change that might affect the team in a positive way.

1 – Move Alexis back to centre-forward

I like Giroud, he has a fine beard and a rare propensity for scoring late goals. All the evidence this season show how much of an impact he can make late in games, so let’s play to his strengths in that regard. It’s not punishing him, despite the fact he’s made an excellent contribution this season, but using his strengths for the benefit of the team.

We’ve also played our best football this season with Alexis at centre-forward. We can use any two of Danny Welbeck, Theo Walcott, Lucas Perez and Alex Iwobi outside him, to give us that pace, fluidity and movement that other teams find much more difficult to cope with than they do dealing with a traditional, relatively static front man.

2 – Stop playing a centre-half at right back

While we’re on the Djourou theme, can we please never play Gabriel at right-back again? It’s nothing personal, but he is a central-defender and that’s that. He does his best and tries hard, but the team obviously misses a natural right-back like Bellerin. Any team would miss a player as good as the Spaniard, but if he does miss more games with his ankle problem, let’s use Debuchy or Jenkinson.

Neither have a long-term future at the club, but they’re professionals and it’d be fair to say some good performances if given the chance might widen their options when it comes to the summer.

His unbeaten run is one of those really tedious ‘stats’, that are thrown around as if they’re relevant in any way. The fact the Watford game was his first defeat in an Arsenal shirt was down to circumstance (missing the games against City and Everton), and not because he was the defensive rock on which our good form was built. It was a collective effort in which he played 1/11th of a part (or 1/14th if we brought on subs).

He has shown promise, and played very well at times, but he’s also just 24 – still quite young in the career of a centre-half. There have been worrying moments too, and with plenty to choose from in that position, it’s something the manager should be pondering.

This may well prove the most challenging, and the most important. It’s very hard for a team to play well without a functioning midfield. I realise it was early days, but I really thought there was genuine promise in the Xhaka – Ramsey pairing. There appeared to cohesion and understanding, and they seemed to suit each other pretty well. However, Xhaka’s red card and suspension, plus another injury for Ramsey mean that for the next few games we’re going to have to go ultra-makeshift, and it’s a real shame we don’t get to see them develop further.

It’s going to be Coquelin + 1, perhaps Oxlade-Chamberlain, perhaps Iwobi or even Maitland-Niles. How that will go is anybody’s guess, but it’s difficult to be particularly confident.

So, there you go – a fairly simple 5 point plan to implement in the two days before we play the league leaders away from home at 12.30 on a Saturday morning, our favourite kick-off. Shouldn’t be too difficult.

Before we go this morning, our FA Cup 5th round tie against Sutton United is going to take place on Monday February 20th, live on BBC.

Further afield, Egypt have reached the final of the African Cup of Nations, but whether Mohamed Elneny will have recovered from his calf injury to play remains to be seen. You’d have to fear they’ll understandably patch him up to play a final and let us deal with the consequences if he aggravates the injury, but let’s see what happens.

Finally, if you’re reading mobile and can’t find the link to open the arses, it’s because it’s not there any more. We’ve done some twiddling with the mobile theme, and Tom has yet to add the code. To get to the arses for now, scroll to the bottom, click ‘desktop view’ and you can open them from there.

Right, that’s that. Tim’s here later with his column more from me tomorrow, including a pre-Chelsea Arsecast. Until then.