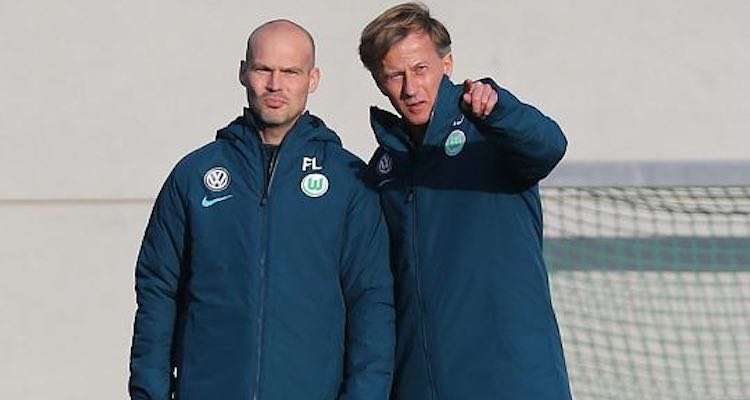 So after days and days of nothing we got some Arsenal news yesterday, and it’s gone full circle for Andries Jonker who has gone back to Wolfsburg, the club he joined us from in 2014.

Back then he was assistant manager and was appointed the head of the Arsenal Academy after Liam Brady signalled his intention of stepping down from his role as Head of Youth Development. Yesterday, after the Bundesliga side sacked manager Valerien Ismael (a man who sounds like a region in Game of Thrones), he quit Arsenal to take over as head coach there.

Not only that, he’s brought Freddie Ljungberg with him as one of his assistants. Freddie had been coaching the Arsenal U15s, but a more senior role at Wolfsburg is an opportunity for him to developing his career, so you can understand why he’d take that chance.

He leaves with the thanks of Ivan Gazidis, who said:

Under Andries’ guidance, we have made huge progress in our academy operations. Arsenal is known around the world for its development of young players and we are confident we will find the right person to continue to lead our progress.

While Jonker himself said:

I have had a wonderful three years at Arsenal. We have made significant progress.  I would like to thank everyone, including the board, chief executive Ivan Gazidis and Arsène Wenger for all the support. There are some top young players in the Arsenal academy. I look forward to seeing them progress their careers.

Youth development, by its very nature, is something which takes time, so it’s difficult to properly assess the impact Jonker has had. There has been a significant investment in the facilities at Hale End which we have to assume he had a role in, and there have been some young players knocking on the door of the first team recently. Most of them, however, would have been part of the set-up before he arrived, and in the case of someone like The Jeff, was brought in from further afield rather than hatched and nurtured from the start at Arsenal.

The sense I get from talking to various people is that it wasn’t always a happy environment. His appointment was met with disapproval from Terry Burton who left the club after it was made. Perhaps you could chalk it down to sour grapes, but what was most interesting about it was the fact that this wasn’t a decision made by Arsene Wenger. Burton said at the time.

I went to see Arsene, and he said he’d had nothing to do with it – he hadn’t signed his contract at that time. I told Arsene in the January that I would leave in the summer. He said: ‘Don’t go, I’d like you to stay’.

Jonker himself was quite vocal about the state of things as he saw them too, speaking a number of times about how big improvements had to be made. Whether or not he was able to make them all is a good question, and while I have no doubt he and his staff worked very hard, he was often seen as someone quite officious, and as I said above I’m not sure it was all plain sailing behind the scenes.

Arseblog News youth columnist Jeorge Bird reckons the positives will outweigh the negatives, and it may well be a case that the structures he’s put in place provide the right platform for young players to develop and mature well. There does seem to have been more willingness to loan players out to get regular playing time, but success at youth levels, domestically and in Europe, has been in short supply.

What we can say, however, is that his departure is one which goes some way to adding to the air of uncertainty that blankets the club at this moment in time. We don’t need to go into the ins and outs of the manager’s situation, but we sit here with March upon us and none of us have any idea of who is going to be in charge next season. And I include Arsene Wenger and the board in that, because so much is dependent on results between now and May.

We have two star players heading into the final 12 months of their contracts, and if they don’t commit then big decisions have to be made. Even with increased television revenues you can’t afford to keep Mesut Ozil and Alexis Sanchez for another 12 months then leave on a free – because to replace them will cost a fortune. If they won’t sign, they’ll still fetch pretty big money which has to be invested back into the squad.

There are other players in similar contractual situations, with no clarity as yet as to our intentions towards Alex Oxlade-Chamberlain, Jack Wilshere, Wojciech Szczesny and Kieran Gibbs. They don’t have quite the same importance as Ozil and Alexis, but you can’t ignore the fact that someone has to make their minds up about whether they want to keep them or sell them.

We need to appoint a new Academy Manager and find someone to replace Freddie on the coaching staff. Who is making that decision? Is it going to happen now, or will they wait until the summer to see what the overall situation is? Will a new manager, if that happens, want some influence there?

I know there’s often a tendency to look at things through a glass that’s half-empty rather than half-full, but it’s impossible to ignore the feeling that things are potentially unravelling a bit with Arsenal. A few good results and things will definitely seem more positive, but with Liverpool on Saturday and then Bayern next week it could easily become much more fraught.

Note: For all the people who told me that Per Mertesacker did an interview yesterday saying he listens to Phil Collins,  can I respectfully suggest you all get your ears tested? He clearly said ‘Bill Cobbins’, who is a well known Bavarian trumpet maestro. I have some of his CDs, they’re really great, especially his cover of Smells Like Teen Spirit. Parp!

Phil Collins?! As if!

If you haven’t had a chance to listen to this week’s Arsecast Extra yet, it’s below for you. We cope admirably with the lack of Arsenal news, and there are interesting questions from listeners about left-backs, changes in football, we talk about a defined Arsenal style that ties into these changes at youth level, as well as chips. Yes, chips. But not CHiPs. Enjoy.