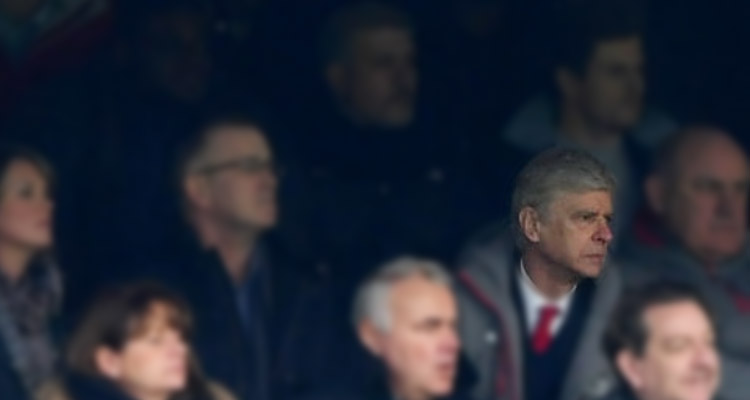 Ok, I can only start in one place this morning, and it’s not the fact that I stayed up too late and drank too much Bulleit Rye while I played 80s tunes on Mixlr. It’s with that first goal yesterday.

The more I watch it, the angrier I get. Sure, I can be angry at Theo ‘I will learn from not tracking my man’ Walcott and Petr ‘I am doing my impression of the world’s slowest man’ Cech, but I’m mostly angry at the fact that Marcos Alonso knocked out Hector Bellerin with his flying elbow and people who are paid for their opinions on football completely overlooked this and put it down to him ‘wanting it more’.

Imagine if there are two tickets left for a concert for that little red-haired hobbit fella that everyone seems to like for some reason. Ahead of me in the queue is a 13 year old girl, but because I want it more, I knock her out with a flying elbow, leaving her flat on her back not knowing what day it is, as I stroll up the counter to purchase those tickets (for some reason). People would say that I was a complete dickhead. And rightly so.

How can anyone look at this and say that it’s not a foul. I don’t understand it. I thought I knew how things worked. I thought, with my 45 years of life and experience and watching football, that when you lead with your elbow and smash a guy in the face to the point where he lands flat on his back with no idea what’s going on, it’s a foul.

But no. It seems this is not the case. Apparently it’s quite all right to render somebody practically unconscious with a forearm smash as long as you ‘want it’ and show desire to get to the ball. Don’t worry about your opponent. Forget him and his safety. Just write it down to Arsenal being ‘soft’, because that’s an easy narrative to propagate.

The first goal should not have stood. And this is not making excuses, or anything like that. I’m about to lay into the rest of what we did yesterday, but to completely dismiss a) how much the first goal means in a game like this and b) the loss of a right back who is a big part of how we like to play, is ridiculous. Essentially, if I were the captain of a ship and I had to choose people to throw overboard because we needed to get rid of some weight, I would ask who thought it wasn’t a foul and when the hands went up those people would be first overboard.

Get eaten by sharks, or drown, I don’t care. Just get the hell off my boat. Also, if there’s any credit to be given to Arsenal at all yesterday, it’s that they took Hector off immediately, and didn’t allow a concussed player to continue, like so many others do.

Now, aside from that, there’s nothing I want to say that’s good about us. This game made me as crotchety as last season’s trip to Old Trafford. We’re losing at half-time, we should probably be level in fairness because Gabriel should have scored that great chance he had late in the half. But look, it’s 1-0 (because of that foul), and there are still 45 minutes to go. 45 minutes in which we can salvage our title challenge or, at the very least, ensure the gap isn’t increased between us and the leaders.

What do we get? Nothing. In fact, it’s even worse than the first half. It’s dismal, it’s pathetic, it’s hard to watch, and it’s an Arsenal side without any fight. You know, maybe it’s just me, but if I’d seen a teammate bludgeoned off the pitch the way Hector was, I’d be fueled by a sense of injustice and a desire to get some revenge. I didn’t see any of that from a single Arsenal player yesterday. The second half was as insipid and characterless as anything I can ever remember.

We were careless and sloppy with the ball, gifting Chelsea possession countless times which meant we couldn’t build any momentum, and we never really looked like a team that wanted to get anything from the game. Our big players, Alexis Sanchez and Mesut Ozil were anonymous; Theo Walcott should get a fucking medal for managing to be even more anonymous than those two; our defending was atrocious; and our midfield problems came home to roost.

Quite what Francis Coquelin thought he was doing for the second goal I have no idea. Here’s what he should have done: chop Eden Hazard the fuck down, take a yellow card, and get on with the game. Instead, he made the Belgian look like that massive Icelandic monster lad from Game of Thrones, and got bounced into a different postcode. That was compounded by the rest of our defence backing off to the point where Amputee Joe, with both his legs sliced off above the knee, could have scored. Sky might wank themselves into a frenzy over the goal, but it was so much more to do with Arsenal being shit than great football from Hazard.

And I suppose I should say that it was really annoying. It was so utterly preventable, and so easily preventable. It wasn’t complicated, just foul him. It’s really easy. You don’t even have to be good at football to do it. And at that point it was game over. The introduction of Olivier Giroud and Danny Welbeck made little difference, but at least Welbeck looked as if this was bothering him. The rest of them were as passive as passive can be. They gave up.

So when Cesc scored a third after a horrendous mistake from Petr Cech, it was the pus-filled icing on the plop-flavoured cake that Arsenal dished up to us yesterday. He didn’t really celebrate, but he should have. I like that he felt he couldn’t, but in reality he would have been doing little else but hammering home the fact that his decision to leave years ago was the right one. And that really, really hurts.

Giroud’s late header was not even a consolation. It mattered not a single jot because Chelsea are now 12 points ahead of us and in Premier League terms it’s done and dusted for us. Sure, we have the scrap for the top four, and while I accept there’s a significant part of this season being over because one team have been miles better than anyone else, it doesn’t make it any easier to be out of the title race in the first week in February.

People will say: what of the manager? It’s a good question. I can’t ever go down the road that some are happy to travel, to abuse him or call him stupid names, but as I said last season when we let our title chances slip at Old Trafford, it’s at a point where change is necessary. Unless he does something remarkable, like win the Champions League, we’re at a point where extending his contract would not be best thing for this football club.

And that’s taking into account the fact that this football club does not seem ready or set up for change. For more on this, the second part of my discussion with Philippe Auclair in this week’s Arsecast (you should listen) touches on this in some detail. So much will have to change. The structures that Arsene has in place do not lend themselves to the modern manager – or more pertinently, ‘head coach’.

The days of the manager, who controls all aspects of a club are gone. Arsene Wenger is about the last of them, and it will require some serious work at board level to make it happen. But if there is no planning of that nature happening, if there’s no consideration to life after Wenger, we’re in worse shape than people think. And those of who read this site regularly will know this is no knee-jerk reaction, it’s just a well considered opinion that as much as I respect and admire the man, there are only so many times you can only see the exact same scenario play out in front of you time and time and time again.

There’s still FA Cup, and there’s still Champions League, but in Premier League terms this season is over for us. And to make it worse, we went down without a fight yesterday.

Till tomorrow, when James and I will pick over the bones of this in the Arsecast Extra. Have a good Sunday folks.