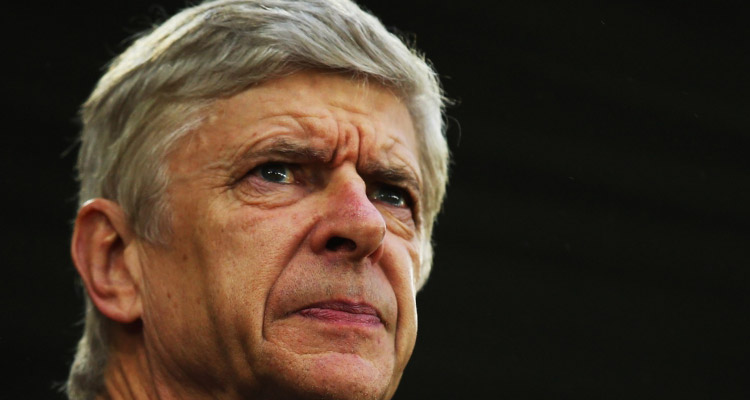 Today is the deadline for Arsene Wenger to respond to the charges of misconduct issued by the FA earlier in the week. Given that he apologised straight afterwards, I don’t imagine he’s going to do anything other than accept the charges, but I do wonder if he might want a personal hearing to talk about the ‘shove’ on fourth official Anthony Taylor.

The issue with that is it might delay whatever punishment is going to meted out to him, and it’s one of those situations which you would prefer to have clarity on as much as possible. Going by what else has happened this season, I suspect we could be looking at 3-4 games and a hefty fine.

In early November, Jose Mourinho was handed a one-match ban and a fine for comments he made about Anthony Taylor, and later in the month got another one match ban for kicking a water bottle. The FA’s disciplinary panel said at the time:

The Commission makes no comment as to what actually motivated Mr Mourinho to kick the bottle in the way that he did. The fact remains that he aggressively kicked the bottle in a manner that could have endangered people around him regardless of the motivation to do so.

And while I don’t have to go over my dislike of Mourinho, when you’re dealing with people who think kicking a water bottle might endanger others, then anything could happen.

“YOU COULD HAVE HAD SOMEBODY’S EYE OUT!”

The thing to take into consideration here, is that between October 2013 and October 2015, Mourinho had been fined, warned to his future conduct and disciplined by The FA a total of 6 times. One of which included a suspended stadium ban for some antics following a game against Southampton. He had something of a rap sheet, he was a repeat offender.

Some searching this morning suggests that despite not always keeping his cool on the sidelines, the Arsenal manager’s recent record is far better. He was fined over some comments after the 2007 Carling Cup final against Chelsea (involving Mourinho and a bit of a scrap with the players); he did have some disciplinary issues with UEFA down the years and got a touchline ban from them; but from an FA point of view, that seems to be it.

Of course he has had his run-ins with others on the touchline before, but I ask any right thinking human being this morning, who wouldn’t want to wade in on Alan Pardew or Jose Mourinho? That’s just instinct, self-preservation, ‘get these terrible things away from me’ kind of stuff.

Now, this isn’t to make any excuses for Wenger, but just add some context. Any manager that has been in the job as long as he has is going to have some incidents that don’t necessarily reflect well on him, but he’s not a 6 charges in two seasons kind of man. Given that the FA took into consideration Mourinho’s record when issuing their fines/bans on him, one would assume they do the same with the Arsenal manager.

I think it will come down to how seriously they view the incident with Taylor. As I said the other day, it was wrong, but it was more a ‘Get your hands off me and get back to your job’ reaction than an aggressive shove, despite what the most hysterical media outlets would have you believe. The fact remains however, that when you put hands on an official you’ve crossed a line, and despite the dreadfulness of the refereeing and how awful so many of them are in terms of character, they have to be protected and seen to be protected too.

My guess: 4 match touchline ban & £100,000+ fine. If he gets away with anything less than that, I’d be happily surprised, and the consequences of that are obvious, if not necessarily too damaging. FA rules state that a manager serving such a ban should sit in the Director’s Box and can communicate with the bench via telephone or a ‘runner’.

So, the decision making process is altered slightly, but the man who makes the decisions is still able to do that. A stadium ban is clearly a different animal, and an individual subject to that is ‘not permitted to attend the ground for which that team is participating at any time before/during or immediately after the game.’

That makes things a bit more complicated as he’ll only have television to work with, and while I’m sure clubs can wangle access to different things than the normal consumer and he can keep in touch with his staff (I’m sure), it’s not the same as viewing the game from the best seats in the house.  Anyway, the manager meets the press this morning ahead of Saturday’s FA Cup game against Southampton, so no doubt he’ll be asked about the whole thing then.

Speaking of Southampton, our league game with them next month, scheduled for February 25th will now have to be moved to later in the season because they’ll be playing in the EFL Cup final on February 26th. They beat Liverpool last night to go through and, of course, we face them in the FA Cup 4th round this weekend.

And while it means some fixture congestion later in March or April, it gives us a big break next month. We have Bayern Munich on February 15th, a potential FA Cup 5th round tie on the weekend of Saturday the 18th (obviously depending on what happens this weekend), but then because of the postponement we won’t play against until March 4th when we travel to Anfield.

Fingers crossed it’s the kind of break that allows us to recharge our batteries and keep pushing for the title, but what happens between now and then – especially on February 4th against Chelsea – will go a long way to dictating that.

Finally, when it comes to fixtures three of our games have been moved for TV in March, so if you’re making travel plans etc, all the details are here.

Right, that’s your lot for this morning, we’ll have all the press conference news and info over Arseblog News. Tim Stillman is here with his column later on, and I’m back tomorrow with an Arsecast.