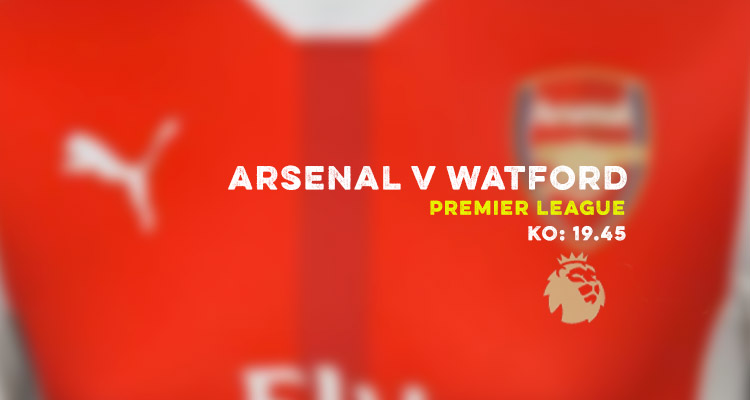 After the FA Cup at the weekend there’s Premier League action tonight as we face Watford at home.

Having made a significant amount of changes for the win over Southampton, there should be plenty of fresh legs as Arsene Wenger shuffles his pack once more. The team news sees the likes of Aaron Ramsey, Francis Coquelin, Olivier Giroud, Laurent Koscielny and Mesut Ozil return after they were left behind for the trip to the south-coast.

Some of the players who shone in the 5-0 win probably won’t even make the squad tonight. Ainsley Maitland-Niles, The Jeff, and Rob Holding will probably make way as others come back in, but the performances of some of the forward players will surely give the manager pause for thought.

Danny Welbeck and Theo Walcott got the five goals between them, but given Walcott hadn’t played for well over a month and Welbeck was making his first start since last April, I’d be surprised to see them start tonight. On Welbeck in particular, Wenger seems keen to ease him back into action, saying:

He looked very sharp, but we still have to be cautious. Physically he is ready to play, but we will have to manage the times when we use him, and when we we rest him in the next month, and hopefully he’ll be fully fit.

The manager was quick to praise the contribution of Lucas Perez who didn’t score but was instrumental in three of the goals at St Mary’s, so there’s certainly a chance that he might keep his place, albeit pushed wider as I think he’ll start Olivier Giroud tonight. That would see him flanked by Alexis and Perez or Iwobi, with Ozil back in behind them.

It will be interesting to see how we start the game if we do go with the Frenchman up top. Is there a connection between how well we began at Southampton with he pacy, fluid front three we deployed? And if we start more slowly tonight, will it be because Giroud is up top, or because we’re going to be facing stiffer opposition in the Premier League?

The attacking riches at the manager’s disposal have led him to suggest that he’s got more quality now than ever before, even in the Invincibles team. It’s something that might raise eyebrows, but it’s a reasonable point when he adds the context to it:

I think certainly numbers-wise and quality-wise together. We’ve never had so many players who could perform and score goals – certainly never. Dennis and Thierry had the quality but that didn’t mean we had a large number of options to choose from.

So you can see where he’s coming from when you look at what he’s got this season:

That’s a very good collection of forward players, and I wonder if their productivity isn’t simply down to how good they are, but also because we have so many options – thus creating an ultra-competitive environment. Now, more than ever, if you lose form you’re not going to be allowed much leeway to play through it, there’s someone else there to take your place straight away. And they know it.

Quite how he keeps them all happy between now and May is the question, but obviously the more football we have to play the easier that will be. And so far it seems like a well balanced, happy squad, without any gripes or complaints, everyone’s willing to do their bit.

And whichever trio he picks tonight, there’s the assurance that if we find Watford tough to break down, there’s plenty of firepower on the bench if we need it. Not to mention that each player brings something just a little bit different, there’s variety along with the quality.

It goes without saying how important three points are tonight ahead of what’s going to be a massive game at Stamford Bridge at the weekend. Chelsea themselves travel to Anfield to play a Liverpool side out of form, but surely ready to redouble their efforts to get their season back on track. If they can take some points of the leaders and we take all three, it adds an extra layer to our fixture at the weekend.

One game at a time though, let’s get the job tonight and see where we are after that.

In other news, the draw for the 5th round of the FA Cup took place last night, and we’re going to be facing Sutton United – away from home. It’s ‘magic of the cup’ stuff, this was their reaction to the news last night:

Reaction to Sutton getting Arsenal in the cup pic.twitter.com/pkuw4kaVod

They’re currently 16th in the National League, the 5th tier of English football, and you can see why this would be an absolute dream for them. Interestingly, they play on a 3G pitch, described on Wikipedia as ‘a state of the art FIFA 2-Star quality pitch, FIFA’s highest rating for 3G artificial pitches’, so that’s something that we’ll have to contend with but it’s hardly going to be an insurmountable difficulty.

The date/time of the game has yet to be decided as the TV companies sort that out, but it takes place over the weekend of Saturday February 18th, just after our Champions League game with Bayern Munich.  There are also three former Arsenal academy players in the Sutton squad. Midfielder Craig Eastmond, along with Jeffrey Monakana and Roarie Deacon, so that should add something a little special for them.

Today is transfer deadline day, of course, and despite it being blindingly obvious that we’re not going to bring anyone in, the manager was asked about that possibility repeatedly at his press conference yesterday. You can read this thoughts here.

We might well see a few departures though, especially for young players who need some time to play. Chuba Akpom has gone to Brighton for the rest of the season, and when you look at how difficult his path to first team football at Arsenal is, there’s surely some pressure on him to perform. Meanwhile, midfielder Ismael Bennacer is set to join Ligue 2 Tours (former home of Koscielny and Giroud) until May.

Whatever happens in the transfer market, we’ll have the stories for you over on Arseblog News. We’ll also be here later with a live blog for the Watford game and all the rest, and for now I’ll leave you with yesterday’s Arsecast Extra which is packed full of Arsenal related goodness. Insert us into your ears, you won’t be sorry. Not that sorry anyway.