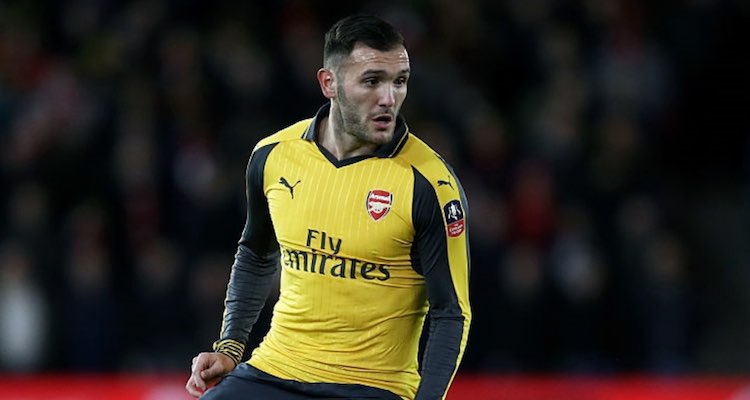 Morning, there’s no rest for the wicked as we’re straight back into action this week with Watford at home tomorrow night. There was no rest for the Arsenal players either as they had a gym session yesterday, watching Roger Federer beat Rafa Nadal in an extraordinary match yesterday. Not sure Lucas Perez, Hector Bellerin and Nacho Monreal enjoyed it as much as some of the others, but that’s understandable. Nothing like a bit of gym banter to bring the lads together.

The draw for the 5th round of the FA Cup takes place this evening, by the way, with that game scheduled for the weekend of February 18th, dates and times to confirmed after the draw takes place. I have a feeling there’s a trip to somewhere like Old Trafford or White Hart Lane looming, but as fun as it is to play those games, I’d happily take Sutton United at home. We’ll see what happens later on.

Meanwhile, Arsene Wenger has been talking about the offensive potential of his side – and by that he means goals, not the ability to call the likes of Anthony Taylor creative sweary names. With Danny Welbeck back on the scoresheet, Lucas Perez really looking the part, and Theo Walcott grabbing a hat-trick after a month out, it’s nice to have those options.

You look at Perez and Walcott and Danny Welbeck, and I have Sanchez on the bench as well, that exceptional quality. For a long time we have not had that offensive quality available. The problem will now be to find the right combination and use them well in games, without destroying the balance of the team.

He didn’t even mention Olivier Giroud, with his 10 goals and Mesut Ozil with 9 so far this season, but he is right in that we have a very potent mix of players, something we haven’t had in a long time. Folks on Twitter reminded me of the Arsecast Extra a couple of weeks ago when I spoke about how, in the past, we might play with four forwards – Henry, Bergkamp, Wiltord, Kanu – supported by a couple of other goal threats like Robert Pires and Freddie Ljungberg.

It was often when desperate times called for desperate measures (yes, we did have them back then, not every game was a walk in the park even with all that talent), but it was amazing how often it worked. When subtlety fails, when art and craft can’t find a way through, and when even the genius lock-picking ability of Bergkamp can’t open the door, you have just one option: load up the attacking blunderbuss and have at it.

There is clearly a need to find the right balance, but when you look at what we might have in reserve on the bench for the weeks ahead, and the ability to keep players fresh with some gentle rotation, then it does feel like a very positive thing. That said, I can imagine this giving the manager some headaches, as he tries to figure out how best to use them. I think we’ll probably see forward lines much more tailored towards particular opposition than we have in the past, so it’s how well he judges those particular selections that will be key.

No doubt there’ll be some rotation in the front three/four tomorrow night, and we await further team updates with regards midfield availability. Were Francis Coquelin and Aaron Ramsey ‘not available’ in a precautionary way with big games coming up and our midfield options somewhat limited, or is it a case that they have picked up knocks which leave them quite literally ‘not available’? I guess we’ll find out soon enough.

Elsewhere, if you haven’t seen it already, there’s a great Lauren interview by Sid Lowe in the Guardian. It’s full of interesting stuff, but I particularly liked his assessment of Hector Bellerin:

Bellerin is very, very good. He’s good with the ball at his feet, reads the game, gets beyond defences, crosses well, plays between the lines. And he’s so young – if he stays injury-free he’ll surpass me, Lee Dixon, Pat Rice, everyone who’s played there.

Even Oleg Luznhy too. That’s high praise though from a man who was part of the Invincibles, and who was as tough and uncompromising a defender as you could hope to meet. It’s all there for Bellerin, no question about it, and it struck me this weekend as we enjoyed him, the likes of Maitland-Niles and The Jeff, that despite all the frustration people might have with Arsene Wenger, he’s still got that eye for talent and the stones to give these guys a chance.

When you look at the way some managers steadfastly refuse, almost on a matter of principle, to show any trust in the young players they have at their clubs, that’s something to admire, I think. There are times when I feel we overplay the talent of some of these kids, but when you see the ones with a genuine chance start knocking on the door, it’s exciting. Maybe that’s me, but it feels like part of the fabric of the club when that happens.

I also liked Lauren talking about his title winning team and the characters in it, in particular a certain Herr Lehmann of North Rhine-Westphalia:

Lehmann: don’t get me started. Lehmann could look in the mirror and have an argument! Incredible, strong character.

Love it. Right, that’s your lot for this morning. James and I will have an Arsecast Extra for you later on, so if you have any questions or topics you’d like us to discuss, please send them to us on Twitter @gunnerblog and @arseblog with the hashtag #arsecastextra.

That’ll be available for you around lunchtime. Until then.