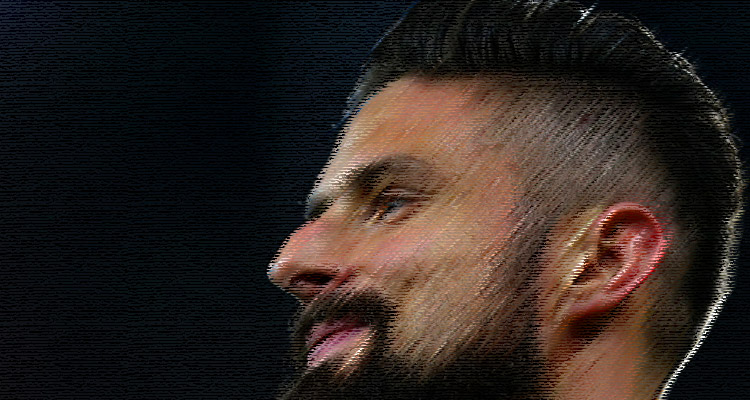 Good morning. Like many of you I watched last night’s game between Sp*rs and Chelsea hoping for a bit more than we got in terms of fisticuffs and spiteful violence which, in the end, was none.

However, a 2-0 win for that lot means that we’ve closed the gap on Chelsea this week by a single point. Not great, should have been better etc, but we’ve also slipped down into 5th place as the win for Sp*rs puts them ahead of us by a point. It is clearly going to be the most intense scrap for top four and title that the Premier League has ever seen.

This is how things stand right now:

And I thought it might be interesting to see how things looked at this stage last season:

So, we’re basically just one point worse off than we were after 20 games, but last season that was enough for us to be top, whereas this season, because of Chelsea’s incredible winning run, we look well off the pace.

As I mentioned in the blog yesterday, I do think that has gone some way to altering the perception of us how we’ve been doing. It feels worse because they, and others, are doing better. Every point we drop is like a hammer blow because of the gap, and the potential and quality of teams around us.

Now, obviously that’s not to say everything’s hunky-dory, when the teams around you improve and there’s a runaway leader, the margin for error becomes even smaller. And there’s no question that some of our recent performances have shaken the faith a bit, but even if you’re smarting a little bit at sitting 5th this morning, had Chelsea won last night I think that would have been that in terms of title.

Even closing the gap by a point is a move in the right direction and while some saw Bournemouth away as a game which could potentially cost us points, we do still have a run of relatively winnable fixtures ahead of us before we go to Stamford Bridge. A lot can change quickly, we just can’t afford any more slip-ups like on Tuesday night.

I also think the manager has to make a tough decision regarding Olivier Giroud whose contribution during the last few weeks has been absolutely stellar. The goal against West Brom to win the game; the goal against Palace to set us on our way to a win; and against Bournemouth people should be focusing on what he did with the ball – two assists and a goal to get us something from a game which looked beyond us – rather than focusing on his brief celebration of that goal (I have some more considered thoughts on that over on ESPN).

My feeling is that his reward for that should be that he’s dropped. I know it sounds harsh, and if you’re a regular reader you’ll know I’m more predisposed to the qualities of the Frenchman than others, but I think we’ve played our best football this season with Alexis up front, and I believe if we have any chance of staying the course in this title race that’s the system we need to use again.

With Mesut Ozil back from illness, Theo Walcott soon to be back from his calf injury, and Lucas Perez showing that he’s a man who probably deserves a little more playing time from either of the wide positions, I think we’ve got options, depth and quality for that front three/four. Not to mention Alex Iwobi, Alex Oxlade-Chamberlain, and Danny Welbeck who should be making his return to first team action soon.

Now, I’m not talking about jettisoning Giroud or anything like that. He has demonstrated throughout this season that he’s got important, match-winning qualities that we need – but I think he’s becoming more and a more a player whose impact is felt greatest in the final stages of matches.

Five of his eight goals this season have come in the last 15-20 minutes, so when Plan A doesn’t work – which is going to happen – having a back-up that is effective, and reliably so for the most part, could be the difference when games are tight or opposition are tough to break down. Think Old Trafford, or being 1-1 against Sunderland when he came on and scored two great goals.

I also think there might be certain games when his presence in the starting XI is probably merited, but for the most part I’d like to see Alexis starting as the central striker, because I think the team plays better collectively when we do that. Maybe Giroud won’t appreciate it, maybe he sees himself as more than a super-sub – and I don’t think he’s wrong really – but in these circumstances the manager has to weight up what’s best for the team rather than one individual.

I guess we’ll find out next week whether that’s a view Arsene Wenger shares, because this weekend we have FA Cup action against Preston North End. I believe the press conference is this morning so we should have team news updates over on Arseblog News later on, but I suspect we’re going to see a big amount of ‘rotation’ for this one.

With only two fit central midfielders, can we risk Xhaka and Ramsey on Saturday? Indeed, has the midfield situation become perilous to the extent that we actually need to consider some transfer market action? Can Carl Jenkinson cover for Hector, and if we cup-tie him will that make it more difficult to sell/loan him this January? Is Welbeck fit enough to make an appearance?

Lots of questions, let’s see how many answers we get this morning. Right, Tim Stillman is here later on with a column that will bring you back and leave you wistful, and I’ll be here tomorrow with an Arsecast and all the rest.