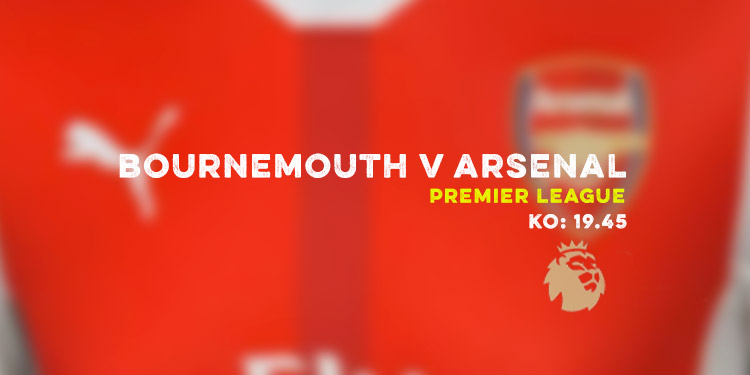 We’re straight back into the saddle this evening as we travel to the south coast to face Bournemouth.

It’s just over 48 hours since we played Crystal Palace and that obviously leaves the manager with some thinking to do. With an FA Cup fixture at the weekend, he’ll probably look at tonight as a game in which he has to ask the maximum of his top players, then rest them at the weekend.

In 48 hours we go into a game with a big handicap on the fixture and I have to find fresh legs. In 20 years it is the most uneven Christmas period I’ve seen. The difference in rest period is unbelievable in terms of all the teams. It’s more we have sold the rights to TV for a lot of money so we have to accept TV chooses the games. But some teams have more luck than others.

Chelsea playing Saturday then Wednesday might certainly be seen to be more fortunate than Arsenal who play Sunday then Tuesday. When you already have a big lead at the top of the table, it’s nice when the schedule is kind, but then when it comes right down to it, the football clubs sold their souls for the money and can’t really complain.

I mean, I think it’s stupid, I find myself agreeing with Sam Allardyce (which is unpleasant) when he says the person in charge of the schedule should be sacked (it’s probably a faceless committee anyway), but I don’t think it’s a conspiracy of any kind. And the clubs knew fine well when they signed the latest multi-billion pound deal that feeds them that cold, hard cash that this was one of the consequences.

It doesn’t make it any easier, but we have to just get on with it. It’s also just over a month since we played Bournemouth at the Emirates, a game which resulted in a 3-1 win, but when you consider the third goal wasn’t scored until the 90th minute and Bournemouth had levelled in the first half, it wasn’t as easy as the scoreline suggests.

Wenger is not expecting an easy game by any means:

We go to a difficult place, Bournemouth. The good news is Jack Wilshere will not play, but there are still enough good players to give any team problems. What’s happening in this league is all the big teams win against the smaller teams. Since November it is like that.

And in terms of his own team, there’s not a huge amount of room for rotation. Francis Coquelin is bound to come into midfield in place of Mohamed Elneny, and we might see Shkodran Mustafi back in place of Gabriel to add some fresh legs to the centre of the defence. In the front three it’s hard to imagine Theo Walcott will be available, if he wasn’t fit for Sunday because of a calf problem it’s unlikely to be healed that quickly.

Mesut Ozil was sick in bed on Sunday, and again it’s difficult to see him as a genuine contender for today. If you’re bed ridden with illness, you’re physically debilitated and it’d be a surprise to see him make it. Alex Oxlade-Chamberlain could come in on the right, and after that you’re looking for Giroud, Alexis and Iwobi to dig deep, give it as much as they can before being rested for the FA Cup.

The other fear is that two games in 48 hours leaves players susceptible to injury and little niggles from fatigue, not to mention it’s hard to play at full tilt when you have two games so close together. Bournemouth played on Saturday so have an extra day’s rest, but as I said above there’s nothing we can do other than get our heads down and get on with it.

I think this is a game that we’re going to have to grind out to take the three points. Under the circumstances, and given that Bournemouth are a decent side, I’d take any kind of win this evening. The only thing you’d say is that the way they play probably suits us a little better than teams that sit deep and never come out of their own half.

I expect them to get men behind the ball when we have possession, but they won’t be afraid to attack and have a go themselves, hopefully leaving us some space to exploit provided we have the legs to do that.

Chelsea wins every single game, they are comfortable in front. We have to hang on and try to win and hope results turn in our favour. We had an exceptional run and in four games we lose two games. I hope it’s out of our system. But every game is so difficult.

I guess we’ll see later on how it goes, fingers crossed we have enough left in the tank to take what will be a vital three points after Chelsea absolutely stuff Sp*rs tomorrow.

As ever we’ll have live blog coverage and all the rest for you later on, keep your eyes on the site and on Arseblog News for all the bits and pieces there.

Finally for today, check out this week’s Arsecast Extra in which James and I discuss *that* Olivier Giroud goal – better than Mkhitaryan according to the man himself! – the win over Palace, Giroud’s season as a whole, Iwobi’s progress, Xhaka as the midfield fulcrum, superpowers, more animal based goals, violent celebrations and much more.

Catch you later for the game, until then have a good one. If you’re back to work today, take it easy, ease yourself into things with the Arsecast. That email backlog won’t be going anywhere anyway!