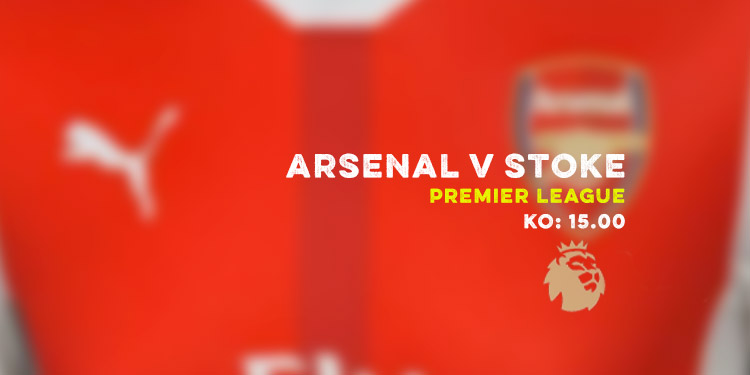 It’s Premier League action today as Stoke come to visit, and Arsene Wenger has got some thinking to do about his team today.

The win against West Ham was impressive, and the fact that his team was able to go to Basel with so many changes and chalk up arguably a more convincing win shows that he’s got some real depth to his squad this season. Part of the reason you rotate is to keep things fresh when the schedule is so busy; but part of it too is to give players the chance to stake a claim for a first team place.

Lucas Perez, playing from the right, did exactly that in Switzerland, bagging a hat-trick on his first European start for us. The manager spoke a little bit about him this week, saying he’s still getting up to speed with the Premier League:

In front of goal he is a killer, he has a short backlift and is a good finisher. You could see that on the third goal in Basel. He must adapt to the intensity of the fight in the duels in England. If he manages to do that, he will be a great asset for us.

Which sounds fine, of course, but how is he ever going to do that unless he’s given the chance to play more? Theo Walcott is the first pick on the right basically, and he’s done pretty well this season with 9 goals. He scored against Bournemouth a couple of weeks ago, and he’ll probably get the nod again today, but there’s not much more Perez can do in a single game to convince Wenger he’s worth a run.

Which Alex will get the nod on the left? Oxlade-Chamberlain after a goal and an assist against West Ham, or Iwobi after his midweek strike against Basel? And with Coquelin back in contention, who does he pick in midfield? After his last few performances it must be Granit Xhaka + 1. I thought he and Ramsey worked quite well together on Tuesday night, and while it’s a partnership that you wouldn’t yet be convinced of for a big, big game, perhaps another run-out against opposition we’ve traditionally done well against at home might be worth a try.

At the back I assume Mustafi will come in for Holding. There’s a decision to be made at left-back after both Monreal and Gibbs had fantastic performances in the last week, but I suspect the Spaniard will get the nod, and we’ll wait and see if Hector Bellerin is fit again to reclaim his place at right-back.

All in all, it’s a good problem for him to have. Lots of options, lots of players responding to the competitive nature of the squad this season, so let’s hope he can find the right balance again today.

If we win today by a margin of more than two goals, we go top of the table. We have, rather too often, missed these kind of chances to put ourselves out in front, even if it is only temporary (Chelsea play West Brom tomorrow). Our form is good, confidence is high, we’re playing some really nice stuff, so fingers cross we can keep that momentum going today.

Meanwhile, some interesting stuff from the manager on Alexis Sanchez, and how he might have been a bit premature in the past when he cut short his deployment as a centre-forward. He said:

I always saw that in Alexis and I must honestly say that when I played him there last year or two years ago I was wrong. The times I tried him through the middle were not convincing and I even remember against Everton I changed it at half-time.

Sometimes when you have too many players you cannot attempt something which isn’t immediately conclusive because you’re under pressure. If it doesn’t work in one or two games and you have a top player on the bench, you’re tempted to change it very early.

I think the point about pressure is an interesting one, because over the last couple of seasons there has been intense pressure on us to get results. And when you have a pretty reliable option in Olivier Giroud it’s difficult to stick with a player who might need time to adapt. I could be wrong here, but I think it took Robin van Persie a little while to get used to playing as a striker, so he might have feared a streak of games with Alexis finding his feet where that adaptation might have seriously hampered us.

Particularly as we have been hugely reliant on our centre-forward getting us goals for quite a while. Of course Alexis himself was producing from wide areas, but there were too few goals from elsewhere to offset that at times. Think about how badly Giroud’s barren streak last season affected us, and while I understand criticism of him for that, it always felt to me that others got a bit of a pass for their lack of contribution at the same time.

The other thing is that we now seem to have a system and players who make it easier for Alexis to be successful at centre-forward. Ozil playing closer to him is a big help. Walcott scoring and looking more engaged; Oxlade-Chamberlain scoring and creating; Iwobi adding something different to the front three; all of these things are little cogs in the bigger machine.

I know people have asked why he hasn’t done it before, but there were efforts and for the most part they weren’t convincing. I didn’t think he would be this good up there, and I’m absolutely delighted to be wrong about that. Now, it’s working because it’s the right time for it to work, from the player’s point of view, and from those around him who help provide the platform for it to be successful.

I shy away from these ‘Sanchez is the new Henry’ comparisons that are inevitably floated. They’re nonsense. Thierry Henry was pretty unique, and if you set your bar that high you’re almost always going to be disappointed. Sanchez is very much his own man, a different kind of player, but if he can come anywhere near to Henry’s effectiveness and consistency, then our chances of winning things are definitely going to improve.

Right, just time for me to remind you to listen to this week’s Arsecast. I’m chatting with @arse2mouse about all the Arsenal stuff, you can win prizes, there’s a bundle of the usual waffle and more. Check it out below.

Join us later on for the live blog, keeping you up to date with the game wherever you are, and we’ll have all the post-match stuff on Arseblog News.