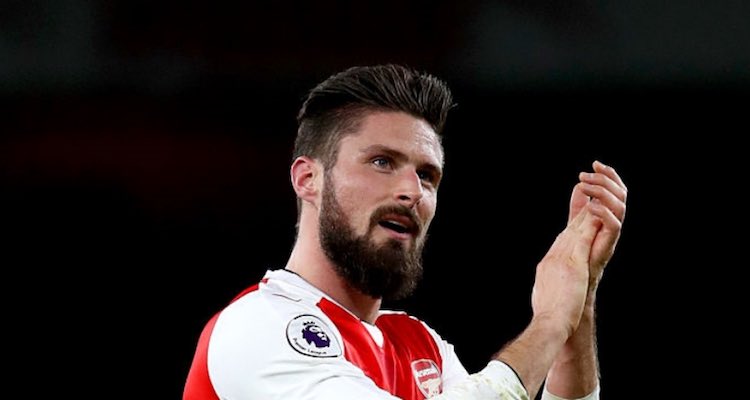 I was awoken this morning, screaming out loud, from a terrible nightmare. ‘What could have been so frightening?’, I hear you ask.

Zombies? Monsters? Vampires? The impending apocalypse? Phil Collins as Arsenal manager? No. It was worse than that. It was Richard Keys.

I was in a room full of people who all looked like themselves, but one by one their heads were replaced by Richard Keys’ head. I would look at them and they’d be normal, but when I looked back they had a big Richard Keys head. Soon the room was full of Richard Keys-headed people and I was screaming out loud, but Mrs Blogs woke me up and I was safe again.

I wish there were more festive football to take my mind off things, but we don’t play again until New Year’s Day. It’s easy to understand Arsene Wenger’s slight confusion at the schedule, because surely we could have played a game midweek, then one over the weekend/Monday/Tuesday, rather than playing Sunday and then Tuesday at Bournemouth.

Still, no doubt there was a genuine reason for this when TV companies sat down and worked out which way they could best help the fans, because that’s their primary concern.

Anyway, it is what it is and we just have to get on with it. Monday’s match winner, Olivier Giroud, has been hinting that he’s ready to sign a new deal with the club, saying:

People have been saying I have signed a new contract.  It is not true but may be soon.

It had been reported last week that he, Laurent Koscielny and Francis Coquelin had agreed new terms with the club, so we’ll have to wait for official confirmation, but it does seem as if he’s ready to extend his current contract. It’s an interesting time for him to do it too, because as much as I think he’s a very useful member of the squad, and somebody whose contribution is too easily overlooked, it feels as if the team has moved on a bit without him.

There are times, as we saw against West Brom, when having that old-fashioned centre-forward, a big man to aim things at, is about the best option you have. His strength and ability in the air was crucial to making that breakthrough, but in general this season our football has been better with Alexis up front.

It’s not perfect, but it’s certainly less easy for teams to predict how we’re going to play. Which is why you have this double-edged sword in a way with Giroud. You can see why he’s the man for a particular job against particular opposition, but then you’re playing exactly the way they expect and have prepared for.

Still, he got the job done against West Brom when nobody else could find a way through, and that shows the benefit of having a deep squad with some variety in it. I suppose the issue is whether or not he’s going to be happy playing second, perhaps third fiddle at times, having spent almost all of his Arsenal career as our first choice striker.

I don’t think that West Brom goal will be enough to convince the manager to move Alexis Sanchez from the main striking position on a more regular basis. And given that Giroud is not like Danny Welbeck or Lucas Perez who can slot in to the team in the wide areas, it means that he’s going to have to get used to playing a more restricted role in this team.

He might not be over the moon at the idea of being a super-sub, but that’s a pretty nice weapon for this team to have as and when we need it. And there are games when he will start, because as much as variety is good, so too is keeping the squad fresh to cope with the rigours of the season in general.

It’s something that Laurent Koscielny remarked on after the West Brom game, saying:

We are not 11 or 18 players, we are 25 players. All the players who play for Arsenal have a big part to play during the season because of injuries and suspensions, and everyone needs to be ready to fight for this club.

Today, Oli started and he tried to give his best on the pitch. He fought and it’s good for him to score the winning goal.

And maybe, despite how well others have been playing for the most part, it’s nice to remind them that there are players who are hungry for their chance and ready to compete. Right, not a lot else happening this morning. For those asking about podcasts this week, James and I will be doing an Arsecast Extra tomorrow, and then probably one following the Bournemouth game.

I know the schedule is a bit wonky due to the festive period but things should get back to normal after that. We’ll have a tactics column for you later, more from me tomorrow.