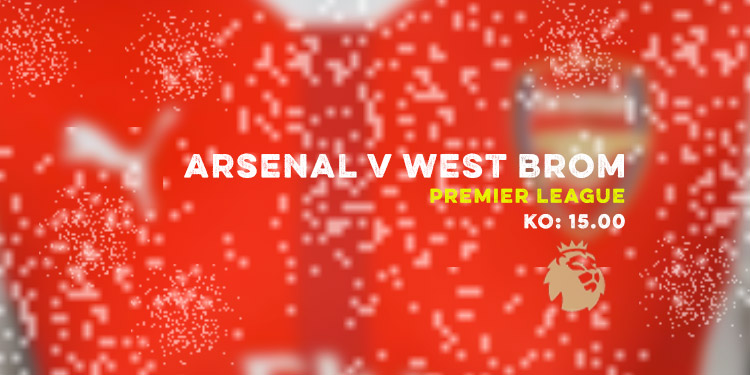 Festive football frolics today as we face West Brom at the Emirates. Perhaps not the most festive opposition, but it’s rare these days you get to play against some pissed-up elves too fat on turkey and ham to run around.

After two consecutive defeats it’s time to get back to winning ways, and it’ll be interesting to see how Arsene Wenger tries to make that happen. Will he keep faith with players who underperformed against Everton and Man City, or will he decide to shake things up a bit to spark his team back into life?

The former certainly sounds the most Wengerish but I’d be surprised if there weren’t a couple of changes to add something fresh to the side. Quite where he’s going to do it, I’m not sure, but there’s some wiggle room in the centre of midfield and the wide attacking positions.

As I mentioned the other day players like Olivier Giroud and Lucas Perez must be itching for a chance to prove their worth – particularly with Danny Welbeck on his way to make their lives a bit more complicated. The Spaniard probably has the best chance, as he’s able to play anywhere across that front three, while Giroud can only play at centre-forward. And it’s hard to imagine moving Alexis from the position he’s been so effective in for most of the season.

I think he’ll be backing Mesut Ozil to perform as well after his disappointing week, and against a team like West Brom his craft and creativity could be vital. On the opposition, Wenger said:

They are a typical Tony Pulis side. They are well organised, physically strong, they play good football and over the years he has improved their technical level.

They’re a dangerous side because they’ve mastered the technical aspect of the game much better, and they have not lost their threat from set-pieces and crosses. He has found a good combination.

And no doubt Tony Pulis will have look at teams who have frustrated us and set up accordingly today. If there’s one things his teams are really good at, it’s being big horrible bastards who are difficult to play against, and I’d expect nothing less from them today.

However, generally speaking our record against his teams at home is pretty good, so hopefully that continues today. We also need to see a lot more from our players than we have in the last two games. The manager said:

I have a group that is ready for the fight. It’s how you respond to it that of course makes your destiny and that’s what we want to do well. I believe that of course in 20 games we lost two, and it is very difficult because we are not used to that, but as well we have to put it into perspective and fight for the next one. It’s now for to come back because things can change quickly, especially over Christmas.

Well, the proof of that particular [christmas] pudding will be in the way we play. Collectively the team was really flat after going ahead against Everton and City, so addressing that will be a key factor today. There’s certainly enough quality in this team to win today’s game, but on the evidence of the last couple of games we’re going to have to work a lot harder, and against a side that are going to obdurate, to say the least, we might really have to dig in.

Fingers crossed our performance is a cracker and there’s some festive cheer for us later on. Yule all be glad if some of the other results go our way too. I’m not even sorry. Due to it being Christmas etc, there won’t be a live blog today, but we will have the report, player ratings, stats etc on Arseblog News after the game.

This is our last game of 2016, let’s hope we end this year with a performance to celebrate.