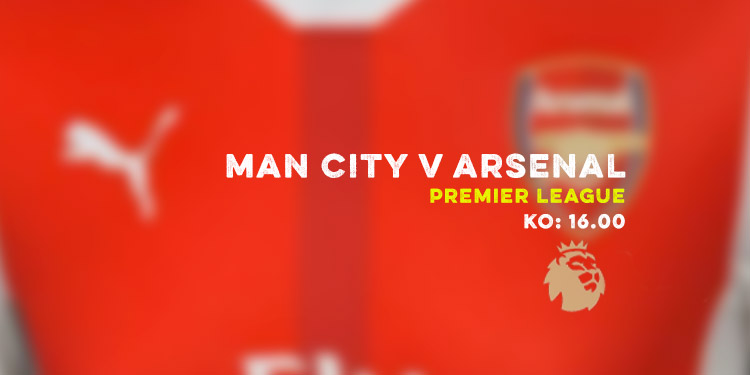 While a game against Man City is always a big one, you only have to look at the Premier League table to see just how important today’s encounter is.

Chelsea’s relentless winning streak continued yesterday and they now sit 9 points clear of us at the top. Since we beat them 3-0 back in September they haven’t lost once, and yesterday’s 1-0 victory over Crystal Palace was their 11th on the trot. It’s an outstanding run of form, a worrying one too of course, that means even though we suffered our first defeat in 14 games against Everton on Tuesday night, that one stumble has left us a long way back.

Ordinarily, you could look at an away game against one of the best teams in the league and feel like a draw would be a decent result. Today it would probably feel a little underwhelming given the state of play and Chelsea’s position (depending on how the draw came about, naturally).

Arsene Wenger is well aware of this, I’m sure, and will be looking for his team to react positively to the loss at Goodison Park. He was quick to point out that our response to losing on the opening day was a good one – a 14 game unbeaten streak – but our first fixture after that defeat was a tricky away game against champions Leicester which ended in a 0-0 draw.

Sometimes, when you lose a game and your momentum is interrupted, it can bring a kind of conservatism to your football. A ‘we must not lose’ attitude, which is understandable, but today is verging on ‘must win’ territory. Yes, there’s a long way to go, and this week has shown us that so much can change in a short space of time. For a period this day last week we were temporarily top of the league, now a few games later Chelsea are 9 in front.

There’s still a long way to go this season, and so much can happen, but as much as possible you want to keep close on the tails of the leaders, and a win today would go some way to closing what looks right now like a pretty formidable gap. It would also provide some evidence that this is a team that can go away from home against the traditional ‘big boys’ (City, United, Chelsea, Liverpool and Sp*rs) and win.

You have go go back to January 2015 for our last league victory away against one of those sides, and it was a 2-0 win at the Etihad over City. That’s almost two years now, and until we turn up and do it again, questions and doubts will persist.

In terms of today’s team, there’s nobody new to add to the squad from Tuesday night, but I think he might need to tweak things a little bit in the front three. There’s little doubt that Alexis will start as the striker, but Iwobi adding that verve on the left, and perhaps the experience of Lucas Perez coming from the right might give us a healthy looking strike force against a City defence that has really been struggling of late.

Yes, they had a clean sheet in midweek – something we could really do with today because defensively we are a bit leaky – but having pace, power and trickery running at some of their defenders, and pressurising a goalkeeper that has been more than a bit suspect, will cause them some difficulties. My suspicion is that one of Walcott or Oxlade-Chamberlain will retain his place though, and beyond that it’s hard to see what else he can change.

The midfield of Xhaka and Coquelin seems to work quite well, and the Frenchman is often instructed to press high up the pitch to try and win the ball back. Elneny is an option, but he’s probably more suited to a game where we’ll have much more of the possession and there won’t be so much of a fight for the football. Even without Aguero, Ferdandinho, and Gundogan, City still have plenty of quality and the ability to cause us problems if we’re not fully switched on.

The goals we conceded against Everton on Tuesday were poor and basically down to a lack of effort and concentration. Switch off and you’ll get punished, so we have to make sure those kind of lapses are not present today. And hopefully the fact our attacking game failed to click that night was just one of those nights. Even so, you think of that Ozil chance early in the second half at Goodison, and if something like that comes along today, we cannot afford to be that wasteful.

It’s hard to predict how this one will turn out. It’s a game that could get us going again; one which for some will put an end to our title hopes; or something inbetween, but by 6pm we’ll know more. Let’s hope we do ourselves justice today.

As ever, you can follow the game on the live blog, up to the second text commentary and chat with other Gooners, and we’ll have all the reports, stats, videos and more on Arseblog News after the fact.