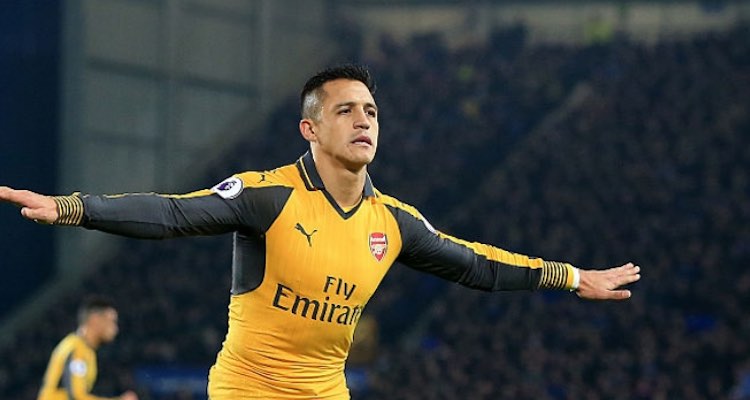 Hello. I did a lot of bourbon fueled walking through Dublin last night, from northside to southside and then back home, and everyone appeared to be in jolly form. That might not have been the case in reality but Mark, who Makers his own delicious bourbon ,has the ability to infuse everything with the Christmas spirit.

Anyway, my head hurts, I feel unfathomably hungry, and my efforts to convince Archer, the Arseblog German Shepherd, to go upstairs and write today’s blog have failed miserably so here I am. Sitting here. Wishing I wasn’t sitting here. But hey, I love you too much to not be sitting here.

Anyway, let’s start this morning with Alexis Sanchez. After the manager accused the press, somewhat tongue in cheek – but only somewhat, of ‘lacking a bit creativity‘ by asking him about the contract situation every single week, the man himself spoke to Sky Sports, and touched on his future.

He declared his love for everything Arsenal. The staff, the cooks, everyone, and that he enjoys playing for us. He said he’s very happy and that he wants to win the league and the Champions League with us, which is quite a coincidence because so do I. Anyway, specifically talking about his deal, which has 18 months left to run, he said:

To be quite honest, right now I’m more focused on winning football matches. I’m staying concentrated on that side of things.

It doesn’t really depend on me so much as it does the club, if they want to show confidence in me.

Which is basically a massive ‘Show me the money’, so, in my humble opinion, what Arsenal should do is get the money, lay it out all nice like, and then show it to him.

Dear @arsenal, I have put together the perfect package for Alexis. Please present it to him at once, then ANNOUNCE NEW CONTRACT. Cheers. pic.twitter.com/dpTgmLb2z6

And I don’t blame him one bit. He’s one of the best players in the Premier League, if not Europe, if not the world, if not the galaxy, if not the Milky Way, if not the infinite universe that is actually all a computer simulation but that’s another story, and he wants to be paid accordingly.

When you consider that he’s now 27 years old, this is likely to be his last ‘BIG’ contract. The one that he’ll sign when he’s in his absolute prime and heading into his peak years as player. It’s completely normal that he, and his apparently quite difficult to deal with agents, will try and maximise this next contract to its fullest.

Now, if you were being completely cynical, you might wonder if this is the classic player tactic of lobbing the ball quite publicly into Arsenal’s court and so, if no agreement can be found, the finger of blame can be pointed in only one direction.

But, when it comes right down to it, this is what happens at football clubs everywhere. The best players know how important they are and with agents, managers, image rights gurus, fluffers, roustabouts, and everyone else involved, they do everything they can to squeeze as much as they can out of a club when negotiating a new deal.

Arsenal just have to look at the cost of replacing him to work it all out. Transfer fee + wages would be enormous, that’s even if you can find a player who comes close to being as good. On top of that, there’s the fundamental issue that if you lose a player of the stature of Alexis Sanchez, it says a lot about you as a club. Attracting top talent is one thing, but you have to be able to keep them too if you want to be considered an elite outfit.

Anyway, to me it sounds more or less positive. Clearly there’s some talking to do but it basically sounds like if we can come close to what he wants, then he’s happy enough to stay. I’d give him anything he wants to make him stay. An East 17/Lisa Loeb mash-up if that’s what he’s after. Maximum stay. Stayapolooza.

I often think at these times of Staythagoras’s theorem which states that if A, B and C are points on a circle where the line AC is a diameter of the circle, then the angle ∠ABC is a right angle and Alexis Sanchez should get a bazillion pounds a week. Football needs more input from Ionian philosophers.

I’m sorry. I can’t carry on now and do all the rest of the news. My head is so unbelievably sore, but I managed to get through the whole night last night without doing a shot of Jaeger, so that makes me feel a bit better.

For now, I’ll leave with yesterday’s Arsecast in which I talk, then I talk some more, then I talk to Gingers4Limpar, then I talk a bit more, and then I do some silly voices. Listen below, have a great Saturday, I’ll be back tomorrow to preview the Man City game and all the rest.