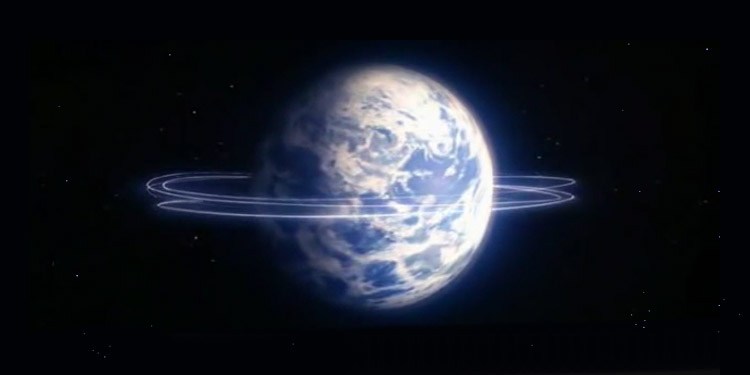 Good morning. Here we are. The world keeps on turning. There’s no Superman to fly around it really fast and make time go backwards. Although seriously, has anyone ever stopped to think how ludicrous that was? It just wouldn’t work no matter how ‘Super’ a man you were. Time is not tied to the rotation of the earth and if you made it spin the other way all the mountains and stuff would topple over.

Well, I guess that’s what would happen anyway. Having thought about it for another couple of seconds – which is about all this concept actually deserves – I suspect the planet would basically self-destruct, the molten core at the centre of the earth (where the dinosaurs come from) would get all bubbled up and volcanos would spew their lava and the tectonic plates would go mad and there’d be earthquakes and tsunamis and stuff.

So, Clark Kent, if you’re reading this thinking ‘I know what to do today’, don’t do that. The movies have sold you a pup. I just had to look that up phrase too, because being sold a pup is, to my mind at least, a very good thing, yet that particular idiom makes it sound bad. Anyway, turns out it stems from middle ages when access to meat was much more limited than it is today. So, someone would pretend to sell somebody a piglet but inside the bag there was a puppy instead.

I have to say my initial reaction would be ‘Goddamit, no bacon’, but then immediately it would be ‘Yay! Puppy slurps’. So, Clark Kent, if you’re thinking about buying a piglet today, go to a reputable butchers and purchase an animal that has had a life outside, a free ranger, and if you really need to get a puppy, rescue one from a shelter because they need to find a home. Also, you really do have to question the shoppers here, it’s important to look inside the bag before handing over your hard earned cash.

Caveat Emptor, as the Romans used to say, which is Latin for ‘Watch out buyer, there might be a puppy in that cloth sack and not a piglet’. They really had a wonderful way of saying a lot with very few words, but that was offset by how stabby and poisony they were in general. Every glass of wine was like a game of Russian roulette. Down the local inn every weekend there’d be lads poisoning the shite out of each other over the smallest things.

‘I’ve already stabbed him in the bollix’

Anyway, I suppose we shouldn’t really look back misty-eyed at a people who had others eaten by lions and wild animals for sport in their colosseums, although the way ratings are going for the Premier League, it wouldn’t be a surprise if the TV companies introduced some of that as half-time entertainment. I would quite happily watch Michael Owen vs a Leopard or Robbie Savage with a tiny sword against a giant in full armour with one of those twirly around spiky metal balls on a chain.

As you might have guessed, we are slap bang in the middle of an Interlull. There is very little out there to distract us and/or entertain us, not much on the ground in terms of Arsenal news. We await an update from Chile about the fitness of Alexis Sanchez who has either suffered a minor muscle tear or a very serious one. The truth might lie somewhere in-between but apparently the information making its way back to Arsenal is quite muddled.

Alexis, as you would expect, is saying it’s all fine and he’ll be ready to play against Uruguay next week. However, with Manchester United waiting as our first game back after the Interlull, there’s some fear that he might play through pain for his country and end up hurting himself further. That’s just the way it is with him though. Chile’s position in the qualifiers is a bit precarious, I think, and he’ll be determined to make a difference. It’s part of his personality, and what makes him the player he is. We can’t really expect him to turn it off.

That said, a modicum of common sense would probably be a good thing here. Would he rather struggle through one international game and then miss a load of Arsenal matches, or sit this one out, score the winner at Old Trafford, run up the touchline swirling his shirt around his head driving Jose Mourinho into a frenzy where he attacks Arsene Wenger and Arsene karate chops him in the neck as Steve Bould chokes out Rui Faria? I think I know which one I’d choose.

In other injury related news, Hector Bellerin is reportedly out of the Spanish U21 squad as he struggles with an unspecified injury, but which may be an ankle problem. Let’s hope there’s nothing too serious going on there. And another Spaniard, Lucas Perez, has been given permission by Arsenal to continue his recuperation from an ankle injury at his old club Deportivo la Coruña. It’s not uncommon for players to spend a little time back home when they’re going to be sidelined for a while, and he’s not expected back until well into December at the earliest.

Right, that’s just about that. A reminder that tickets are now on sale for the Arsecast Extra Live, taking place on Thursday November 24th at the Garage, Highbury & Islington. Details and ticket links here.

I’m back tomorrow with an Interlull Arsecast, just because I think you’re cool. Until then.