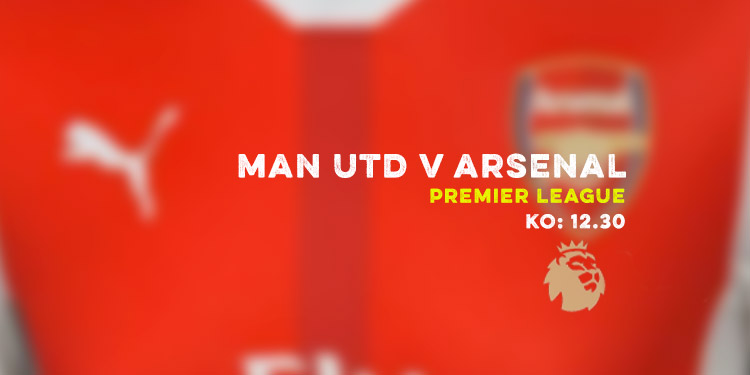 So, there’s no easing ourselves back into action after the Interlull. It’s straight back into the madness with a trip to face Manchester United. It’s a game that promises little if you look to the history books for guidance.

We haven’t won there in the league since 2006. Arsene Wenger has never won a Premier League game against Jose Mourinho. We have been known to struggle – from time to time, not always – with early kick-offs away from home. And last year’s game there, despite being the only one we lost away from home in 2016, was so utterly abject it’s bound to have left some scars.

So it all adds up to a very challenging early afternoon for us. There are decisions for the manager to make in terms of his team. Alexis Sanchez seemed to take a full part in training yesterday, and unless he’s since reported some kind of problem or aggravation of his hamstring injury, I think he’ll be the man to get the nod up front. He’s been so important to our best attacking displays this season that his selection would be completely understandable.

It’s also a game, much like the one in midweek, where the Chilean would really, desperately want to play and make an impact. He’s spoken about the potential of the team and it’s title credentials, and considering the quality of the opposition and the importance of the game this is one he just won’t want to miss. The manager might also feel that Olivier Giroud could be a better option from the bench. He’s got a decent record of coming on and scoring as a substitute, and should we need that it’d be something to have in reserve.

There’s also a decision to be made at right-back because of the absence of Hector Bellerin. Wenger has already ruled out shifting Shkodran Mustafi over, preferring to keep his central-defensive partnership together, but says he’ll choose between Carl Jenkinson and Gabriel to do the job. Obviously Jenkinson is the most natural fit, but he’s not long back from a long-term injury and there may be some worries about his form/temperament. It would still be strange to see Gabriel get the nod though, he’s hardly played this season, and although he has played left-back for Villarreal a little bit, I always feel like a central defender at right back is veering towards square peg-round hole territory. The Djourou Complex, if you will.

I’m interested to see what he’s going to do in midfield. Granit Xhaka was probably our best midfielder against Sp*rs, and you would think that away from home a more defensive minded player like Francis Coquelin or Mohamed Elneny would be the foil for him. However, with Aaron Ramsey fit, I suspect there’s a temptation for him to try out the Welshman alongside Xkaka, although perhaps tempered by just how big this game is for that particular experiment.

United have a litany of injuries and suspensions apparently, with Ibrabhimovic suspended, Bailly out at the back, but I’m really not looking at them as if they’re weakened in any way. Last season they played a kid with barely any experience up front, two midfielders at centre-half and had a right back on a yellow card after about 5 minutes, and we still lost, so there’s no point thinking there’s any advantage gained. They still have good players and you can be quite sure Jose Mourinho doesn’t want to lose this one as much as Arsene Wenger wants to win it.

We go into this game unbeaten since the opening day of the season, with some of the questions asked about us answered. Not always convincingly, but answered all the same, so it’s been a very positive response. We’re in a fairly healthy position in the league, and we’ve seen a team that looks much more cohesive and fluent. Yet there are further questions when it comes to this team’s ability to go the distance this season, and this game is one of the stiffest.

Like the Sp*rs game a couple of weeks ago, it’s a chance to go top of the table – albeit temporarily, perhaps, and that pressure on top of the game itself will be a challenge. It’s not as if we don’t have the players or the footballing ability, it’s just that sometimes you wonder if the team really believes in itself. Last season’s game there was an almighty choke, there’s no other way of describing it, so there many layers to this fixture.

Win, and there’s a lot to take from it in terms of confidence and belief, as well as Premier League points. Draw, and you can rationalise that, you’d take that away from home against United – although the circumstances of a draw can often shift that perspective. Lose, and we’ll be worrying about whether we’ve made enough progress. It’s such a big game, one that could see our season hit turbo boost, or throw up an all too familiar roadblock.

I can’t even begin to try and predict what might happen, but I hope that we do ourselves justice today. There’s plenty of talent and quality, and there does seem to be an edge to us this season that hasn’t been there for a while. If we can play anything close to our potential we can cause them problems, but such is their record at home etc, it’s impossible not to be nervous and wary.

Remember, you can join us for live blog coverage of the game, up to the second text updates and chat with other Arsenal fans. Check back for a post with all the info about an hour before kick off, or bookmark our default live blog page and updates will begin automatically.

There’s also still time to hear previews of the game from both sides of the fence, and more, in this week’s Arsecast.

Right, there you go. Fingers crossed. Everything crossed. Come on Arsenal.