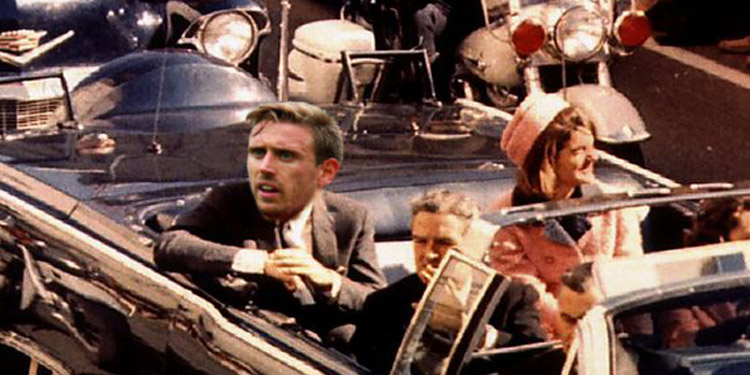 Where were you the day it happened?

John (27) plumber: Oh I remember it like it was yesterday. That morning I had a nightmare. The car wouldn’t start, which meant I had to walk the kids to school. The rain, like nothing I’ve ever seen before, but I got them there and took the train into work. On train there was this old lady who started singing ‘Rhinestone Cowboy’ and wouldn’t stop the whole way. Of course, I’d forgotten my headphones so I had no way of blocking it out.

I offered her five pounds to stop which she accepted. She put the money in her pocket and then just started singing again. When I got to work, my boss was in a foul mood and despite the fact I’d been a model employee, I got fired. So yeah, it’s safe to say I remember that day.

Edward (47) financial consultant: I was on the way into the office to consult some finances, for I am a financial consultant, and all of a sudden a naked priest ran across the motorway and held up the traffic. I know he was a priest because he still had his dog collar on and he had the buttocks of a man who has lived in the service of God.

I was in quite a rush because the person whose finances I was going in to consult was due in court later that day on charges of embezzlement and peculation. Just as it looked as if the emergency services were going to sort it out, the priest was joined by a lap-dancing Rabbi, a beat poet Imam and a Hare Krishna fella who was holding up a sign saying, ‘ENOUGH’.

It was not clear to me what they’d had enough of, but I had certainly had enough of these chaps and got out of my car to give them a good seeing to. That’s when, so I’m told, a seven-foot tall Buddhist whacked me over the head with a tyre iron. I woke up the next day in hospital and the chap whose finances went without consultation ended up in prison for four years. It’s hard to forget that day for many reasons.

Emma, 34, taxi driver: Well, the reason I remember it so well is because I picked up a fare which was a man and woman both dressed as bears. I asked them ‘Why are you dressed like bears?’ and the only thing they said was ‘Because we really want some honey, honey’.

It was quite disconcerting. I was very glad when they got out of the car. They did not give me a tip.

Emilio, 54, doctor: Who could forget that day? Even aside from the seismic event in question, it had been quite the experience. A man came in complaining of headaches. He didn’t seem that serious, but as he waited in the waiting room, a room specifically designed for waiting, he became more and more anxious. He started shouting things but nobody could understand what he was saying.

It was no language anyone had ever heard before. He became threatening and other patients were getting scared. Security was called, but just then I remembered an episode of House I’d seen before in which a man started using a new kind of carpet shampoo and this activated a pre-existing condition which had lain dormant for years causing him to invent a whole new world for himself including an entire dictionary full of words which only he understood.

We gave him a couple of aspirin and it was all sorted out. My colleagues thought I was some kind of genius. Later that night I asked out Betty, a nurse who I quite fancied, and she said ‘Sorry, I’m just not into you’, but that all turned out well because later, drowning my sorrows in a bar, I met a woman who then became my wife.

Adrian, 54, pilot: We heard the news in mid-air. Ground control passed it on. We also saw a UFO. Me and the co-pilot noticed this craft in the distance, keeping pace with us, and we radioed in to ask what it was. They told us there was nothing on the radar, but we saw it.

Then, all of a sudden, it took off vertically at an unimaginable speed before turning towards the moon. Nobody believes us, and that’s why I drink so much these days. We’re not alone. They are out. And they’re coming for us. LOCK THE GATES!

Mary, 83, retired: I was on the train entertaining people by singing Rhinestone Cowboy. A very nice man came up to me and offered me five pounds to keep going, and I was only too happy to oblige. Such a nice young man. Later that day I made some scones but I left them in the oven a little bit too long so that was a bit upsetting. I was hoping to have them for my tea with some jam.

I had a look in the larder but there wasn’t very much in there. I didn’t fancy a tin of peaches, so I just made do with some Cream Crackers and bit of cheese. I lit the fire and watched my soaps before going to bed quite early.

But it’s a day I’ll never forget. Like everyone else, I remember exactly where I was the day Nacho Monreal scored for Spain.