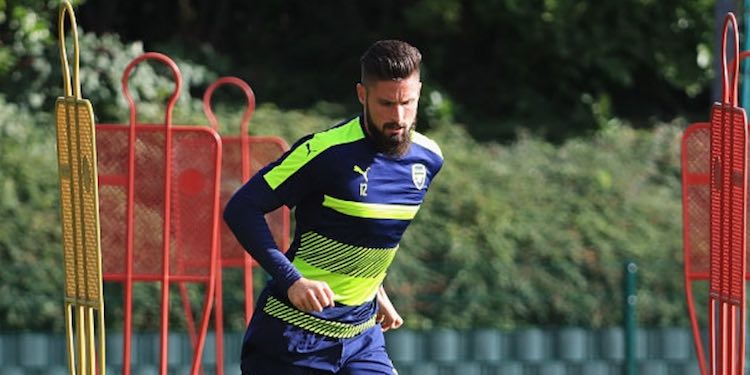 Hello, and happy Monday to you all.

Yesterday’s football saw us knocked off the top of the table, but only on goal difference after Man City drew with Southampton. Was there any other football yesterday? I can’t seem to recall any. I was sure there was something though.

OH YEAH! As I Tweeted yesterday evening, I never like to see Chelsea win, but I do so very much enjoy seeing Jose Mourinho lose. A return to Stamford Bridge ended in ‘humiliation’, according to the man himself, unhappy that Antonio Conte celebrated the fourth goal so vigorously. Diddums. Apparently back-room staff clashed in the tunnel too. No doubt Mourinho’s Igor was involved in that, the henchman looking fella whose hands are probably just that little bit too big, a sign that he’s genuinely mad.

What entertainment the Premier League is throwing up this season. And look how tight it is at the top. Man City, Arsenal, and Liverpool all on 20 points with just a single goal in the difference as you go down the table. Then, right behind, Chelsea and Sp*rs on 19 points. There’s a bit of a gap opening up then, but such is the nefarious nature of Mourinho – who having already sold his own soul for success has probably thieved one off an orphan to sell again – that you just can’t write off United. Especially as we’re playing them in the not too distant future. That’s a bridge we can cross when we come it.

This week we’ve got EFL Cup action with Reading paying a visit to the Emirates tomorrow night. It will be a chance to rest some of the legs that have been called on most frequently, and also an opportunity for a few who are still looking for fitness to make their way back. Olivier Giroud is expected to be involved, and having last season’s leading scorer back is good news for a squad that could do with a bit of variety. For all the nice attacking football we’ve played so far this season, there was always going to come a time when we got rumbled.

It almost happened against Burnley, Laurent Koscielny’s late goal saved our bacon that day, but there was no last-ditch winner on Saturday. I like the way we’ve played throughout this campaign, the football is better and more effective than it has been for quite a while, but sometimes there’s nothing quite like the blunderbuss approach of an old-fashioned centre-forward – which is more or less what Giroud is. And that almost doesn’t give him the credit he deserves because perhaps some of this kind of finishing would have been very useful against Boro.

We can look forward in greater depth to the Reading game tomorrow, but the other thing going on this week – today, in fact – is the Arsenal AGM. It normally takes place on a Thursday, but it seems with Stan Kroenke in town to take in the Boro game at the weekend, it’s been moved to today for his pleasure.

The Guardian, amongst others, suggest this is a bit of an inconvenience to Arsene Wenger who naturally enough has training and preparation for tomorrow to take care of:

“Normally, I’m not there because we prepare a game for Tuesday and we practise on Monday morning,” Wenger said.

He was asked to clarify the comment. Was he going to make it? “I don’t know,” he replied. “My work is to practise [with the team].” Wenger will find a solution and he will attend – “I will see how I can combine both,” he went on to say – but it was difficult to ignore the impression that he considered it an inconvenience.

I guess it’s small drama really, and this year’s AGM should be a much less fractious affair than some of the recent past. We’re playing pretty well, there’s a renewed confidence in the team because of that, and the club has spent some of that cash pile on good new players during the summer. Obviously there are still bits and pieces to get people going – the AST’s desire to see tickets used rather than ‘sold’ might spark some debate, and we’ll see what else crops up.

No doubt the manager will say a few words, as he normally does. Kroenke probably won’t say anything much at all. Sir Chips might put his foot in his mouth somehow and people will get outraged, and then we can get back to worrying about the football. We will, of course, have a correspondent there who will provide us a full write-up of all the fun over on Arseblog News later on.

We’ll also have an Arsecast Extra for you later on, so if you have questions for myself and James, please send them on Twitter to @gunnerblog and @arseblog with the hashtag #arsecastextra. That will drop for you before lunch today.

Finally, just because it amused me greatly, there’s this from the weekend:

Love how the Barca players react to a plastic bottle as if it's a grenade. pic.twitter.com/jmRuTKeLoE

I mean, you can’t condone fans throwing things onto the pitch in any way, but the reaction of some of the Barcelona players is priceless. It’s like they all had the same thought – ‘Remember what we learned in acting class!’

Right, that’s that for this morning. I’m off to vigorously celebrate having some more coffee and breakfast.