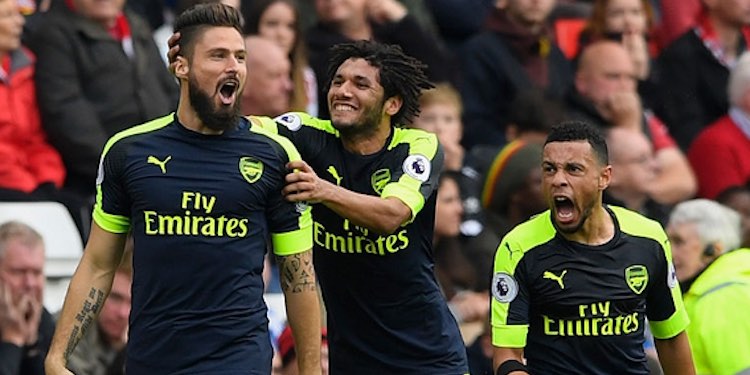 So there was a part of me when Sunderland equalised that thought ‘Oh for goodness sake’, except replace the word ‘goodness’ with the worst swear word you can think of. Then double it. Add 51. Multiply it by the year you were born. Divide it by 7. Then invent another word which is so foul that you could never even speak it. Something like that.

I wasn’t so much frustrated at the players as referee Martin Atkinson. Up there with the worst Atkinsons of them all, like Ron, Steve, Englebert, and Graham Atkinson who is almost 100% to blame for the fact I still don’t have a theremin. I want a theremin so bad. Anyway, my ire was directed at him. I saw people on the old Twitter saying we should blame the players for not doing enough, but to my mind when our striker bursts forward past a defender and is then hauled down in the box, that’s enough, because he would have gone on and scored.

Instead, the referee waved his arms as if to say ‘Pfffffff, nothing happened there’, when it was quite clear something had and we ought to have had a penalty. Then, just a couple of minutes later Sunderland got a penalty of their own and Jermaine Defoe’s rice pudding powered spot kick brought them level. It was so infuriating I forgot that I still didn’t have a theremin.

I felt like I’d seen this particular film before. Even if it wasn’t a film, it was a football match. There was a familiarity to it though. We spurn chances, the opposition get back into it and then we go on and mess it up even further. Arsene Wenger himself – who I’m sure has a theremin room in his house, packed with various different makes and models of theremin – was fearful it might get worse.

“I was even worried we could lose the game,” he said. “Sometimes a team misses so many chances they feel like they deserve to lose but we bounced back.”

And how! The manager brought off Alex Iwobi and put Olivier Giroud. The HFB’s season has been difficult thus far. This was actually his 6th appearance, but he’s been very much a bit part player because of his late arrival back from the Euros, the form of Alexis Sanchez, and a really hurty toe. In the build up we spoke about him being a Plan B, and that B obviously stands for … er … brill or bejesus or blimey or bgooooooooooaaaaaallllll, because that’s what he did.

His first touch was to sweep a Kieran Gibbs cross into the bottom corner, and his second was a header that looped over Sunderland’s work experience goalkeeper. Two touches, two goals, and the game was won. Aaron Ramsey came on as replays were being shown, and before anyone even knew he was on he had a half-assist for Sanchez’s second. A Gibbs shot cannoned back off the post, Ramsey stuck a leg out, it came to Alexis who bamboozled a defender and the keeper to poke the ball home from close range.

That added to his opening goal which came at the end of a move consisting of 750,000 passes. Alex Oxlade-Chamberlain burst down the right, whipped in the kind of cross which showed he’d listened to this week’s Arsecast, and Alexis was there to get ahead of the defender and head the ball into the top corner.

Sunderland were, let’s face it, pretty abject. Sorry to any Sunderland fans who might be reading, but even if the owner gave every player a voucher for a theremin at Theremins R Us down in the theremin district (that’s on 3rd), they wouldn’t be motivated enough to stay up. It’s a collection of very poor players, so while everyone points and laughs at David Moyes, I’d challenge anyone to win a Premier League game with that collection of gimps.

Not that I think David Moyes is any good though. Of course if some people had their way he’d have been our manager, but I think you can quite easily dismiss the opinions of anyone who thought that was a good idea. Whatever that special kind of moron thinks about anything afterwards is irrelevant if that’s what they wanted.

Overall I feel it was important for us to win today, because we had won six and then drew at home last weekend, which was disappointing. So to have another game without a win would maybe have created some uncertainty so it was important to win the game.

Today we missed many chances and suddenly we were down to 1-1. After that it was more of a mental test. How do we respond? Do we feel sorry for ourselves? We had the strength to push and in the end it was a very comfortable win.

You really do have to credit the reaction at being brought back to 1-1. Giroud’s impact from the bench was superb, and overall we didn’t go into our shells or feel sorry for ourselves. We responded brilliantly, and that’s a very encouraging sign. We’ve seen very different outcomes in games like this before, and to see this lot do what they did yesterday put me in mind of Arsenals past.

Yes, I know it’s still very early in the season, and there’s a long way to go, but I like what I see from this group this season, so fingers crossed it lasts. Right, I have to go and have some breakfast, then go theremin shopping. Have a good one, it’s a bank holiday weekend here, so … well … I don’t know.

I just thought I’d tell you that.