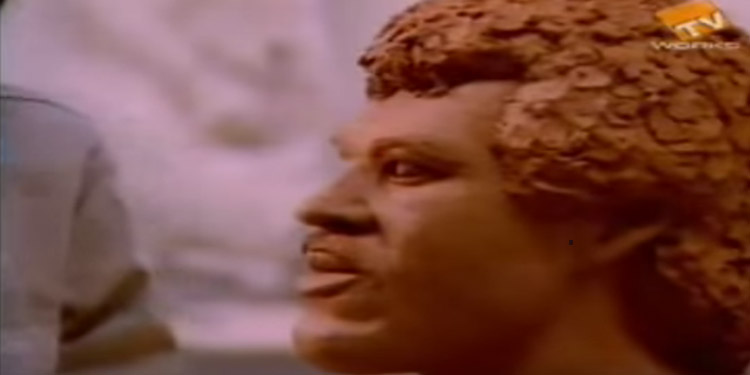 When Lionel Richie said he was ‘Easy like Sunday morning’, what exactly did he mean? I’m guessing he means it’s a day of rest, so he didn’t have to get up and go to work with the rest of the Commodores down at the old recording studio.

There were no questions like ‘What song will we write today, Lionel?’, or ‘Exactly how many times a lady do you think would fit into this particular chord structure? Once? Twice? Thrice? Fource? Fice? Sice? Or is that too many times? Maybe we should dial it back a bit.’

But Sunday morning almost always follows Saturday night, so things aren’t always easy. Like it’s not easy to get out of bed when you had once, twice, or three times an unnecessary Manhattan when you got home, and then you tried to play FIFA but you couldn’t really see so you had to close one eye and then some teenager who is some kind of FIFA genius started doing Cruyff turns and stepovers and all the tricks so you thought ‘Fuck this guy’ and just started hacking down his players to deliberately get booked and sent off and then you had so many men red carded he was awarded a 3-0 win by default.

I’m pretty sure Lionel Richie, had he any experience of that, would have sang a song called ‘Ouchy like Sunday morning’. It fits, it scans, it works. But then Lionel went completely mad in the 80s and after he got a blind lady to make a hideous sculpture of his head, he started dancing on the ceiling. You know who does that? Nobody. It’s impossible.

But the people who think they can are high on very powerful drugs and I suspect Mr Richie was a consumer of of the top pills. You think the stuff you can get off Johnny Dealer is good? These stars have access to stuff you never even heard of which makes you think that you can dance upside down. That’s what happened to the bass player from Mr Mister, he got hold of some mad gear one night, tried ‘doing a Lionel’, then fell and broke his collar bone. Almost literally a broken wing.

The band had to get a replacement in and his life went downhill very fast. It’s sad to say that he never recovered from that, and his music career was over. After some time in the doldrums though he set up the world’s first hipster toast cafe, selling only toast and butter and jam. His speciality takeaway of ‘Essence of toast served with homespun nettle preserve infused with fennel and fig’ still goes down a bomb with people who have much more money than sense. Or taste.

Life can work itself out in the end, I suppose, but it’s a warning to bass players the world over that when you dance keep your feet on the ground. As for Lionel, I think he’s calmed down a bit these days and his Sunday mornings probably are easy. Is he dead? I don’t think so. I’ll just Wikipedia it. Oh shit, I’m typing out loud. Anyway, he’s alive. Turns out he played a gig in Ireland not so long ago, at a racecourse.

I know celebrities will do anything these days, but entertaining horses is surely a step too far. Where is his credibility gone? I don’t mind horses really, but my dog does not like them at all. Sometimes we’re in the Phoenix Park and there are horses with people on them trotting through and Archer’s all ‘No. I do not want to go near that thing,’ and I wonder what he thinks they are.

Foxes and cats, I know he sees them as prey; magpies are arseholes who taunt him in his very own garden; but does he think horses are just gigantic stretched-out dogs? I just don’t know. All I do know is that he’s never shown any interest in going to a Lionel Richie concert, but then I don’t think he’s held one in a kennels so it wouldn’t even be a thing for him.

I’m going to go now. Before I do I heartily recommend you read this on Football 365. I don’t know who the author is, but my cap is very much doffed to them. I enjoyed it so much I would commission a blind lady to make a hideous clay sculpture of their head, if they wanted.

Anyway, have a good Sunday. Take it easy Lionel.