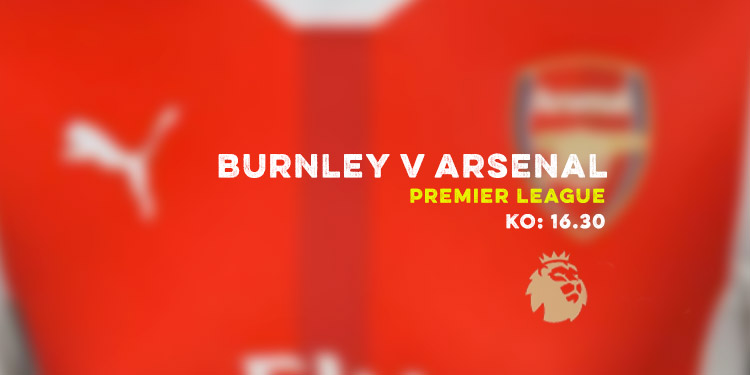 Another little test of our mettle today as we face Burnley in the Premier League. We’ve beaten the big side last weekend; avoid the midweek Champions League banana skin in a very solid way; and now we have an away trip after a European game, something which can often be a little bit of a struggle.

Burnley are a team we would be expected to beat, but they’ve shown already this season that they’re not to be taken lightly. Liverpool’s only defeat of this current campaign came at Turf Moor, so there’s no way we can take anything for granted. Perhaps here is the humility that Arsene Wenger was talking about earlier this week. Not simply when it comes to ourselves, but also the opposition. Don’t go into games thinking we just have to turn up to win, as we know fine well how much that can come back and bite us on the arse.

It will be interesting to see if he does anything different with his team today. The temptation must surely be to stick with what’s worked so well in the last couple of games. When the team clicks into the gear the way we saw in that first half against Basel in particular, you’d be sorely tempted to go with the same thing again. If we create a similar amount of chances and have a little more efficiency in front of goal, then there’s the chance to give some players a little rest with substitutions.

At some point though, he does have to try and find some way to rotate his squad to ensure that he doesn’t run the legs off the same players every week. But how do you play Lucas ahead of Alexis considering the form he’s in right now? With Walcott on fire does it make any sense to bring in the Ox? It’s a difficult one.

Perhaps we might see a couple of small changes, maybe Elneny to add some defensive qualities to midfield, and maybe give Cazorla a rest. That said the manager might look at Santi as a player who is not going away with Spain for internationals and leave well enough alone. Gibbs for Monreal at left-back, if Nacho is carrying a bit of a knock as his substitution the other night suggested?

Beyond that, and Petr Cech returning in goal, it’s very difficult to know what he’s going to do. My suspicion is it will be very close to the team that started against Basel and he’ll be hoping for a similar 45 minutes at Burnley to the one we saw away at Watford when we essentially won that game in the first half.

Wenger is not taking Burnley lightly, by any means, saying:

I watched their last game against Watford and their commitment was absolutely superb. We have to prepare for a battle mentally. Against Liverpool they had not a lot of possession, but they were very efficient and as well because they have strong points. They are strong on the counter-attack, they are efficient on set-pieces and that’s why they get results.

The last couple of games have gone a long way to instilling trust and belief in the team and its capabilities for this season. The season is made up of lots of challenges though, and this is one where we will be really tested by a fully committed side with the home crowd right behind them. It might be more of a scrap than we’ve had recently, so it’ll be interesting to see if we’re up to it physically.

I think we can be pretty confident about this one the way we’re playing, but we have to maintain the focus we saw against Chelsea and against Basel. If we can do that then we should go into the Interlull with another three points under our belt.

It’s a somewhat odd 4.30 kick off today, and we will have live blog coverage of the game for you, so check back in later for a post with all the details on that. Last call for this week’s Arsecast, if you haven’t had a chance to listen already, there’s plenty in there to help you pass some time before the game.

Finally, thanks to everyone for all the nice words about the Wenger 20 piece yesterday. Let’s hope that he kicks off his 21st year in charge the right way. We’ll have all the match reports, goals, stats, player ratings and more over on Arseblog News post-match.

In the meantime, have a good one, see you later for the game.