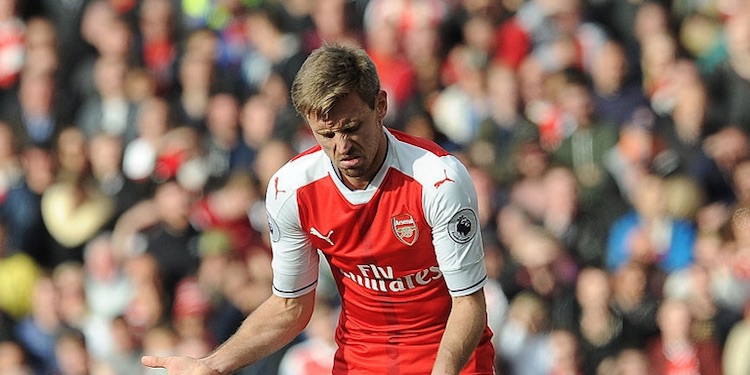 This morning was one of those ‘Oh I’m awake. Ouch. What happened yesterday with the football? Oh yeah. 0-0. I wish I wasn’t awake’, kinda mornings.

Not because a 0-0 is particularly bad or the worst thing ever, but because it was one of those about which there’s not a lot to say other than ‘Thanks Petr Cech, people doubted you because sometimes when the ball is hit to your right you look a bit dodgy but in reality you’re still a very good goalkeeper who makes some excellent saves’.

Let’s be brutally honest about this, for all our possession and domination of the ball, Middlesbrough had the best chances in this game. Sure, there was that Alexis one in the second half which he really should have done better with, but if you were a Boro fan this morning you’d be all ‘Ah ffs, more like Gast-off Ramirez, am I right?!’

That fella had a brilliant chance to put them ahead when the ball fell to him at the back post but Cech pulled off a great save to deny him. I think it was 50% a save and 50% the kind of miss that will have given him nightmares last night – there’s enough of each to credit our keeper and also be thankful for some poor finishing. He also hit the bar from a free kick which reminded me of the one that went in the other week (Southampton?), but this time it rebounded to safety.

For all our attacking talent, we couldn’t break down a Boro defence that was well organised – much like Burnley a few weeks ago. They defended deep, denying us space to run into, which is understandable, but even with Ozil, Alexis, Walcott and Iwobi, we lacked the ability to create the chances we needed. Bringing on Lucas and Oxlade-Chamberlain didn’t really do a great deal to counter their game plan, and it was a day when you looked to the bench and wished we had Olivier Giroud on it.

The Frenchman may not be everyone’s cup of tea, but there’s no law that says you have to love tea. Sometimes you can sit there and talk about how you don’t like tea while someone else enjoys a nice cuppa. The way that Boro played, with 10/11 men behind the ball and with a packed penalty area made it very difficult for us, and the ability to throw in some crosses from wide areas to a player who might have a chance of getting his head to the ball might have been better than getting into those wide areas then passing the ball back into midfield.

I guess it’s also a reminder that as well as this team has been playing from an attacking point of view, it is possible to negate us if you’re well organised and defend well. Maybe a little more craft in midfield might have helped. Not that Coquelin and Elneny were bad, but if you had a Cazorla or, dare I say it, an Aaron Ramsey in there it might been a little bit different.

So, disappointing not to win and not to keep the winning run going, but another clean sheet, we remain unbeaten since the opening day and that result was enough to put us top of the table. Of course Man City play today and could go ahead of us, but it was one of those post-Champions League performances which can happen. A team which is slightly not at 100% physically finds it tough to break down opposition who come into the game completely fresh having not played in midweek.

I think I have a frustrated face, certainly, and I am. We had a lot of the ball, in the modern game it’s maybe not enough to win the games. We had 75 per cent possession but we didn’t have our usual pace in the combination or enough sharpness in our movement. In the first 20 minutes we were quite satisfied, after Middlesbrough came back in the game and were dangerous on the break. In the end, we couldn’t win it. At least we were intelligent enough not to lose it.

Maybe there’s something to that. I felt from about 15 minutes in it was going to be one of ‘those’ days, but often those days come with a much more unpleasant sucker punch as we look to find a goal. As I said I think we can thank Cech, and a brilliant late tackle from Laurent Koscielny, for keeping them out.

I also wonder if the manager might consider how he uses his squad. He will make a lot of changes for Tuesday night’s EFL Cup game – Giroud could return – but would a couple more against Ludogorets in midweek have left us a little fresher for yesterday? We can only speculate, but Burnley and Boro have provided others with a blueprint when it comes to stopping us being as effective as we’d like. We’ve got to find a way around that. Not just a Plan B but a way to effectively counter teams who will do their best to stop us that way.

Something for him to ponder, and when it comes to his birthday drink, the manager said, “When you win, you deserve it. When you don’t, you need it.”

I think we can all get on board with that. Right, that’s your lot for this morning, more tomorrow including an Arsecast Extra. Until then, have a good Sunday.