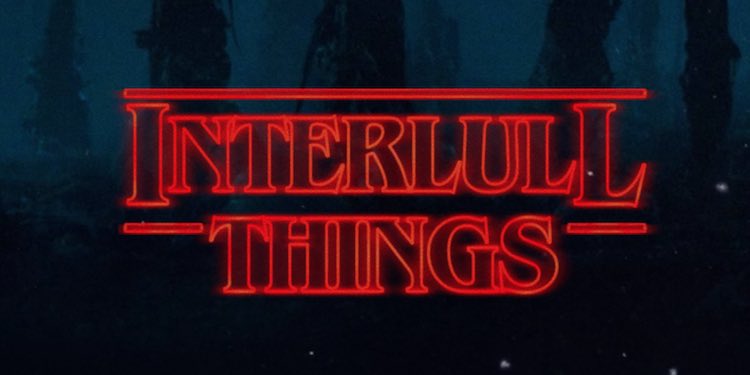 It’s dark these mornings. Winter is coming. Although it has been unseasonably mild, maybe I should just appreciate that. It’s Monday, hope you had a nice weekend. Maybe you watched some international football. I didn’t.

Nacho Monreal played for Spain. Alex Iwobi scored his first goal for Nigeria. Theo Walcott played for England. And that’s about as much as I can be bothered to make out. Tonight France are playing the Netherlands, so I guess Laurent Koscielny should be involved; Germany and England don’t play till tomorrow night; while Chile play late on Wednesday night in order to ensure Alexis is exhausted when he gets back.

Update: Cheers to Tim Stillman who points out they play on Tuesday there but by the time they kick off it’s Wednesday here.

I was going to do one of those ‘on this day posts’ when we look back, and I’m still going to do that, but a very quick examination suggests that this day in every year since the blog began has been in the middle of an Interlull. Still, as there’s nothing else going on, we might as well. Starting with:

October 10th 2008 – and an injury to William Gallas: It strikes me it might be quite convenient for the manager. He can change things around in his defence without having to drop his captain, which is always a difficult thing to do. That’s providing the injury keeps him out of our games and not just the French ones, of course. If that is the case it’ll be interesting to see who comes in. Will he bring in Djourou who will add height and pace to the centre of the defence or will he play it safe and bring in Sylvester to add some funk?

I know who I’d play and it wouldn’t be the fishfaced disco queen.

I mention this not because it’s particularly interesting, but I think it’s worth remembering that Sylvester was an actual thing that happened that we all lived through. Just 20 days later we had peak Sylvester, Alex Song coming onto the pitch laughing and joking and then we drew 4-4 with Sp*rs.

It’s like the scene on the boat in Jaws where they’re comparing scars. Sylvester was our Indianapolis.

October 10th 2009: Armand Traore has taken advantage of not being in the team by opening a Martial Arts Weapon Superstore on Blackstock Road. The gala launch takes place tonight with special guests such as Steven Seagal, Jean Claude van Damme and Norris McWhirter set to appear. There’s a free knuckle duster with every £75 spent and there will be orange squash like you used to get in the cinema for the first 20 people.

You may or may not remember but Armand Traore, who is still playing professional football for Nottingham Forest, turned up at a North London derby at White Hart Lane and was caught carrying knuckledusters. He was promptly arrested, taken into custody and then released after a formal warning.

This is for any parent that harbours secret worries their child might be too stupid to make a career in the game. There’s hope for them yet.

October 10th 2011: I’ve considered a few things to make Interlulls less lullish and more entertaining. For example, a serialised, one-week adventure featuring Nelson Vivas who is sent back in time for some reason to do something to someone in order to get something something something. As you can see, I haven’t quite managed to sort out the details of that one yet. I chose Nelson Vivas because I think of all the players Arsenal have had in the past he would be most suited for going back in time. And I think he’d be a cold-as-ice assassin. You could beg all you wanted but Nelson would show you no mercy.

I think in the next Interlull I’m going to develop this idea further and probably have it made as a TV show. I mean, they’ll make any old thing these days, and if a time-travelling Nelson Vivas doesn’t do it for the executives I’ll add in a couple of dragons, some boobs, and a John Carpenter synth style soundtrack. That should do the trick.

October 10th 2012:  “He has been really good, and has learned a lot. He is a bit more confident with the ball, and is very solid as a defender. He brings a lot to the team, and I am very happy for him because he is a hard worker, a very good guy and is going to be one of the best.”

That’s Bacary Sagna talking about Carl Jenkinson, who had been filling in for him because the French international had suffered a serious injury (might have been the broken leg at Sp*rs when their fans threw things at him while he was lying at the side of the pitch).

Now, four years later (time flies eh?) Sagna is at Man City and Jenkinson is making his own way back from injury. He’s back in training and can’t wait to get back on the pitch. Is there a chance he might get an EFL Cup run-out? Maybe it’s too soon, but I guess we’ll find out later this month when we face Reading. Coincidentally, it was October 2012 when we played Reading in the Carling Cup, and won that bonkers game 7-5.

And given the dearth of Arsenal, we might as well relive that this morning.

Right, there’s not much point in dragging the arse out of this any longer. James and I will be here later this morning with an Arsecast Extra. As ever, if you have questions, send them to us on Twitter @gunnerblog and @arseblog and we’ll get to as many as we can.

Podcast will be up for you before lunch. Until then.