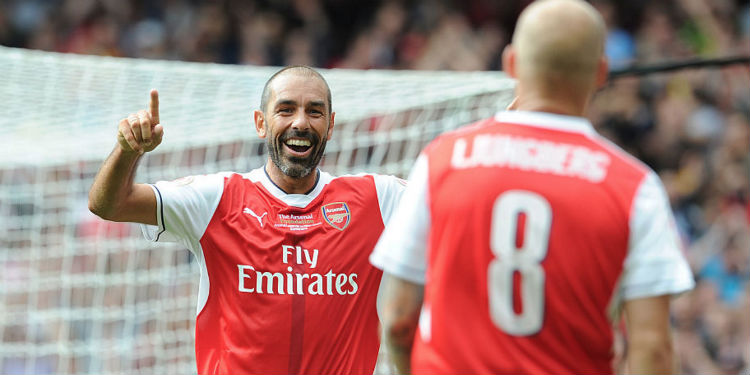 Blogs is in a part of Ireland where they don’t have Internet so he’s asked me to fill in today. I think it’s pretty fantastic that such places still exist…no wonder Apple think it’s a bit much paying tax while they get to grips with the whole making computers lark.

Anyway, it’s been a few weeks since I wrote here last and on reflection, my biggest regret last time was that I never wrote the following…

Well today, I can write that with gusto.

I went to the Legends game at the Emirates yesterday (more of that in a minute) and things got a little out of hand. Now all my insides hurt.

I got cocky because there’s now a 24-hour tube operating in London meaning I can, in theory, get back to Brixton with ease whenever I want…all without asking Wonga to fund a taxi.

What they don’t tell you is that the opportunity to utilise free public transport fries your ability to make sensible decisions.

It started when I tried to get a bus from Hackney to Warren Street at 3am. I have vague recollections of getting kicked off around Tottenham Court Road and then eating a Subway sandwich…truly the Chris Kiwomya of late night post-booze snacks. I know I felt pleased as punch to eventually make it to the tube because I took a selfie on the platform to send to my friends. I think I was trying to get across the whole ‘yeah, I’m at the cutting edge of life in the capital’ look.

At that point, I was 17 minutes from home. I got on the train. And promptly fell asleep.

An hour later I woke up in Walthamstow…the other end of the line and a full 45 minutes away from home. My phone was by my feet. I was covered in drool. And there was a woman who was pretty much poking me with a stick. She genuinely thought I was dead. It was 5.15am and I’m not going to lie…I wanted to cry a little bit.

I fell asleep again, this time waking just in time to get off at Brixton. I stepped out of the station to see the sun coming up. At 6am. Sometimes you have to learn life’s lessons the hard way. Next time I’m getting a cab.

With the Interlull in full swing there’s not a huge amount going on. Kanu sauntered about the Emirates and helped himself to a hat trick on a fun afternoon that also saw a shaven-headed Bobby Pires snaffle a late goal. Arsenal’s old boys ran out 4-2 winners against their AC Milan counterparts. Will we rue that late away goal?

Those taking part were a tad fatter, balder, slower and, all in all, sh*tter than they used to be, but some things never change. A paunchy Marc Overmars repeatedly cut in off the left and drilled daisy-cutters on goal, Freddie Ljungberg was terrier-like in midfield, Paulo di Canio pushed over Nigel Winterburn – the Arsenal man falling over like Paul Alcock – and players in red repeatedly went off with muscle injuries. Poor old Ray Parlour only last four minutes.

All in all, it was a very enjoyable afternoon and quite unusual to experience such a jovial atmosphere at the Emirates. As a result, the Arsenal Foundation will donate £1m to build football pitches for children in London, Jordan and Somalia. That’s pretty impressive.

Elsewhere, it looks as though Mesut Ozil is eyeing Jack’s vacant number 10 shirt. He’s registered as our 11 for the season, so for all his lusting he won’t be getting the digits anytime soon.

Olivier Giroud has also revealed he tried to persuade Arsenal fan Mousa Sissoko to move to the Emirates in the transfer window. The midfielder, linked with us in the past, moved to Sp*rs in a tremendously overpriced move the other day.

The biggest news of the day is the return of the eponymous Arsenal Gent. Make sure you check out his review of the summer. As always, it’s top notch.

Right, that’s your lot. I need some sleep…see you on the other side. Blogs will be back tomorrow.