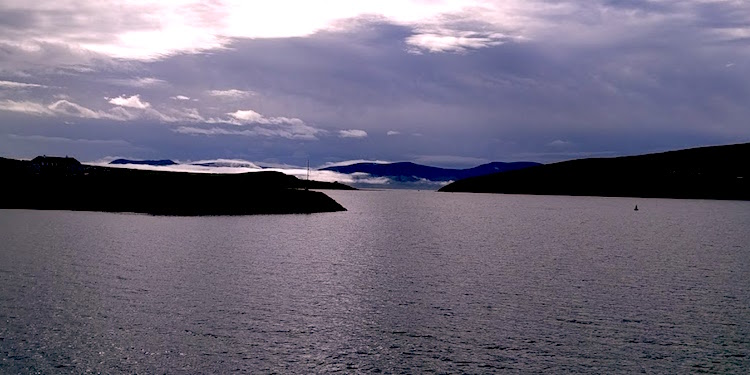 Good morning. I am back in Dublin after a very pleasant weekend in Kerry. It is so lovely down there but they don’t have our dog poo on the streets, graffiti on the walls, and stark concrete everywhere. There are only so many spectacular mist-covered mountains looking over beautiful valleys and Atlantic sea views a man can take. That’s a lie, there aren’t.

Not to mention the fact that the best Guinness in the world can be found in Dingle. I don’t know what it is exactly but it’s about 20% more delicious down there than it is anywhere else. Even the best pint in the most famous Dublin pub isn’t as good. I might have had a few over the course of the weekend. Thanks to Andrew for filling in yesterday, his train exploits were a delight to read.

It is the Interlull, of course, and there’s not much going on apart from us hoping all our players stay fit. I didn’t see any football at all over the weekend, but the Sam Allardyce era of England got underway yesterday with a 1-0 win over Slovakia. An Adam Lallana goal in injury time took three points after what was – judging by the way people were talking on Twitter – a pretty dour performance.

I did enjoy this quote from Allardyce after the game though. Speaking about former striker Wayne Rooney playing deep in the midfield, he said:

It’s not for me to say where he’s going to play.

Erm, isn’t exactly for you to do that? Aren’t you literally the only people who can do it, because of your job description and that? You’re the manager, the man tasked with telling the players where to play. You make that decision and then you tell them what it is and then they do what you say. That’s a very surprising lack of authority from Allardyce there, when he could easily have said ‘You know, you’re really not doing it as a forward anymore and you’re not actually a midfielder so take a seat, tubs.’

Imagine when he picks a team without Rooney in it. Rooney will just turn up and play. ‘It’s not for me to say that he cant play,’ the Walrus will cry, knowing he’s made this terrible bed and now he has to lie in it. Bed bugs, crusty bits under the duvet, weird stains on the sheets and all.

Meanwhile, there are some bits doing the rounds from sources I’d rather not link to about Jack Wilshere being told by Arsene Wenger that he’s playing for his Arsenal future at Bournemouth this season. The pair reportedly had a phone conversation before his loan during which the manager told Wilshere this before agreeing to let him go on loan.

It does feel a bit make or break for him, but then is it any different than if he’d stayed at Arsenal? Wouldn’t he have been playing for his future with us? After so much time out injured and falling down the pecking order, his job would have been to stay fit and then perform to such a level that he gave Wenger something to really think about when picking his team? It’s why I was a little surprised by his decision to go elsewhere rather than stay close to home and really put in the effort to convince his manager.

Question marks about his future are understandable, and if he’d failed to make any kind of breakthrough this season then what happens next would have been very much up for debate. I just think his talent is such that he might have been better off trying to work his way back from the inside, rather than from a distance like at Bournemouth, but I guess we’ll just have to see how it works out.

You could also say Alex Oxlade-Chamberlain is in a similar position in terms of his career. Injuries have stunted his development, and Wenger is keen to give him chances, but if he has another season like he did last time out, the doubts that exist over him will increase. He has the benefit of being close to home though, so the manager can see the application etc in training, and if that results in better performances, it might be easier to convince him.

Meanwhile, Jamie Vardy has been talking about his decision to turn down Arsenal:

In my professional life, it was the hardest decision I’ve ever had to make, but I haven’t been a professional for that long. It was hard, but it was actually an easy decision to make.

I’m now gutted that such a towering intellect is not part of our dressing room. Think of the contribution he could have made to the discourse.

‘Jamie, do you want some cake?’

‘Yes, I don’t want cake but actually no I do because I like cake but I’m allergic to cake but cake is delicious except I can’t eat it except for when I’m eating cake although it’s not cake at all it’s a biscuit.’

Right, that’s just about that, but James and I will be here with you later this morning to fill your Interlull ears with an Arsecast Extra. If you have questions or topics for discussion, please send them to @gunnerblog and @arseblog on Twitter with the hashtag #arsecastextra.

We’ll have that for you before lunchtime. Until then, have a good one.