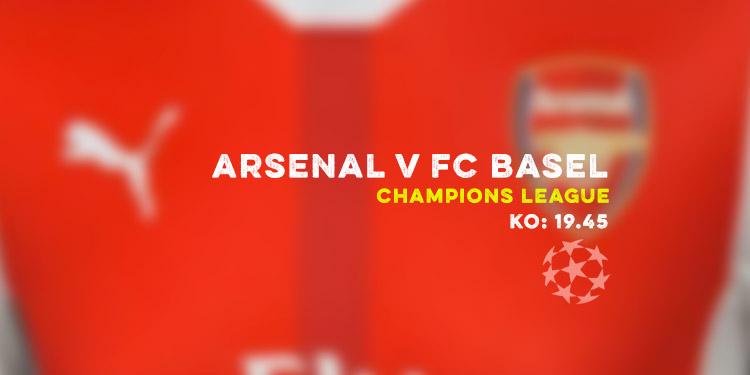 Good morning. I am back from New York in one piece. Granted, it’s a bourbon soaked, quite tired-indeed piece, but one piece all the same. Just gotta say thanks again to Kurtis and all the Arsenal NYC crew for making it happen; Brian and his brilliant staff at the Barleycorn for making us so welcome; and of course all the people who came to see the podcast recording. It was fantastic fun, and we should definitely do it again.

I know we have Champions League to talk about today, and I will get to that, but in my fog of overnight travel and jetlag, the whole Sam Allardyce thing has been very strange. Obviously he’s gone as manager of England, and now the Telegraph are reporting that they have evidence of 8 other Premier League managers taking bungs.

I don’t think anyone can really be surprised that in an industry which deals in absurd amounts of money, people get greedy. It’s hardly as if FIFA and UEFA are outliers, and that their inherent corruption stopped and started with those who have already been exposed and punished for it. It’s at the core of the game, in England and everywhere else, I’m sure.

No doubt Arsene Wenger’s name will be mentioned as a possible candidate for England, but as I’ve said here before I don’t really understand why anyone would want that particular job. It’s the ultimate poisoned chalice, and must up there with the worst jobs in football like John Terry’s toenail shearer and Harry Kane’s window cleaner (‘so many lick marks’).

I guess now we wait and see how long it will take them to drip-drip the latest revelations about the other managers, and ultimately if it makes any difference to anything in a significant way. It could end just being newspaper fodder for a while until the next thing to ‘outrage’ us comes along.

Tonight we have Champions League action as we take on FC Basel at the Emirates. Having started with a decent result – if not performance at PSG – this game represents a chance to get our first European win of the season. Without taking anything for granted, because we’ve seen how so-called smaller teams have surprised us in the past, this is the kind of game we really should be winning to help us top the group, something Arsene Wenger is aware of:

In recent years we came always out of the group stage. Last year, let’s say it was difficult because we made it difficult for ourselves and we have learned as well that in the group stage it’s not only important to qualify but, if possibly, qualify as top of the group. It gives you many more chances after to go through.

After beating Chelsea so well last weekend (hahaha Costa), it’s important that we carry those same levels of performance and commitment into tonight. No thinking ‘It’s only Basel’ because it’s that kind of mindset that has done us such damage previously. Whether the manager’s team choices are in any way affected by that remains to be seen.

Obviously a midfield change is required with the injury to Francis Coquelin and you’d imagine Granit Xhaka will be the man to fill that particular role. The presence of his older brother on the Basel team will add a little extra spice to proceedings, but it’s still very much a sideshow rather than the main event. Mohamed Elneny might also fancy a run-out against his former club.

Olivier Giroud is suspended after his red card in Paris so Alexis should start up front again, although if you did want to bring in Lucas and give the Chilean a bit of a rest before an away trip on Sunday you could make a reasonable case for that. I suspect though, after seeing how well things clicked against Chelsea, his inclination will be stick more than twist, and you can understand why that would be.

All in all, it’s a good chance for us to take three points, provided we don’t insist on making it difficult. If winning on Saturday was a confidence boost and one that built trust in the team, going about this the right way would provide a similar fillip. Fingers crossed.

Elsewhere, Bild are reporting that Mesut Ozil is about to sign a new long-term deal with the club, and also wants the number 10 shirt. Leaving aside what that might mean for Jack Wilshere, making sure we hang onto the German is absolutely crucial for this team. He’s in his peak years, he’s our record signing and, frankly, a brilliant footballer.

Showing we can keep our best players is important for the obvious reason – what he does on the pitch – but also the perception of the club. Let’s hope this story is on the money, and then we’ll wait and see if it makes any difference to what Alexis is thinking. I’d be less confident that he’s going to put pen to paper, but maybe seeing Ozil commit and his relatively new role as the attacking focus of the team might be enough. Along with the huge wage increase, of course!

Finally for now, some odd comments from Theo Walcott about his mindset and attitude. He’s had a good start to the season and I think the difference in his on-pitch commitment is really obvious, at the same time he’s 27 years old and been playing for us for 10 years. You’d have thought it might have occurred to him before now. Anyway, as long as he keeps it up for the duration of the season, and the rest of his time at the club, I suppose it’s a step-forward, and if he keeps contributing well, then I’m all for it.

Right, we will have live blog coverage of the game for you later, and all the latest on Ozil, and the match stuff over on Arseblog News throughout the day.

Hello Mr W. Anker, you are an extreme W. Anker