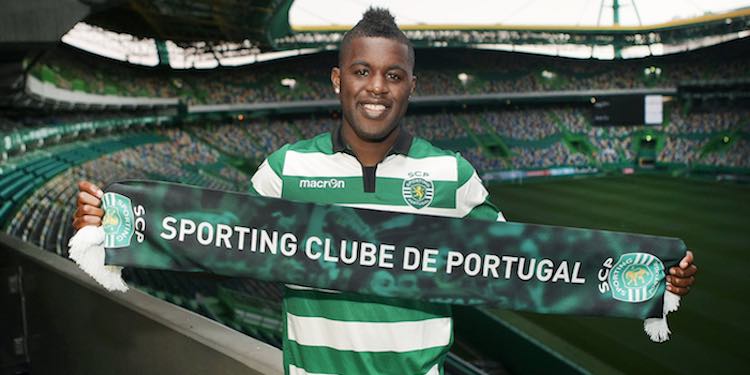 Morning all, welcome to a brand new week, and let’s begin with some actual transfer news. A transfer that actually happened. Ok, it’s not one that has pleased a lot of people, but it’s still real: Joel Campbell has gone on loan to Sporting Lisbon for the season.

In many ways it’s not a surprise. Despite his best efforts last season, it always felt like Arsene Wenger was never fully convinced by him. He remained expendable when he wanted to use options he had more faith in (rightly or wrongly). Campbell would play well and get dropped for Alex Oxlade-Chamberlain to play worse and be less effective. He’d put in a good display and and find himself sidelined for somebody else, and by the end of the season, as Alex Iwobi emerged on the left and Alexis Sanchez shifted right, he became very much a bit part player.

The reaction to his departure is interesting though. I’ve seen a lot of anger and upset about it, and people suggesting the manager has made a mistake. Now, I think Campbell is a pretty decent player who got some goals and showed some flashes of creativity when he played for us, but I don’t think he was the kind of guy who was going to inspire a team to the title or anything.

However, what endeared him to many was the fact that he was so hard-working, so determined to take his chances when they came, and he was never found shirking when it came to his responsibilities in the team. If he lost the ball he’d chase back to try and win it, he was defensively aware, and despite the fact he was treated a bit unfairly he never mouthed off. He just kept his head down and showed the same attitude the next time he was picked.

There’s a lot to admire about that, not least because it was at odds with some of the other players who had underperformed and yet were still indulged by Arsene Wenger to a much greater extent. Even if the manager saw them as players with greater potential to make an impact, Campbell’s actual end product and positive attitude seemed to be ignored at times.

At a time when the team itself was playing poorly, and struggling to find any kind of consistency, Campbell’s hard work stood out. Other players let games pass them by, others were given a chance ahead of him and contributed far less, and yet it’s the Costa Rican who has to had to make way. I suppose it’s an uphill battle when no matter what you do it’s never enough for the man who picks the team, so for his sake a loan is a good move and I hope it goes well for him over there.

In terms of what it might mean for the squad, Wenger did suggest that in order for new players to arrive, some would have to go, so on the surface this might seem like good news as we await transfers. My guess, and it is just a guess, is that Cambell’s departure is designed to make room for Serge Gnabry in the squad. The 21 year German, who returns from the Olympics with a silver medal and as joint top scorer with 6 goals, is a player in whom Wenger has a lot of belief.

Last week he spoke about how he wanted to keep him and extend his contract, but realistically the only way he can do that is to give him some playing time. When he first broke through he looked an extremely exciting prospect but his career hit something of a road block with a serious knee injury and an ill-thought loan to West Brom – something the club have to take some responsibility for as well.

He can play from the left or from the right, and he showed at the Olympics that he’s a genuine goal threat (even bearing in mind the opposition). So for me the most likely scenario is that Gnabry will find himself in the squad a bit more and given chances, rather than this being the catalyst for the arrival of a wide forward. So I guess we’d best hope that he can take these opportunities as and when they come.

Meanwhile, reports this morning suggest that Valencia are now unwilling to sell Shkodran Mustafi so for Arsenal to buy him they’d have to pay the £50m buy-out clause that’s in his contract. I have no idea how much truth there is to that, but if we were haggling over €25 I think we all know there’s no chance of us paying over double that for him, so let’s hope we’ve got some other ideas between now and the end of the transfer window. It could just as easily be more posturing to force us to make a decision, and for that you couldn’t blame them one bit.

Meanwhile, the manager has hailed Laurent Koscielny after the defender came in to add some real solidity to the centre-half position, and there’s no doubt he was crucial in achieving a clean sheet against Leicester on Saturday. He said:

We look a different team straight away and he gave us stability against a team that attacks very well. I think he was very important. In fairness he had a big back problem yesterday when he came out of the training.

We came with 19 players and this morning we decided that he could play and I think it saved us this point.

So not only was this his first game back – remembering Ozil and Giroud were used sparingly – he played like that with a back problem. As much as some people look back and insist he should have played against Liverpool, I think leaving him out was the right decision. Koscielny himself admitted after the game that he wasn’t fit enough to play last weekend, and when you look at some of the players who were pressed back into action quickly and have fallen by the wayside  (Sagna, Lloris, Payet etc), then the caution exercised was correct.

The issue was always more that we didn’t react quickly enough to Per Mertesacker’s injury, and that we still haven’t done anything about it – especially now that Gabriel is gone too – remains a frustration. Let’s hope this ‘big back problem’ is something we can manage, and having a squad deep enough to cope will be part of that.

Right, that’s that for this morning. James and I will be here later with an Arsecast Extra. As ever if you have questions of topics for discussion, please send to @gunnerblog and @arseblog with the hashtag #arsecastextra. We’ll also have some cool news for listeners in the USA. That’ll be ready for you before lunchtime.