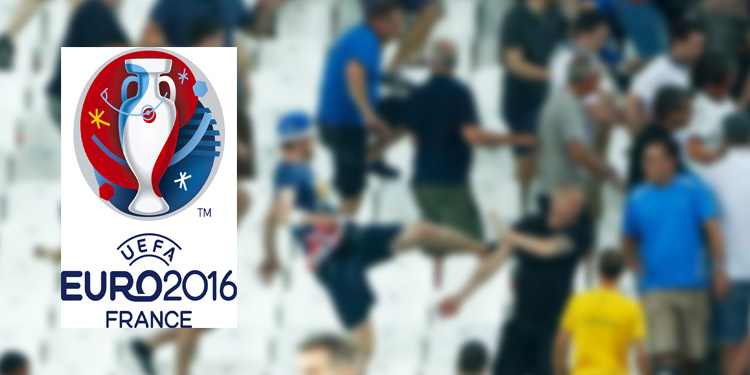 Good morning.  A quick one for you but yesterday was a good day for me in terms of my betting. After wining on Olivier Giroud on Friday night, I put €10 on a treble of Switzerland, Wales and England. I stood to win €147 if it came through.

I didn’t see very much of the Switzerland game so I can’t really talk too much about Granit Xhaka. One person did send me a Tweet at half-time saying the Arsenal man had been poor and that his purchase was clearly another Wenger dud. That’s right, 45 minutes of him NOT playing for Arsenal is enough to decide that he’s not good enough to play for Arsenal.

Anyway, if you want to see him in action there is the YouTube compilation of his performance, but I got back to the house at 1-0 Switzerland with about 10 minutes to go. Just in time to see some Albanian chap go clean through on goal, but the Swiss keeper made an outstanding save to deny him. One up.

Next, Wales and Aaron Ramsey and Gareth Bale put them ahead early, but then Slovakia got one back in the second half. I was humming and hawing about what to do when Ramsey sort of set up a chance for Robson-Kanu and his thunderbolt gave Wales the win. Brilliant stuff for them, and that made it two up. It’s all on England now to complete my treble.

I thought England were pretty good in the first half and should have scored against a fairly poor Russian side. In the second half though, Russia were better and England dropped off. I watched it in awe of the fact that somebody paid £50m for Raheem Sterling and that Danny Rose is a professional footballer.

Then Eric Dier hit a decent free kick (but keeper, what are you doing?) to put England ahead in the 73rd minute. At that point I thought it was well and truly on, but given that I was being offered a cash out of just €15 less than the full amount, I erred on side of the caution and did that. I’ve seen this movie before and lo and behold, in injury time some fella out-jumped Rose and looped a header over Joe Hart to make it 1-1.

The lesson there is that when there are a proliferation of Sp*rs players in a team, the chances of them doing something really Sp*rsy are quite high indeed. Also, why was Harry Kane taking corners? Maybe I’m a tactical dinosaur, but it strikes me that having your best centre-forward taking set-pieces that you would like your best centre-forward to be on the end of is a bit daft.

It is a game that England should have won though. Russia were so poor in that first half, and while some will say it’s unlucky to concede that late into injury time, the reality is that it’s only the timing of the equaliser that allows people make that excuse. If you fail to take your chances, and don’t dominate against opponents you really should, you leave yourself wide open to the sucker punch, as we well know from being Arsenal fans.

Today’s treble is on Croatia, Poland and Germany. Odds not great, but hey.

Aside from the football though, the violence and trouble that has punctuated the tournament is appalling to see. It’s one of those things that’s not necessarily black and white, but a combination of Russian fans, England fans, local hoodlums and a police/security system that seems unable to control what’s going on has contributed to what was already a powder keg situation.

There were also reports of fights between Northern Irish and Polish fans ahead of their game today. Update: Some folks on Twitter saying it was both sets of fans being set upon by local ‘ultras’.

Overall though, it’s a throwback to the worst days, when this sort of thing was a regular occurrence. In recent years we’ve had excellent tournaments without any of this abject nonsense – grown men fighting each other for no good reason.

Somebody posted a picture last night on Twitter of man clutching his young son to him inside the stadium as violence erupted all around him. What kind of experience is that for a kid to have in the formative stages of his life and his interest in football? If he never wanted to go to another game in his life, who would blame him?

There was video posted before the game of a man holding his hands up in peace/surrender as it kicked off around him, then being punched unconscious by some mindless thug. Glasses and bottles, thrown around like weapons. People hitting each other over the head with chairs.

It’s utterly shameful. I appreciate it’s difficult to see exactly who is to blame. If a crowd of 500 gets attacked by a smaller group, most of those 500 are going to try and get the hell out of there, making it look a lot worse than it is. But why on earth was there no police presence in the stadium last night to prevent Russian fans swarming into the England fans?

The idea of people trying to climb fences to get away is frightening, echoes of tragedies past, and if it continues someone is going to die. At a football tournament, think about that. The Guardian report that two England fans are in a serious condition, one from a heart attack and the other because he was kicked repeatedly in the head. What the hell is wrong with people? And when it comes right down to it, no amount of brilliant football is worth this kind of trade off.

You can’t help think though that something close to a zero tolerance approach to it all is the only answer. Bans and expulsions for teams whose fans behave in this way will either serve as a deterrent, or at the very least rid the tournament of the elements that cause this trouble. Of course it also punishes the majority who simply want to follow and support their team the right way, hence how complicated it all is.

It has to be dealt with though. By UEFA, the various FAs, by the French authorities, because whatever happens on the pitch is being overshadowed by the events off it, and it’s an embarrassment to the game we all love. Let’s hope today is good day for football and there’s no more of this stuff.

And if and when we have those quiet days we’ll have pieces praising fans for ‘behaving impeccably’ as if that’s something they shouldn’t be doing anyway. Sad.