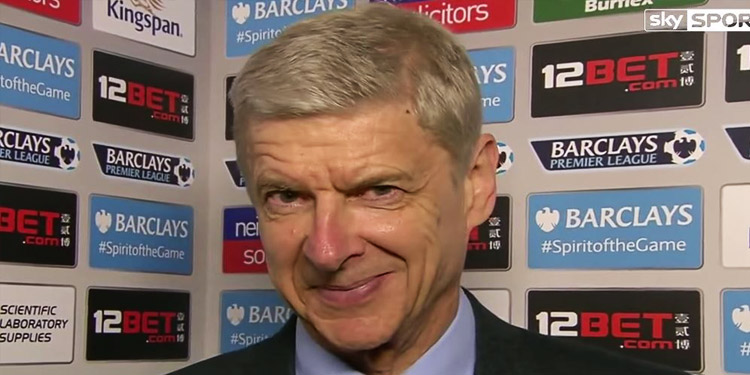 Morning all. Following on from yesterday’s shock news about our interest in Jamie Vardy, it’s clear that this is very much a real thing and at this point it would be a huge surprise if it didn’t happen.

From what I’m told discussions between the clubs have been going on for a couple of weeks now, and on that level everything is agreed. It might have even happened before now but for the usual humming and hawing that goes on when we make transfers. Claudio Ranieri confirmed our interest also.

I am assuming that personal terms have already been discussed and agreed with the player. Usually that’s something that happens before, or in tandem with, talks with the selling club. It’s easy to find out if a player is disposed to join you and if, ‘hypothetically’, this wage and these terms were on offer if that would be acceptable etc etc.

Various outlets report that the deal could be done inside the next 24 hours, or by Monday, allowing Vardy then to concentrate on the European Championships. All that’s left is a medical and the formalities after which Jamie Vardy will be an Arsenal player.

It’s an odd one because on one level it seems like it’s just so not an Arsenal transfer. A big money move for a 29 year old who has only really enjoyed one good season at Premier League level. On another level though, it’s typically Arsenal because it’s complicated and divisive. I’ve had emails from people who are uneasy at his character and in particular the racism incident, but just as many emails from people who simply don’t care and are prepared to see the positives in this one.  Or, at least, wait and see how it works out on the pitch.

Reservations about how the style of play under which he thrived at Leicester won’t be replicated at Arsenal are certainly understandable. We’re not usually a team that sits off and has less of the ball, before hitting on the counter. However, there’s no question that we had plenty of chances to counter-attack last season but lacked the players to do that properly.

It’s why Alex Iwobi’s goal at Everton last season was so exciting. It wasn’t terribly complicated, we won the ball back in our own half, sent a ball over the top to a player with pace and he took it on and did the rest. I wonder if the addition of a player like Granit Xhaka, who looks to be able to distribute the ball from deep, is part of the plan to be able to counter more effectively.

That’s not to say we’re going to become a team that sits off and defends in every game, that’s just not the way Wenger plays and it’s far too big a change in style. But when we do defend being able to transition quickly into threatening attacking positions, rather than ponderously lose it in midfield or allow the opposition to snuff us out, would be another string to our bow.

Can Vardy make the difference in games when we’re facing a packed defence? That’s a reasonable question, but he’s fast, strong, aggressive and if he can add some of that to our forward line with some deft movement, then with the creative players we have behind him, he could get plenty of chances. It’s how efficiently he can finish them that’s the thing.

So, there are parts of me that has reservations, for all the reasons I spoke about yesterday, but I can also kinda see what he’s trying to do here. It was interesting that at one point last season Wenger spoke about the hunger of Leicester’s players, and how that was playing a part in the season they were having. Everyone knows Vardy’s story now, how he’s risen through the lower leagues to become a title winner and an England international, and at his age to have the chance to join an historic ‘big club’ like Arsenal and play in the Champions League is basically the final step there.

He’s basically the antithesis of those players who have been in something of a comfort zone their entire careers. And those players have tended to disappoint. Getting the best of everything from an early age means there’s something missing, a lack of edge or genuine hunger to achieve and you can’t talk that into somebody if it isn’t there.

Maybe too there’s something deliberate about the players we’re targetting thus far. Xhaka is a strong personality, sent off three times last season, while Vardy, as we know, is certainly spiky on the pitch. Obviously you don’t want players to miss games but at the same time trying to do away with some of our inherent niceness may not be a bad thing. Maybe we can diplomatically call it ‘competitive edge’, and I don’t think it’s any coincidence that the signing we have made, and the one we’re about to, are players who have some of that.

Anyway, whatever else you want to say about it, there’s something to the way we’re operating this summer that is pleasing. The inertia and indecision of the last off-season is nowhere to be seen, and there’s plenty more going on too – with definite interest in in the Wolfsburg left-back, at least one other defender I believe, plus a wide attacker.

Same old Arsenal? Er … maybe not. Elsewhere, Olivier Giroud bagged a couple for France, and then pretty much confirmed the Vardy stuff.

Have a good Sunday folks. James and I will be here with an Arsecast Extra for you tomorrow. Until then.