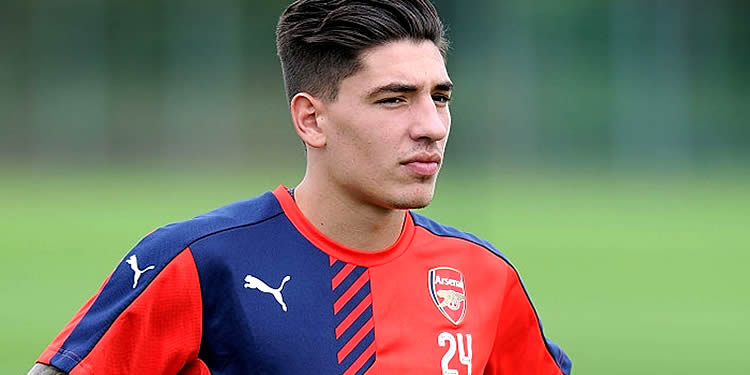 Morning all. I didn’t see much of the football yesterday apart from the first half of the first game, when Luca Modric’s goal for Croatia gave them a win over Turkey. Really nice hit, but again keeper should do better.

After that Wojciech Szczesny kept a clean sheet as Poland beat Northern Ireland, and Mesut Ozil got an assist in Germany’s 2-0 win over Ukraine. Decent pass, you have to say.

Today there’s Arsenal interest when Spain play the Czech Republic. Hector Bellerin could play in that one, and Petr Cech and Tomas Rosicky are likely to be involved too. Bellerin has marked his (ex) Arsenal teammate as the danger man, saying:

Tomas is one of the most intelligent players around, but because of his injuries people underestimate him. Rosicky orchestrates the midfield and he’s a great player who’s quick on the ball and really clever, so we know we have to be very wary of him.

Should be a good game that one. Then later on Ireland play Sweden. I’m hoping for a good game of football but also that Roy Keane and Zlatan Ibrahimovic somehow career down a destructive path and end up wrestling like Grecians on the pitch. We’ve had some strange behaviour already this tournament, with the German manager fiddling with his goolies in plain sight, so a situation where Keane and Zlatan start furiously grappling with each other isn’t too much of a stretch.

We’re due a game that’s filled with goals too. A classic 4-3 or something would be nice. Then the final game of the day sees Belgium face Italy. No real Arsenal interest in that one unless you want to keep an eye on Romelu Lukaku in the hope that we might be buying him this summer, but I don’t think we are so that’s a bit of a stretch. Thomas Vermaelen, ex of this parish, is also involved but that’s about as far as it goes.

To make it a bit more interesting, let’s have a little pool about when Marouane Fellaini elbows somebody for the first time. I’m going for the 24th minute.  Yesterday’s treble came in, so today I’m going for a Spain win, Ireland and Sweden to draw, and Italy and Belgium to draw.

Across the Atlantic Alexis Sanchez continues in the Copa America after Chile beat Bolivia 2-1, but Joel Campbell is heading home despite a win for Costa Rica. Their previous results meant their final game was a dead rubber, and the Arsenal man can now begin his holidays. I do wonder if he’s going to move on this summer. Despite being better than people expected last season, he remained fairly expendable in the eyes of Arsene Wenger.

When the manager wanted to give Alex Oxlade-Chamberlain more chances, even though his form was pretty much in the toilet, it was Campbell who made way. Similarly, later in the season when Alex Iwobi broke through, Campbell found himself benched. People spoke about how Iwobi was keeping Theo Walcott out of the side, which was true to an extent, but I thought Joel was far more unfortunate to be left sidelined.

If you were him, you’d probably be smart enough to realise that even playing well and contributing to the team isn’t enough to convince your manager, and that in order to play regularly you might have to leave. He did well enough last season that he’s sure to have offers if he so desires, and my gut feeling is that Wenger would be prepared to let him go.

I’d be quite happy for him to stay though. When we speak about having depth to a squad, Campbell would certainly provide that. He’s at a good age, he’s developed pretty well, and he’s a hard-working, committed player when he’s given a chance. I guess we’ll see over the course of the summer. Perhaps it depends on what we’ve got planned in terms of arrivals in the wide areas, and who else we might be prepared to let go.

Right, not a lot else happening this morning, but James and I will be here with an Arsecast Extra for you later on. If you have any questions or topics for discussion, please send them to @gunnerblog and @arseblog on Twitter with the hashtag #arsecastextra.

We’ll have that for you before lunch. Until then, take it easy.