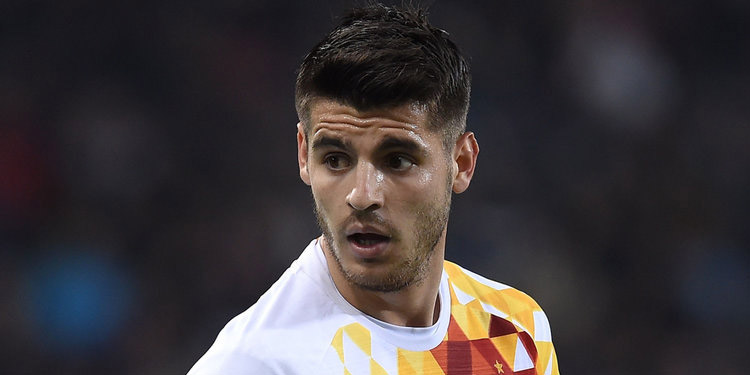 Due to work and actually playing football I saw very little of what went on at the Euros yesterday. Germany beat Northern Ireland 1-0, topping their group, but Norn Iron still qualify for the knock-out stages as one of the best third-place teams.

Mesut Ozil was apparently in sparkling form for Germany who should have scored more than they did, but they were either wasteful or the keeper was in good form. Anyway, Germany’s qualification was expected, it’s a brilliant achievement for Northern Ireland meaning they join Wales and England in the first knock-out round. In the other game in that group Wojciech Szczesny was not fit enough to return to the Poland side who finished second after a 1-0 win over Ukraine.

Later, in Group D, Croatia beat Spain to finish top, meaning that it’s going to be Spain v Italy next Monday. Having thrown away a lead late in the game against the Czech Republic last week, this time Croatia struck late to win. The goal came from Ivan Perisic, finishing off a break from deep, but you have to ask questions of the keeper being beaten at his near post.

Questions such as: Why were you beaten at your near post? What the hell are you doing there, de Gea? Is Manuel Almunia your dad? And so on.

Turkey’s 2-0 win over the Czechs means that Petr Cech can now go on his holidays, as they finished bottom of the group. A disappointing tournament for them overall, and likely the last time Tomas Rosicky will play at a major event. Let’s hope Cech gets some rest, and comes back sharp and ready for the new season.

Today, in the early kick-offs, we’ve got Hungary v Portugal and the mighty Iceland taking on Austria. Apologies to any of my Austrian readers, but I really want Iceland to win this one. Later tonight it’s Sweden v Belgium – and apparently Zlatan Ibrahomovic says he’s going to call it a day on the international scene after Euro 2016. To be fair, you have to give him huge credit for seeing what retirement is like by doing absolutely nothing in the first two games of this tournament.

Then it’s Ireland v Italy. Ireland have to win, a task which might be made somewhat easier by the fact Italy are probably going to rest a load of players for this game. Unfortunately, Ireland can’t do the same so will have to rely on the same chaps who struggled so badly against Belgium, or players who weren’t considered good enough to play against them in the first place.

Thankfully, UEFA have left a place open in the knock-out stages for the fans who are the best craic, so we’re assured of qualification on that basis. Seriously though, I can’t see Ireland doing it. Perhaps a classic smash and grab, scoring and hanging on for dear life, but if it comes down to playing actual football I think we’re going to find it difficult again.

Hopefully this will come back to bite me and there’s an accomplished, polished performance tonight but I’m not counting any chickens. Or Guinea fowl. Or Citron-Crested Cockatoos. Martin O’Neill is set to make changes tonight, but it’s whether or not the players who are coming in can make any real difference that’s the big question. We shall see later on.

In terms of a bet, I’m letting head rule heart, so a foursome of Portugal, Austria, Belgium and Italy is what I’m going for. But I have to do a bit of heart so I’ve put a fiver on that, and the other fiver on wins for Hungary and Iceland, and two draws in the late games.

In the Copa America, Lionel Messi did this to the USA. Oooof. What a free kick that was. Argentina ran out 4-0 winners and tonight they’ll find out who they face in the final when Chile meet Colombia – the great Ospina v Alexis showdown. Which of the two Arsenal men will come out on top? Find out in the very small hours of this morning. Or go to bed tonight and check Twitter when you wake up.

Speaking of Ospina, there’s interest in him from Besiktas, but they’re reportedly being put off by the high price Arsenal are asking. Their President said:

Arsenal want a lot for him so we may have to look for alternatives. I do want Ospina and we are going to get a foreign keeper.

Having played so well at the Copa America, there are likely to be plenty of options for him should he decide to leave. And with two years left on his contract, there’s no need for Arsenal to let him go on the cheap, so it’ll be interesting to see what happens. It’s clear Arsene Wenger likes Ospina a lot, so it’d take a real bid from someone to see him depart.

And from Spain come reports that Real Madrid will exercise their buy-back clause on Arsenal target Alvaro Morata. It’s long been suggested that they’d do that this summer before selling him on at profit to one of the interested clubs. We are reportedly one of those clubs, so it looks as if the first step in that process is being made – whether or not we decide to take it any further remains to be seen.

He is the joint top scorer at the Euros so far, so his stock is high, and there are bound to be other clubs interested too. Let’s see where it goes.

Right, more from me tomorrow. Have a good one.