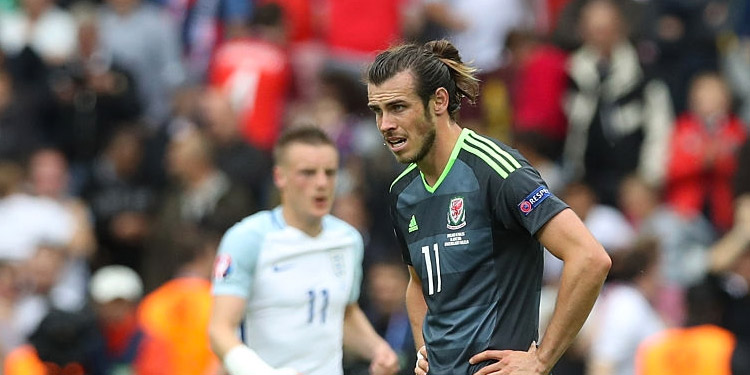 I realise that as I write every day about an English football team, many of my readers are English people from England. As such, many of you will have been delighted with Daniel Sturridge’s late goal to beat Wales of Walesland 2-1 yesterday. How many times have I extolled the virtues of a late goal to win a game?

And coming after Gareth Bale’s comments about England lacked PASSION – for it is PASSION that wins games, let us not forget – it must have felt particularly sweet. I suspect many of you even overlooked Sturridge’s dancing celebration, a move that if I were ever President of Life would see him excommunicated and banished to a far distant galaxy where he could dance to his heart’s content. But maybe that’s just me, and I am pleased that you are pleased, because this world grows ever more unpleasant by the week and it’s better when people are happy.

I’ll admit the goal didn’t bother me unduly at the time but as the day went on and the other matches took place, it began to irritate me. As per yesterday’s blog my treble of an England v Wales draw, a Northern Ireland win, and a Germany v Poland draw had odds of around 100/1 – and my €10 would have netted me in the region of €1100.

Lo and behold, the other Ireland with the rubbish Tayto (I have opened a diplomatic, almost political, can of worms right here, folks) had a brilliant win over Ukraine. They went 1-0 up early in the second half with a header from Gareth McAuley. The ball in was great, the header into the top corner was fantastic – a wonderfully clinical set-piece. After a stoppage for hail (seriously), they continued to play really well and sealed the game in injury time through Niall McGinn, sparking raucous and well deserved celebrations (check out Iain Dowie on ITV co-commentary).

As España 82 was one of my formative football experiences, lived through the prism of that Gerry Armstrong goal and the brilliant win Northern Ireland had over the hosts, I was delighted to see them win yesterday too. I had a feeling they’d do it, hence my bet, and it was at that moment that I began to think ungenerous thoughts of Daniel Sturridge.

I only watched a bit of Germany v Poland (because the last two episodes of Gomorrah were taped and OH BOY if you’re not watching that show you really should be). By all accounts it was pretty dull stuff and it ended up being the first 0-0 of the tournament. Which, had Sturridge not scored late on, would have been a most excellent result for me. I suppose losing it early in the day, rather than with the last kick of the last game, for example, makes it easier to deal with, but still. So, while I’m still happy enough that my English readers are happy, I want to give Sturridge a wedgie – especially as all he’d done after he came on was take pot-shots from distance that went over the bar.

Overall, it wasn’t great from England but you have to give Roy Hodgson credit for making changes at half-time. That said, you can still question the wisdom of choosing Raheem Sterling and that team in the first place. And maybe it’s just me, but when he brought on Vardy and Sturridge, and then Marcus Rashford for Lallana, I thought it a bit odd to have all those forwards on the pitch without anyone in midfield to create for them.

Rooney is tidy, and Dier sits well enough, but beyond that it was functional at best. I know Dele Alli is hot property at the moment and thus escapes some of the criticism levelled at others, but what did he do other than try and be as snide as possible and push Aaron Ramsey (who was really good for Wales) off the pitch? He was poor against Russia too, but his status as a golden boy protects him somewhat.

Maybe it’s my Arsenal hat on but I think Jack Wilshere could have added something to that team yesterday, particularly as Wales sat deeper and deeper, but hey, they got the win and that’s the main thing. And doing so with two galloping eejits in the full back positions makes it even more impressive. It makes that group very interesting now with Wales to face Russia and England taking on Slovakia in the final round of games.

Today, I’m going with an Italy win over Sweden, a draw between Croatia and the Czech Republic and Spain to beat Turkey. Not great odds, certainly not as great as yesterday Sturridge you poxy-dancing bollix, but it’ll have to do.

Not a lot else going on really, certainly nothing from an Arsenal point of view, but for some extra reading check out Tim Stillman’s column about international football.

Right, I’ll be here tomorrow, until then have a good one.