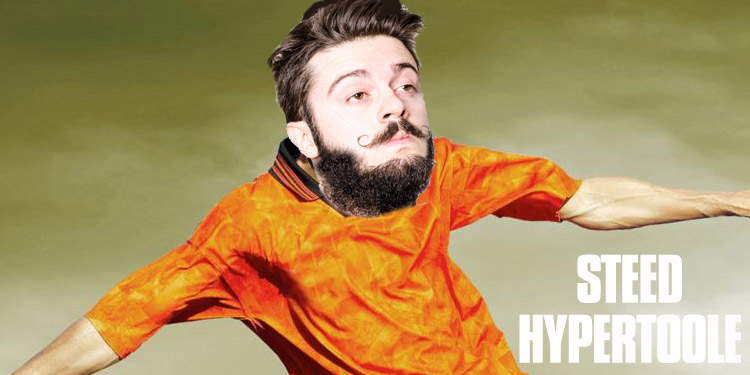 Morning, welcome to a brand new week, hope you had a good weekend.

Well, after the Jamie Vardy stuff yesterday coming yesterday from the horse’s mouth, so to speak … well, that’s if you consider Arsene Wenger a horse … I wouldn’t really, I have to say. If I had to liken the Arsenal manager to a four-legged creature of some kind I would say he was more like a young giraffe, or perhaps a stubborn old mountain goat. I don’t know why, I just don’t get much in the way of horse from him.

Anyway, the horse’s mouth is merely a saying anyway, I don’t know why we’re focus on which genus of four-legged creature he would be if he were one. The point is Arsene Wenger said, “From what I know he [Vardy] will stay at Leicester.”

And if that’s not good enough for you, we then had this yesterday from the BBC’s David Ornstein:

‘Pursuing other options’, the three sweetest words you can hear when a transfer is on the verge of breaking down. Far preferable to ‘Content with squad’, or ‘Believes in Walcott’, or ‘Aiming for stability’, or ‘Bringing back Chamakh’.

Quite who those other options are remains to be seen. We know the names. Alvaro Morata, Romelu Lukaku, Gonzola Higuain, Vincent Janssen, Michy Batshuayi, Mauro Icardi, Steed Hypertool, or perhaps somebody whose name we’ve never heard before. Can Arsene Wenger unearth another Eduardo da Silva? This time hoping that nobody comes along and kicks his leg in half just as he’s getting his groove on.

Speaking of Eduardo, by the way, this is astonishing reading over on Reddit about Zdravko Mamic and why Croatian football fans are so unhappy. The first set of comments about Eduardo’s contracts are incredible. Some follow up reading here too. Football is a dirty world sometimes.

Anyway, back to our need for a striking striker who can strike like Strikey O’Toole. I don’t know how many of those names are on our list. I don’t know which of them we’d genuinely be interested in. But what we do know is that the fact we went for Vardy and went for him so early means that we’re definitely in the market for that player, whoever it might turn out to be in the end.

The question now is how does this affect our planning. Obviously I can’t speak to the minds of anyone else, but I suspect once we’d met Leicester’s release clause there was little consideration given to the idea that Vardy might reject a move and stay there – which is what appears to be happening. You can make up your own minds whether that says something about Arsenal, or whether it says something about Jamie Vardy, but whatever side of that fence you’re on, I think they thought they could get this one done and dusted quite quickly, leaving them time to do whatever else needed to be done this summer.

Unless Vardy does decide to go for it, and again I’m still not 100% convinced he won’t, we’ve got to regroup and go down a different path. I don’t think the Euros are much of a help because there isn’t anyone there that’s really standing out, so we’ll have to see what our much-loved transfer team manage to pull out of the bag. This should be fun.

At the Euros France and Switzerland drew, as I expected, and Granit Xhaka and Olivier Giroud had a nice hug afterwards.

“See you next season, pal. I’ll be the one delivering the 90 yard diagonals for you to head home.”

“Maybe you could try doing better than that.”

In the other game Albania beat Romania to deny me winnings but who could deny them the joy of a first ever European Championships win? Fair play. Today it’s Russia v Wales and Slovakia v England. Apparently Roy Hodgson is going to ring the changes, Jack Wilshere might even get a game, so I’m going for an England win there, and for Wales to beat Russia.

James and I will have an Arsecast Extra for you, but it’s going to be a little later than usual. I don’t want to pre-empt the storytelling of my co-host, but I suspect he might have some tales to tell as to why we can’t record this morning. It’s almost as if ill-fortune struck again. We’ll find out later on.

If you do have questions or topics for discussion, please send to @gunnerblog and @arseblog on Twitter, but keep an eye out for the call to send closer to lunchtime. Makes it easier for us to keep track.