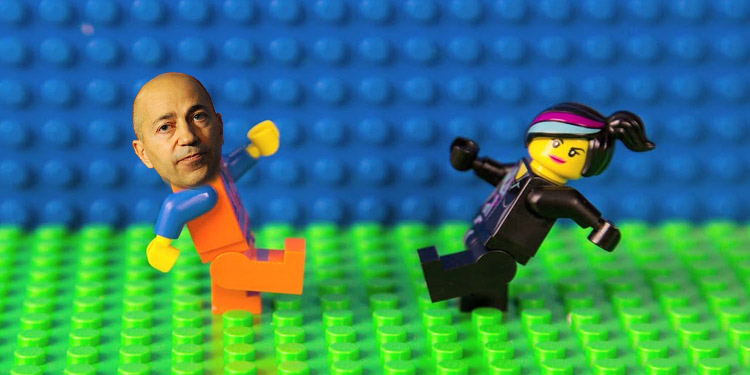 Tonight at the Emirates Stadium there’s an end of season supporters event. There’ll be a Q&A with Lee Dixon, some wine plus cheese and pineapple on cocktail sticks, while before that the Arsenal Chief Executive Ivan Gazidis will ‘welcome’ those fans and shareholders who have managed to get an invite.

There will be questions put to him about the state of play at the club, the way last season panned out, and about Arsene Wenger and his future. Somewhat pre-empting that, Gazidis gave an interview to the Telegraph, speaking to Jeremy Wilson about those things, and quite specifically about the manager.

As ever he speaks well and sensibly about things in general, and when it comes to Arsene Wenger he’s pretty clear that there are no ‘imminent’ plans to make a change. What your definition of imminent is might differ from someone else’s but I think, whatever your stance on the manager is, we all know he’s going to be the man in charge next season.

Anyway, Gazidis says that sentiment plays no part in the decision making process at the club:

Arsene would understand and support that. But it’s just not how either side feels. We feel we are on a good path.

He acknowledged that it’s something they have to think about:

One of the biggest challenges we will face is the transition, whenever it happens, but that is not something we are going to be facing imminently. Obviously, he is going to be managing us next year and we are planning and making many decisions for the long term. He’s in his mid-sixties, it’s natural to think about when his time here might come to an end, but the truth is nobody knows.

And said that Wenger himself would be part of the process:

He has always put the long-term health of the club first. He wants to hand over a football club, whenever that it is, that is in great shape. He views that as a massively important part of his legacy. But we are just not in that mode. I know Arsene wouldn’t stay on if he thought the club wasn’t heading in a good direction and thought he wouldn’t be able to deliver what the fans want.

He said there’s money to spend:

We can go and sign world-class players if and when the manager identifies them.

Quite pointed, I thought, but we know that AW does call the football shots. We’ve started well enough this summer, but it must be just the start. He also said that despite some ‘tension’ things aren’t as bad as Twitter would have you believe:

Our renewal rate on season tickets is higher historically this year than ever. I don’t use that to say all fans are happy, but most people are not engaging daily on social media and their opinions are much more nuanced than it might seem

Which is interesting. I think we can take the point that anger online on social media platforms is much more acute than in ‘real life’, but it doesn’t mean to say those all those opinions should be dismissed. As for the season ticket stuff, I realise it’s anecdotal to an extent, but I’ve had emails from a number of people recently who were a long, long way from the top of the fabled waiting list who were offered season tickets.

Since they haven’t put any new seats in or built a new wing onto the stadium I can only assume that they’re available because others haven’t renewed. Maybe the people who emailed me just got lucky, or lots of people have died and not simply said ‘Nah, I’ve had enough’.

In terms of the overall tone of it, I don’t think there’s anything particularly unexpected. It’s basically a PR piece. We know the club stand behind the manager, and the Chief Exec publicly praising the ownership of Stan Kroenke is not in any way surprising.

In terms of Arsene Wenger’s future, it would be pure folly to present anything other than a united front of support and stability in a summer when you’re trying to add quality to the squad. If there’s uncertainty about the manager it would have an impact on transfer dealings and bringing new players in. So I can see the rationale there.

What’s interesting is how much a part of the end-game Arsene will be. Although Gazidis talks about how if ‘either of us didn’t believe’, it’s hard not to think that would come first from Wenger rather than Kroenke or the board.

Anyway, it’ll certainly set up things nicely ahead of tonight’s event. We will have a full report from it later on over on Arseblog News, so keep an eye on that for greater detail and, we can safely assume, greater scrutiny from fans who won’t be backwards about coming forwards on the big issues.

Elsewhere, the goalkeeping merry-go-round might well begin with David Ospina. He’s a target for Turkish side Besiktas with their sporting director confirming their interest in him yesterday. My feeling is that he won’t want to play another season as number 2, and will want to move. Quite what we do to provide back up to Petr Cech is one of the puzzles the manager has to work out this summer.

Does Szczesny come back to understudy? Is Emi Martinez ready after a loan spell at Wolves that went ok but not much more than that? Do we spend money on a new number 2? We shall find out in due course.

Some bonus reading for from Tim Stillman who looks at Calum Chambers and what the future might hold for him.

And finally, a book recommendation for you. If you haven’t already read Michael Calvin’s ‘Living on the Volcano: The Secrets of Surviving as a Football Manager‘, it’s fantastic. It provides genuine insight into the life of a football manager, the precarious nature of the job, the pressures of it, and I would say it’s essential reading for any football fan.

As Arsenal fans the performance of Arsene Wenger has been under a huge spotlight in recent years, and when you read this book I think it’ll affect how you think about it. That’s as much as I’ll say, but if you’re looking for something to take with you on holidays this summer, this is well worth your time.

Right, have a good Friday. Weekend waffle from me tomorrow. Until then.