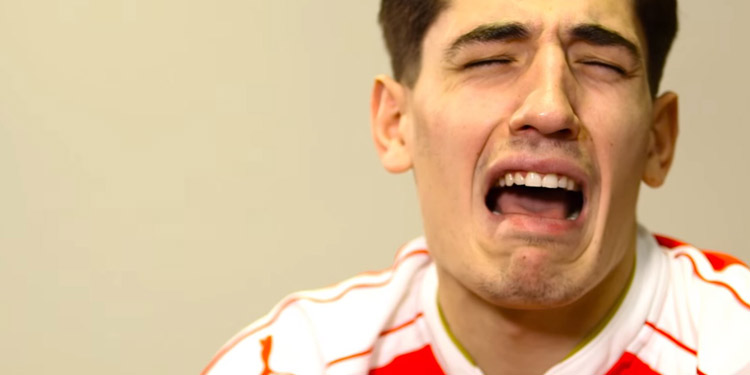 In the world of football in general, the big story was the appointment of Mourinho has the new manager of Man Utd. I think I’ve already written a bit about that this week, so there’s no need to go over old ground. I’m just going to wait until he has basically salted the earth up there, which he will inevitably do, and just say that those that think Mourinho is ‘good value’ or ‘adds fun’ to the Premier League are far more willing to put up borderline sociopathic behaviour than I am.

He will make headlines, no doubt about it. Some of them for football, but some for acting in a reprehensible way or saying things that nobody should really say. That said, in his statement about joining the club, I did enjoy the bit where he said ‘I have always enjoyed a rapport with the Man Utd fans’.

Yes, indeed he has. Still, the capricious nature of football fans, the ability to forgive past indiscretions now that he’s ‘one of us’ is unrivaled, as this rather wonderful selection of Tweets shows. I suppose it raises questions about whether or not people deserve a chance. Shouldn’t they be given the opportunity to prove themselves or make amends? Quite possibly.

But then Little Red Riding Hood would be very foolish to take in the wolf as a lodger.

In the Arsenal realm there’s not much happening apart from everyone changing their shirt numbers. This week we’ve had:

And even Per Mertesacker getting in on the action. There may even be more with suggestions that Petr Cech could take the number 1 and Hector Bellerin moving to 2 but that would require the departure of one M. Debuchy who is currently not in the France squad for Euro 2016 having banjaxed his goolies playing for Bordeaux.

The Cech situation is also complicated by the fact Wojceich Szczesny has the number 1, and with the goalkeeping situation next season still a little uncertain, we don’t know what’s going to happen there. Plus, it really doesn’t matter what number they have on, unless it’s an actual abomination like Gallas 10.

I apologise for giving you flashbacks of that this morning, but of all the things that have given us cause for angst down the years, that was right up there with the most awful of them. I heard that Vic Akers literally cried every time he laid out the kit before running off to a mountain stream to cleanse himself.

Earlier this week, we had the stories of Hector Bellerin and his ‘Barça DNA’. I’m actually at the point where I feel like the benefits of discovering DNA are now offset by the Catalan press using it at every available moment when talking about an Arsenal player who comes from that part of the world. Sure, science has used this discovery in incredible, wonderful ways.

We can cure illnesses, catch criminals through forensics, prove paternity, and so much more, but then some journalists in Barcelona go and ruin it all by using it in transfer stories about players we don’t want to let go. Anyway, Bellerin has said he’s very happy at Arsenal, and that London is his home. And when asked about his position as Barcelona’s number 1 target to replace Dani Alves (if he leaves), he said:

If Dani Alves leaves, they will need a right-back. There are a few in Europe.

Yes Hector! DNA that fellas, see how it works out for you. Today they’ll no doubt be prepping the front pages of SPORT and El Mundo Deportivo with a gigantic smiley should Atletico Madrid beat Real Madrid in tonight’s Champions League final. I’m really looking forward to this game, I have to say.

The intensity of a great local rivalry coupled with a derby match for the biggest prize in club football with one manager who borders on the lunatic and the other who has headbutted more people than that bloke who loafed Jamiroquai – one of the true heroes of our time.

Can Atletico mend the heartbreak of a couple of years ago when they were soooooo close to winning it against Real? We’ll see later on.

Some chat about that and whatever else crops up on tomorrow’s blog. Until then, have a good Saturday.