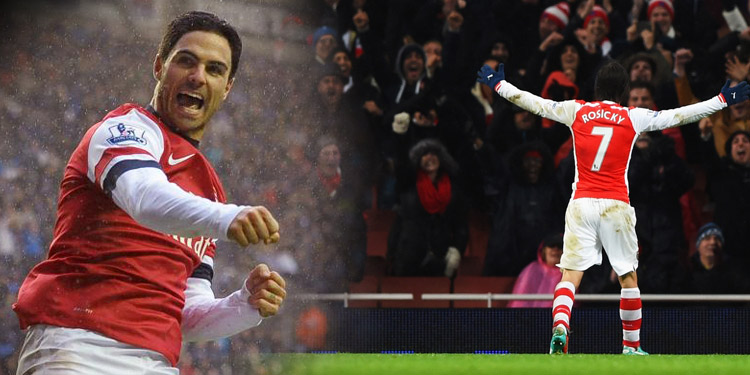 Once more unto the breach, dear friends, once more. The final day of the Premier League season, and we face Aston Villa at home. They are already relegated, of course, so the expectation of a win is high. And if other results go our way it could be a funny day.

Here’s the table as it stands right now:

We could finish anywhere from 4th – 2nd depending on what happens. If we win and Sp*rs lose to Newcastle, then we’ll be runners-up. And although some might consider it ‘small time’, there would be something quite hilarious about them having their best season ever and finishing behind an Arsenal side who have frustrated to the point where it’s a surprise there haven’t been flaming pitchforks handed out by supporters groups on the way into the ground.

If they draw with Newcastle and we win, we’d have to win by 13 goals, and considering we can never get beyond 7, that seems a little unlikely. That would mean a third place finish.

So, come on Newcastle. Do it for the fans today. They’re gutted that they’ve been relegated, time to show some pride and do it for them and for Bobby Robson. For Ant and Dec. For Sting. For Robson and Jerome. For Oz from Auf Wiedersehen, Pet. For Ser Davos Seaworth. For little Alan Shearer with his sore foot from booting Neil Lennon in the head.

Do it for comedy. We’ve had little enough to laugh about this season. You guys could make this final day really something. All of which is dependent on us doing our part and well … I take nothing for granted these days, but I’m reasonably hopeful that we might have too much for a Villa side who have won just 3 games in the entire campaign.

So, that’s the best case scenario. If we lose, and Man City win, then we’ll end up in 4th and having to play in a Champions League qualifier in early August. City are playing Swansea at the Liberty Stadium, and could themselves drop a place if they lose and Man Utd win to pip them to a top four place. What a majestic day of excitement and thrills this final day has gifted us with.

In terms of today’s team, I guess it’ll be a relatively strong side, a possible start for Jack Wilshere perhaps, but I’m not hugely invested in who gets the nod from the start once they get the job done. What I would love to see is Mikel Arteta and Tomas Rosicky get a chance to pull on the shirt one final time.

The latter has been at the club for 10 years and remains the one of biggest IF ONLYs ever. If Only he’d been fitter, less injured. If Only he hadn’t been banjaxed so often, we’d be talking about him in much more reverential terms. I loved him as a player, the way he played, and his talent was unquestionable. It’s hard not to think what might have been, or what kind of difference he might have made if he’d been around more.

You think of games where we lacked drive and purpose, some incision in the final third, and he was a player who could bring something special in that area. It’s such a shame for him and for us that his injuries got in the way, but I hope today he gets the opportunity to play for a final time in red and white.

Similarly Arteta, a player I wanted us to sign long before we actually did, has seen his final season and a half at the club ruined by injury. For some he’s become a target, a by-word for underachievement, but the part he played in steadying what was close to being a sinking ship in August 2011 cannot be underestimated. He’s been a big influence off the pitch too, hugely respected by his teammates, and an absolutely brilliant professional.

He wasn’t the midfielder some wanted, which is understandable, but in those first few seasons he became a very important and influential player, and he deserves credit for his contribution, not opprobrium for being something he’s not. Farewell, my Lego-haired prince.

In his final programme notes for today, he says:

Planning these notes was quite emotional for me, because this is the last time I address you as an Arsenal player. I would just like to thank you all so much for the way you have supported during my time here. It’s been a huge honour, a privilege, and I can only promise that I have done my best.

I’ll always be proud that I was able to help give the fans some trophies, which they had been waiting a long time for. Winning two FA Cups in a row was special, but for me it’s not enough for a club like this. It shouldn’t be the ambition. Hopefully the new generation will take this club on and become fantastic leaders and heroes here.

So, it’d be great to see them both today  – Flamini has an ankle problem it seems – and if they can play a part a day when we win a game which might prove to be hilarious if Newcastle can do it for Cheryl out of Girls Aloud, then it would be a fitting send off.

Lastly for today, big congratulations to Arsenal Ladies who won the FA Cup yesterday for the 14th time. Brilliant stuff, and what a goal it was from Danielle Carter that won it. Shades of Freddie v Chelsea in 2002, crossed with a couple of Robert Pires goals that spring to mind.

It’s one of those goals that’s so beautifully simplistic you wonder why players don’t do it more often. More than worthy of winning a cup final too.

Danielle Carter gives @ArsenalLadies the lead in the Women's FA Cup final against Chelsea with a cracking strike pic.twitter.com/fjlUWtNznr

Right, catch you all later for the match, hopefully. Until then have a good one.