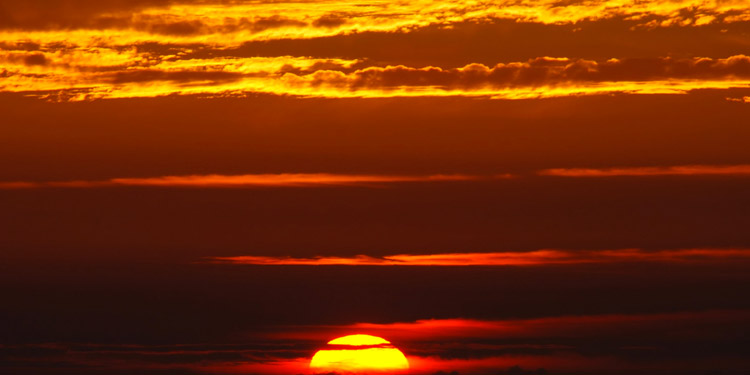 It’s rare I sit here in a morning and look at a blank page (digitally speaking, of course). In the old days we used to fashion this website with quill and parchment, using my best calligraphy before faxing it through to the word processor from whence it was made blog.

But now, it’s all WordPress and back-end and I see this and I have to fill it with words. 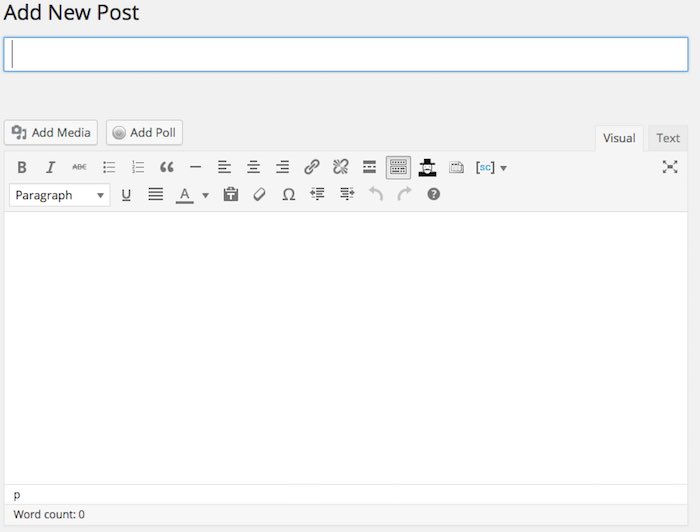 It’s all very meta, add new post with a new post that I am currently adding. Christopher Nolan will probably make a backwards movie about it, or something. But genuinely, I’m feeling a little lost for words about what’s going on.

This is unquestionably the worst it’s ever been under Arsene Wenger. I know we had that dreadful summer of 2011, a mismanaged shambles of an off-season (which wasn’t simply down to Wenger, but above him too), and that 8-2 at Old Trafford, but as difficult as things were back then, they’re even more so today.

There was much greater trust and belief in the manager to be able to turn it around in 2011. The defeat at Old Trafford was due to a team being torn apart, shorn of its best players in circumstances we played a major part in fashioning. Whatever about Fabregas and Nasri who wanted away and made sure they got away, those situations could have been dealt with more quickly and more efficiently by the club. It wasn’t as if it was a big surprise on the eve of the new season and we were caught open mouthed. The word saga wasn’t used for nothing.

This time around though, it’s different. Since 2013 we’ve invested in the squad. Not as much as we should have, particularly last summer, but since August 2013 we’ve spent lots of money.

I know some has been recouped through sales, but in pure outlay it’s as much as we’ve ever spent in a two summer period, plus the January additions. Not only that, when we went on our mad shopping dash in 2011, we brought in four players, of which just two had any significant impact.

Andre Santos had his moments but for the most part looked like a that fella who is a mate of a mate who can do loads of keepy-ups and you’re short for a Sunday league game and he comes along but is knackered after about 10 minutes. Park Chu Young at least gave us this, but from a footballing point of view was basically useless.

In time I think people will appreciate what Mikel Arteta and Per Mertesacker did for the club in terms of steadying what was close to being a sinking ship. Two men who captained the side and whose experience and quality is easy to dismiss in times of anger and frustration, but without whom we might have found life much more difficult much sooner.

It’s what makes this current crisis – an overused word for sure but quite apt at the moment – even more frustrating. Last summer was, in hindsight, a huge mistake. Wenger’s gamble on the fitness or ability to contribute of certain players has cost him badly.

Not buying a single outfield player is something I’m positive he’d go back and change if he could. Not because spending is the answer to every problem, but because sometimes not spending begets a culture of complacency – something I think we’ve seen this season.

He could have made tough, but not unreasonable decisions, about Arteta, Rosicky, Flamini and a couple of others. On the one hand his faith in players and loyalty towards them is admirable, certainly from a human point of view, but on the other it’s hard not to look at it as risk averse, the actions of a man who loathes confrontation not willing to call time and have those difficult conversations.

We have stories floating about this morning about how players and staff are ‘baffled’ by ‘bizarre decisions’, and while I can’t speak to the veracity of them, or the sources for them, it’s unusual for that kind of thing to emerge from the inner-sanctum. It might well be a case that the circumstances allow for speculative reporting, but at the same time it’s not unknown for sinking ships to produce a few rats.

The Mirror report that Arsene Wenger was taken aback by the abuse levelled at him from the stands during/after the 1-1 draw with Crystal Palace on Sunday. He’s been in the game for many years, he understands fan dynamics well enough. An angry man in the stands isn’t very well going to shout ‘Excuse me Mr Wenger but I find myself most vexed at your team’s dismal showings in the last few months and I would very much like you to do something about it, if that’s not too much trouble.”

It doesn’t make it any less unpleasant though, and while I’m all for a new manager – because I feel that’s what the club really needs at this point – I still think it’s sad that a man who has done so much for Arsenal is subjected to that kind of vitriol. He’s not an arch-villain or the enemy, just a man whose influence has waned over the years – something we’ll all have in common with him at some level.

The club cannot be unaware of the level of frustration and anger. From what happens inside the ground, to outside, online, and everything else, they know how to take the temperature. The manager knows fine well too. He’s got his people, friends in formerly high places, who can tell him what’s going on and what people are feeling.

And I think there’s a danger it could get worse. When your season boils down to hoping Leicester can stay the course and not allow a Sp*rs team that look far better than we do to pip them to the title, you know something’s very wrong. Should the unthinkable happen, I don’t think there’s any gauge big enough for how that will go down and how it will reflect on our own failings this season.

All that’s left now in this Disaster Bingo of dressing room ‘leaks’, fan anger and the rest, are the inevitable transfer stories linking our best players with moves away. I am not a betting man, but I would stick my house on that happening before long. And I don’t know what the manager or the club can do to arrest that in the short-term.

Update: Within minutes of posting the blog I was made aware of this in The Times: 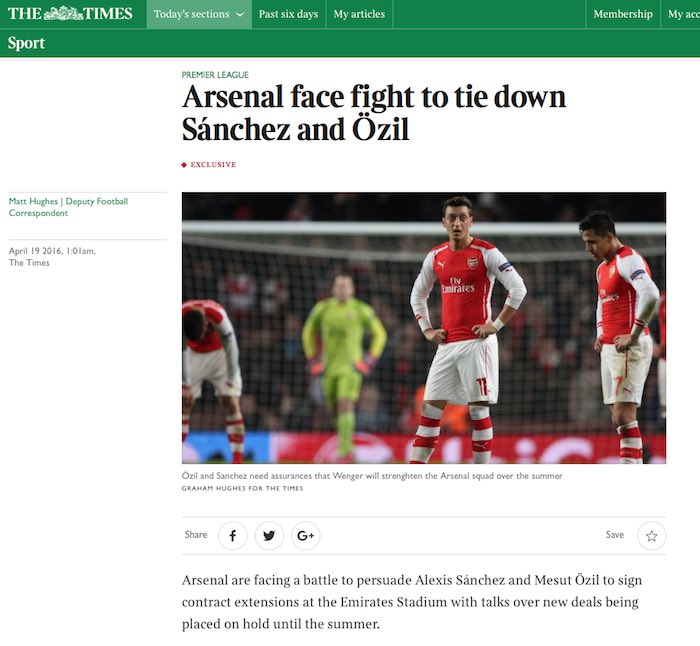 There is likely to be a stark reminder of how poor performance is affecting the club when we play West Brom on Thursday. There were empty seats on Sunday, I suspect there’ll be even more for that game. I know that there are fewer people reading the blog, listening to the podcasts, and everything else. People are switching off.

Still, when I set-up this blog in 2002, we said for ‘For richer or poorer, in sickness and in health, for better or worser, for top four or not top four, till death do us part’.

See you tomorrow so, because whatever happens, and how it happens, there’s a football club that will go on for longer than any of the people involved right now.

In the meantime, have a listen to this week’s Arsecast Extra. It was cathartic doing it to an extent, so hopefully it’s the same when you listen to it. James and I discuss Palace, the manager, and lots more.

ps – I haven’t been able to stop watching this since yesterday. It’s the Theo Walcott falling over of fan reaction. Superb.

*Also, in relation to the title, ‘bad’ is relative. We’ve gone through periods as a football club which have been far worse than this, so it’s in the context of what Wenger has done throughout his almost 20 years here.