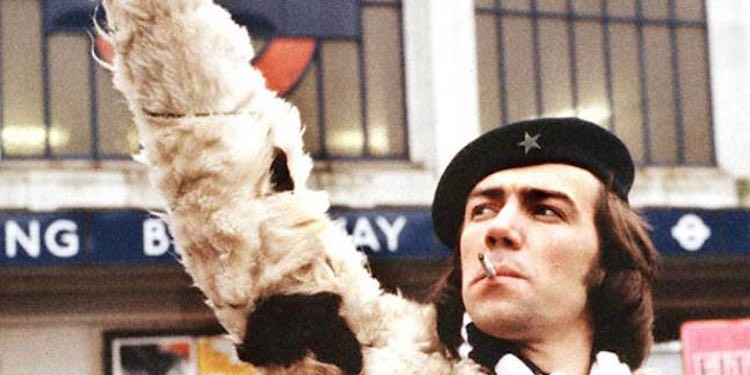 The only place to start this morning is a protest planned for this weekend before, during and after the Norwich game. It’s the brainchild of The Gooner, REDaction and the Black Scarf Movement, with approval from the Arsenal Supporters Trust.

You can read about it here. They’re asking fans who wish to be involved to download and print out a sign which says: “Time for change – Arsenal is Stale – Fresh approach needed”.

We have an absentee owner who takes money from the club whilst not engaging with fans. We have a manager who won’t use the resources available to him, to strengthen a squad which everybody can see needs investment. Throw in some of the highest ticket prices in world football. And, all of the Groundhog seasons, where it’s clear that the fans’ ambitions are not matched by those in charge.

Whether it’s the manager, whether Stan Kroenke has to go and whether the Board needs shaking up and reminding that we’re a FOOTBALL club, change is needed at Arsenal. A fresh approach to bring some excitement back to this great club of ours.

There’s no question that this has been another season of frustration and that for many a kind of breaking point has been reached. For some it means staying away, for others a need to make their voices heard. Human nature. What’s clear is that the idea of the protest is one which, even if there’s more consensus than ever about the direction the club should go in, remains quite divisive.

From the reaction I’ve seen on our news story on it, to the comments on Facebook, there are people very much in favour, and those vehemently against it. Not because they think everything is hunky dory, and not because they’re blindly in thrall to the manager or the board, but because they feel what happens inside the ground during the game ought to be separate and the team supported.

Personally speaking, and I know some won’t agree, I think the 90 minutes should be sacrosanct. Support the team, get behind them, and afterwards you can say what you believe needs to be said. Some will question the effectiveness of that, which I understand, but it’s just my point of view. I did ask each of the groups involved about the decision to protest during the game itself, their responses were:

AST: “We are urging members to read the REDaction and BSM statements and decide what’s best [for them]”.

REDaction: “We are encouraging the most vocal protest to be after the final whistle, so no suggestion that this should affect the team. And it goes without saying, during the game please give your maximum (and loud) support to the players on the pitch.”

BSM: “Marches pre-match have been done before and got some decent coverage. Big banners & flags are just a few people but we wanted to get all people involved who felt passionately about these issues.

“Post match, most people have pissed off already before the match finishes! Therefore it’s a simple way to protest, a chance to get numbers (assuming people have the balls) and of course the game is live on TV.”

So, I guess people can make up their own minds on what they want to do in that regard. They’re paying their money, if they choose to hold up a sign during the game, then they’re perfectly entitled to do so. I do worry that this will only add to the tensions within the fanbase though.

The Norwich game is described as ‘… a pretty meaningless end of season kickabout’, a description I wouldn’t agree with. If the consensus is that we want the club to move forward and be more competitive, then it’s an important game to help achieve that. As I wrote earlier in the week, whatever you might think of the Champions League, it plays a big role in attracting new players and keeping the best players we already have.

I don’t buy into this idea that falling out of it is positive in any way, or that it might shake the board and manager so much that they suddenly wake up. So in that sense, the Norwich games means something – obviously not as much as we would have liked – but it’s not meaningless, and I question the need to dismiss it in that way. The point about the protest could be made equally well without that.

There’s also a broadness to the protest too. If we’re being completely realistic, the main driver of it is the desire to see a new manager, but there’s a design by committee feel to it in places so it’s not that specific. It’s one thing saying Stan Kroenke needs to be changed, but how is that going to happen? Does anyone genuinely believe that this will have any impact on his ownership? Or, when it comes right down to it, Arsene Wenger’s position? But I guess it’s that sense of futility that nothing will change that has played a part in the protest happening in the first place.

Whatever your point of view though, there’s no question the situation at the club is pretty toxic at this moment. I don’t think it’s helped by the unpleasant nature of some of the people involved in the campaign for change. It is possible to be angry and frustrated and disenfranchised and to want things to change, but to also maintain a level of manners and decency. You don’t have to look far to find a small coterie of people who are making a lot of noise right now who don’t do that. Anger and abuse and in-fighting is, ultimately, counter-productive. It only adds to the divisions.

All in all, it’s sad it’s come to this. Those who say there are other clubs who would love to have Arsenal’s issues may appear to have a point. In footballing terms, finishing top four every season is very much a first world problem, but they’re looking at it from the outside. From within the prism of another campaign that has seen us fail to maintain another title challenge in that old familiar way, it’s intensely frustrating. Context is king, as they say.

I just hope that it won’t further add to the rifts that exist between fans, because when it comes right down to it, there’s a greater sense of agreement than ever on what Arsenal as a club need to do to move forward. I guess we’ll find out soon enough.