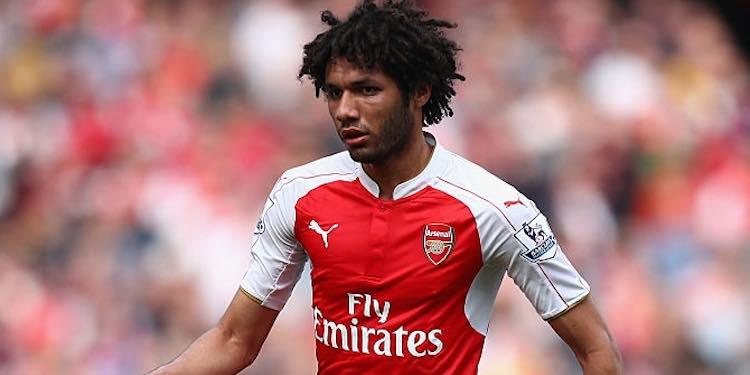 When we asked for questions for this week’s Arsecast Extra, there was more than one about whether the victory over Watford came about because the gap was so big between us and Leicester that the team didn’t feel pressure to win the title anymore.

The implication being that battling for a top four place is where Arsenal feel most comfortable. Given that title challenges have fallen by the wayside before, it’s an understandable question. You look at last year, we were out of it really early in the season, but put in a pretty excellent second half of the campaign.

This time around, we were top in January and way behind in March. Then, all of a sudden, when the title is out of reach, we put in two excellent displays against Everton and Watford. Now, if you were to ask me in general about our run of form since January until these recent displays, I’d have said we choked to a certain extent.

The opportunity to win our first Premier League since 2004 was obvious, and when you go on a run which sees you win just 2 out of 9 games, it’s hard to escape the conclusion that the pressure got to us. Letting in a late goal at Anfield; failing to take any of the chances we made against Southampton; self-destructing against Chelsea; making a kid look like a world beater at Old Trafford; throwing away the lead against Swansea and ending up losing; it’s dismal stuff and I have no doubt that our inability to do better in those games was partly due to the team being unable to master the occasions.

At the same though, this is a team that has dealt with pressure situations before. There were years when making the top four itself seemed out of reach, but we put together runs of results which helped us to do that. Last day wins helped us scrape in there at the expense of those who didn’t mind the gap. Coming back from 2-0 down to win the FA Cup in 2014. It’s different, but it’s still pressure.

And to my mind the obvious difference between the last two games, in which we’ve looked much more like an Arsenal team than we have for a long time, is that there’s balance in key areas of the pitch. I don’t think it’s just because we’ve discounted ourselves from the title race that we’ve scored six times and kept two consecutive clean sheets.

It may well have a part to play, but primarily it’s because we have a midfield that functions, and we have a front three that has breathed some life back into us and made us less predictable. Finding a combination that works in midfield has been far more important than the demands of a title challenge. Arsene Wenger said of Mohamed Elneny:

He is a very intelligent player who is also very mobile and works very hard for the team. He gives us tactical stability. He made a very good pair with Coquelin in terms of winning the ball back, and also in the distribution as well.

Such is his impact that you can’t help but wish he’d been signed last summer. The manager’s gamble on the existing members of the squad being able to provide that cover did not come off. Mikel Arteta has hardly been fit, Jack Wilshere is facing another season without playing, and after the loss of Santi Cazorla the other combinations just didn’t really work.

Another question was ‘What happens when Aaron Ramsey and Santi Cazorla come back?’. To my mind the answer is they sit themselves down on the bench, provide us some depth in that regard, and wait for their chance to come. In the meantime, it would be downright foolish to try and accommodate either of them for reasons of seniority when this current duo are showing such promise.

That run of 2 wins in 9 also coincided with the now annual Olivier Giroud goal drought, and Theo Walcott reverting to his inconsistent norm. Giroud is our leading scorer this season, but if there’s a certainty in this life it’s that when you play him every single week, fatigue plays a part and he stops scoring. When that happens, he’s easy to play against, and so too are Arsenal.

We become predictable and much less effective from an attacking point of view. The return of Danny Welbeck has helped, as has the decision to eschew Walcott’s ‘experience’, and even the at-times impressive Joel Campbell, for a youngster like Alex Iwobi.

Again, it’s difficult not to look back wistfully on this season and wish that even if we didn’t buy that ‘world class striker’ last summer, we’d had Welbeck fit. The lack of alternatives up front has been a problem, and again it comes down to what the manager knew about his fitness, and whether or not he knew he was going to be out this long.

What we can say is the idea of Walcott as a genuine option up front was always fanciful, and this season has proved that. Measuring his effectiveness as a striker on a hat-trick against a team on its holidays always felt short-sighted to me, and that he’s had so few games this season when he’s been in any way effective in that position tells its own story.

Now, however, we have Welbeck, Iwobi and Alexis and frankly I don’t quite know what they’re going to do up front. There’s a measure of unpredictability to what they do and how they do it. It’s a million miles from Giroud being the outlet, holding it up and Arsenal trying to play off him. When that works, and it has done many times, it’s a fine way to play. When it doesn’t, you could defend it with your eyes closed.

So for me, these last two games have been more about an Arsenal team that’s set up in such a way that attacking isn’t a paint by numbers exercise, and with a secure platform on which to base that part of our game. The midfield is no longer wide open, and defensively we’re much better because of that. And there’s still pressure – there’s no question that the expectations are still high, even if the title is nigh on impossible, so let’s not pretend that there are no demands still on the team.

You could argue that it’s too little too late, and I’m not going to counter that in any way, but it’s better late than never. And for me it’s more about ability and quality than mentality.

If you fancy listening to the podcast, which also features discussion of the Watford game, Mesut Ozil, Alex Iwobi, doping in football, and the hilarious Real Madrid team photo, you can stream it on site here. You can also subscribe in iTunes or via Acast or whatever your favourite podcasting app is.