Hello everyone, welcome to Friday. I’m glad there’s some football coming up because I’m kinda tired writing about other teams.

I suppose I have to mention the Mugsmashers last night. Crikey, what a game of football that was. Dortmund seemingly in control and them KABLAM, bonkers late winning drama. I texted the Mugsmasher himself after the winning goal. His response tells the story: 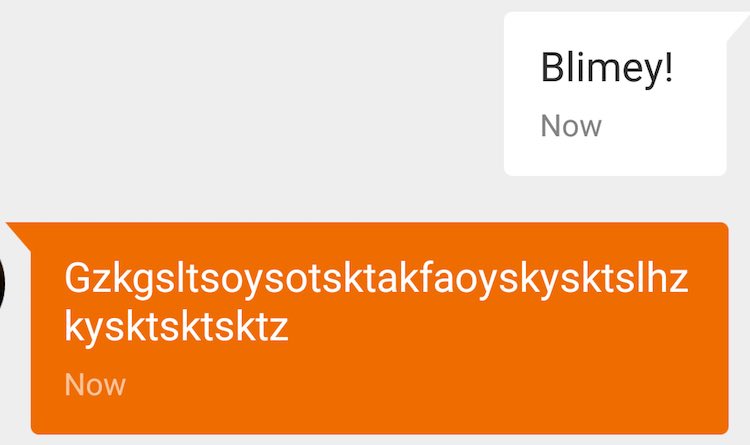 Then, apparently, there was a fight in the middle of the penalty shoot-out between Sevilla and Athletic Bilbao meaning there’s been more fun in one night in the Europa League than the whole of this Champions League season so far. By the time the final comes around, anything will be possible. Crab people emerging from the earth but given offside sparking a ruck that spreads to the stands before the stadium is sucked into a vortex to another dimension. Can’t wait!

Anyway, we’re here for Arsenal, mostly. It’s been a very quiet week and we have yet to get any team news ahead of Sunday’s game. The manager will meet the press this morning so we’ll have all the info then, although Jack Wilshere played for 90 minutes yesterday as the U21s spurned a chance to win promotion to Division One next season when they lost 3-1 to Swansea. They still have another game to play in order to do that though.

Wilshere was joined by Tomas Rosicky, who played just over 70 minutes, while former Alex Iwobi Serge Gnabry scored Arsenal’s only goal. In reality, it’s too little too late for either player to make a meaningful contribution to this season, but as I said the other day, I’m glad we’ll get to see Rosicky again before he leaves in the summer.

Elsewhere, former Gunner Sebastien Squillaci had some interesting things to say about his time at Arsenal and the way the team struggled defensively. Speaking to the Ligue 1 show on beIN Sports, he fully accepts his part in it, admitting he didn’t play anywhere near as well as he could:

I wasn’t good enough overall. I feel the criticism was a bit exaggerated, but that’s the way it is. It’s a shame, but that’s part of a career. I’d never experienced that before, I’d always been a first choice player at other clubs.

He’s certainly not making excuses for himself, but he’s quite informative when talking about what was expected from the centre-halves at that time, with the team’s focus on attacking, no real defensive midfielder, and full-backs whose primary job seemed to be to get caught out of position far upfield:

It’s always been difficult for central defenders at Arsenal. It was very open, and often we found ourselves defending in the middle one on one with the opposition attackers. It was never easy. It was very attacking. But that was the club’s philosophy.

I talked about it with coach Wenger. He told me, ‘I know it’s difficult, but I want us to play like this, I want the attacking players to have more freedom and less defensive work’.

To be fair to him, he goes on to note the change in the last little while. There is, on paper at least, a more solid set-up, with more protection for the defence, and more focus on that side of the game – how effective that is is another thing entirely. Nevertheless, it’s refreshing to hear directly from the horse’s mouth how difficult it was to operate under that particular system.

I don’t think he was ever the best defender in the world, but when you look at what he’d done before he arrived, he should have been a better fit than he was. Some of that, as he says, is down to him, but sometimes things just don’t go for a player at a club and given that he’s still playing (and fighting with Zlatan) he was one for whom the circumstances and timing just didn’t work out.

Right then, time for this week’s Arsecast, and on today’s show I am beset by audio woes as the installation of new equipment reminds me to just leave stuff alone. Eventually I manage to talk to The Man from East Lower, and at some point we discuss football, the manager, what’s left of this season and more. After that, I chat with Ted Knutson, founder of StatsBomb, about the ever-increasing use of stats and data in football, from analysts to specific departments in clubs, and the growing influence it’s having on the game itself.

For some bonus reading this morning, Tim Stillman looks at the path to first team regularity for young players, well worth your time.

As ever we’ll have all the press conference info for you over on Arseblog News, and everything else during the day. The Gent will be here later, more from me tomorrow.