Some time in the interwar years, when the sun never set on Britain’s empire, I was on a hunting trip in the Kentish Weald. It is a most agreeable part of the world; it has three distinct parts: the High Weald, the Low Weald and the Greensand Ridge, which includes its highest points. It was on some high land, when searching for some deer to shoot, that I happened upon a picture postcard Gypsy encampment. Kent at that time had a large gypsy population, who were drawn to the seasonal work on the farms, and I was invited to enjoy supper with them. I became drawn into conversation with a dusky beauty; high cheekbones, an exotic braided hairstyle and an athletic, cat like frame. I was at once smitten by my Gypsy beauty and employed one of my many methods of seduction. Rather than the modern method of sending a drawing of an aubergine by mobile telephone, I preferred the words of Christopher Marlowe:

Come live with me and be my love,
And we will all the pleasures prove,
That Valleys, groves, hills, and fields,
Woods, or steepy mountain yields.

It did the trick and soon we were making passionate love under the stars. I truly felt that I had found my life’s love. The fact that I was a luxuriously wealthy member of the landed gentry and she was an apple picker on a penny a day would be of no matter. Before I slipped into slumber I resolved to ask for her hand in marriage the very next morning.

I awoke to see the remains of the fire smouldering away, and where the wagons were at rest that last evening, they were no more. My gypsy love had abandoned me. Until, that is, Arsenal played West Ham United at the Boleyn Ground. For there, wearing a number 9 upon her back, was my gypsy maiden. 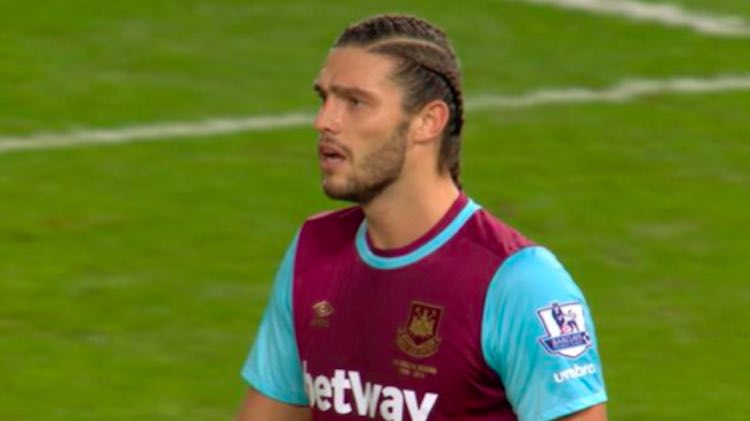 She had returned to me via the magic lantern! Joy unconstrained! Those cheekbones! That hair! The nimble, cougar-like bearing! She was now calling herself ‘Andy’, the commentator claimed, and she conspired to score a hat-trick against The Arsenal. Well played, my dusky love! My wonderful bellibone! You magnificent, wild wench! Just feast your eyes on her! Admittedly, she could perhaps do with ten minutes in the hands of a depilatrix, but once her beard is removed she is every bit as fragrant as she was that night in 1930. I am coming for you, my love.

She was rightly awarded Woman of the Match for her hat-trick, which ended Arsenal’s hopes like that famous West Ham fan Jack the Ripper ended the hopes of several women in the East End all those years ago.

In the most Arsenalistic of fashion, we went a brace up within half an hour or so, via Orwell and Saunders. If you’re pretty much any other club, going two up is a sign that you’re in control. If you are Arsenal, a two goal lead triggers a big red switch marked PANIC inside the players’ heads, and sure enough The Gypsy Queen’s treble, 10 minutes either side of Oranges, meant that the best we can now hope for is for Spurs to Spurs it up in a Middlesex way in the last few games before Fosse are crowned champions. Costerley salvaged a point for us but our title horse has now not only bolted, it has started a family and moved to Spain.

Next season, West Ham will move into the Olympic Stadium in Stratford. This is quite the move for the club, and if we are not careful, Ironworks will become yet another mid-table club such as Spurs and Leicester, to be snapping at our heels.

Mr. Pardew’s Palace may well provide some light relief on Sunday, but even a series of wins agin Palace (16th), West Bromwich (14th), Sunderland (18th) and Norwich (17th) are far from assured with this team of nincompoops, deserters and slipper-shod nambie pambies.

Manchester City loom on May 8th before the relegated Midlands battalion of Aston Villa arrive on the final day with both boots already in Division 2. One thing we have in common with Villa fans is that both sets of fans cannot wait for that silver snail to be blown on May 15th. Our respective sufferings will be over in this season of missed opportunities. And there is nothing worse than a missed opportunity.

If I had been bolder with my gypsy queen all those years ago I would not have had the heart-rending pain of watching her reappear to score a hat-trick against us last weekend.