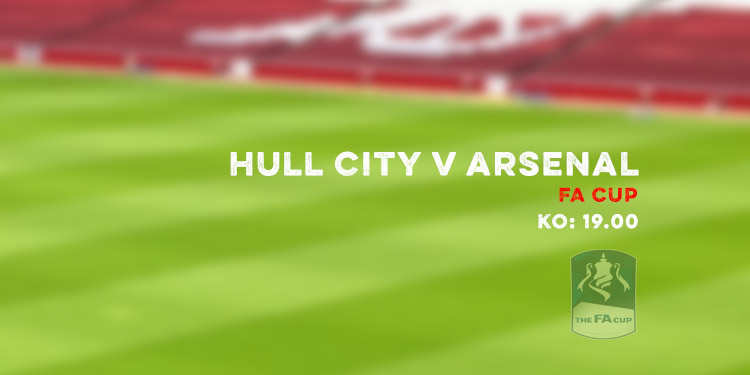 FA Cup action this evening, a 5th round replay against Hull City, kicking off at the unusual time of 7pm. This is because the clubs had to receive special dispensation from UEFA because there’s Champions League football tonight, and blah blah blah TV contracts exclusivity blah blah blah, but they’ve been so kind as to allow us to play this game anyway.

I think some changes to the team this evening are inevitable, although I’d be tempted to keep it stronger than he usually might, simply because this is a game we must win. Not just because our position in the Premier League increases the importance of the FA Cup for our season, but also because any kind of win and addition to our fledging momentum is a good thing.

After the draw with Sp*rs, Arsene Wenger says:

We feel we had the right response after going down to 10 men. We were really down after Swansea because that was a terrible night for us. We responded very well, showing this group is united.

Some might see it as an unwelcome game, I think it’s quite welcome indeed, because anything that gives us another chance to find some rhythm and a modicum of form just in case things go haywire in the Premier League is fine by me. I don’t necessarily expect that, but this of all seasons you just never know.

No place for Theo? Maybe he might play him ahead of Alexis, but after scoring against Sp*rs, I’d be tempted to stick with him. He’s a player who scores in bursts, and it might do him some good to play again tonight.

Hull, despite the fact they’re slap-bang in the middle of a promotion campaign and will probably rotate a bit themselves, will surely be out for some measure of revenge this evening. We’ve beaten them in successive seasons in this competition, the 2014 final and the third round last year, so this is not going to be easy by any means.

However, in the first game we had plenty of chances, we just could find a way past Mr Stretch in goal. Some of that was down to him making good saves, but some of it because we just didn’t make the most of the opportunities we created. If we can do similar tonight, and be a little more clinical in front of goal, this is a game we should win.

Meanwhile, Arsene Wenger has reacted to questions over his future, and the pressure he’s under after recent results, by calling the line of questioning ‘boring’. At his press conference yesterday he was asked what he thought about the likes of Dennis Bergkamp, Thierry Henry or Patrick Vieira being touted as possible replacements (stories I can’t really remember seeing, so I suspect there was a touch of mischief making with the question).

With the cameras on, he replied:

People talk and you have more people talking than 20 years ago and more opinions. That doesn’t change the pressure. The real pressure comes from your desire to win the next game and that is the only one that matters really. I do my job and one day someone will replace me. That is part of life. I try to do my best and leave this club in the best shape so the guy coming after me will have good potential to work with.

With the cameras off, he was slightly more tetchy about the whole thing, saying:

I have worked here for 19 years and I’m always sitting here having to justify that I’m good enough to do the job. I have no problem to cope with everything but I find that a bit boring in the end. I always have to convince you that I am good enough.

I am not on Twitter. I don’t invite anybody to go out to dinner and be nice with them. I work and work and work and work. If it’s not good enough, someone will tell me one day. That’s all I can do. I do not worry what you [journalists] say about me or what fans say about me. I try to do my job in a proper way and with full commitment. After that everybody has the right to have an opinion.

I am humble enough every day to question myself, to accept my mistakes and, believe me, I do that. I feel privileged to have the confidence of the club for such a long time. I work seven days a week with full commitment. That’s all I can do.

Plenty of opinions have been expressed in recent times, and even the most vociferous of Wenger’s detractors wouldn’t say there’s any issue with how much he works. It’s widely known he’s something of a workaholic, his life revolves around Arsenal and football. But it’s not the quantity of his work that’s the issue, it’s the quality of it. That’s what has people frustrated.

Nobody but mad people thinks he just picks up his wages and sips Piña coladas in his hammock without a care in the world when we lose. He cares, deeply. You can see that in his face during and after every game, but when results and performances are poor, you’re open to criticism and questioning. And when you’re a manager in his mid-60s who has been at a club for this long, questions about change are inevitable also.

At the same time, he has every right to feel bored by them as people have to ask them, in the same way that fans might feel bored by familiar failings, and he will probably continue operate as he always has done. Whether this season and what feels like inevitable failure in the Premier League will spark some kind of change in him remains to be seen, because being absolutely realistic about this club and the way it operates, that’s the most likely kind of change we’re going to see.

If you haven’t yet had a chance to listen to this week’s Arsecast Extra, James and I discuss the derby, the comeback, what it might mean, individual performances and much more. We also answer listener questions about Alexis, what the fans can do, and how to make tea properly.

Get it on site here, subscribe via Acast or iTunes or find us in your favourite podcasting app. The show is sponsored by Cornerstone, for fantastic offers and discounts on the best shaving kit anywhere, visit cornerstone.co.uk/arseblog. Every sign up helps the podcast, so your support is much appreciated.

Catch you later on for the game, we’ll have a live blog as usual. Come join us!